What To Watch September 2nd To Take Away The Blues 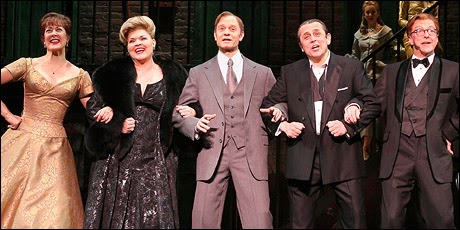 What To Watch September 2nd To Take Away The Blues

1pm: Primary Stages Lunch and Learn Primary Stages will host a Writers Group dedicating the full hour to writing. Bring something you’ve been working on or a blank page to start something new and talk to your fellow writers about what you’ve written.

5pm: Student Stream Met Opera Cendrillon.  Charles Perrault’s 17th Century tale keep the fairy godmother, the cruel stepmother, a sumptuous ball and Cinderella’s glass slipper. But in this case, it’s all accompanied by the elegant Jules Massenet score that made the opera an instant hit when it premiered at Paris’ Opéra-Comique in 1899. Bertrand de Billy conducts this 2018 performance conducting and Laurent Pelly’s directs. Joyce DiDonato is the heroine with Alice Coote as Prince Charming, and Kathleen Kim, Stephanie Blythe and Laurent Naouri.

7pm: Bars and Measures Urban Stages. The first entry in Urban Stages’ September Play Fest, Idris Goodwin’s play tells the tale of two brothers. One is a classical pianist. The other is a jazz bass player. One a Christian. The other a Muslim. One living in freedom. The other in jail. Separated by bars, can the brothers reconcile their differences through the language they know best: Music? The virtual reading features the same cast as the 2019 production (pictured above): Shabazz Green, Roderick Lawrence,
Abraham Makany and Salma Shaw

7:30: John Adams’s Nixon in China President Nixon’s controversial 1972 visit with Chairman Mao in Beijing might seem an unlikely candidate for an operatic retelling, but in the inspired hands of composer John Adams, the meeting of politics and music not only works, it feels essential. The Met’s landmark staging brought together a host of modern luminaries, including director Peter Sellars and choreographer Mark Morris, who vividly capture the tense mood of the historical moment. A must-see for those who like their opera thought provoking, sensational, and true to life.

8pm: Playbill Social Selects: At This Theatre Take a virtual tour through the historical theaters of Times Square and beyond hosted by the owner of Broadway Up Close, Tim Dolan.

8pm: Jauria/Spain International Voices Project Based on a court trial where the victim is forced to provide more details on her personal intimacy than the defendants.