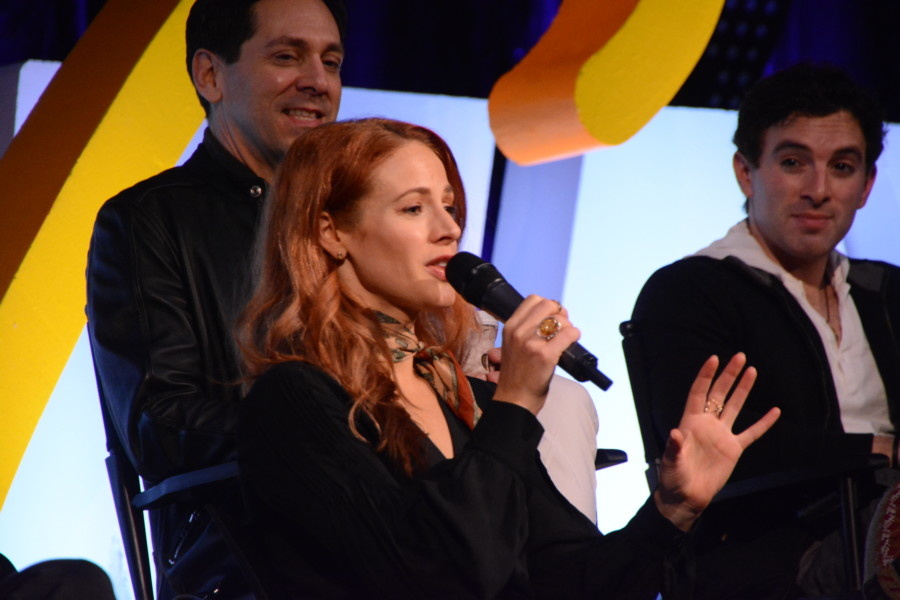 2:30: Three Kings Old Vic. A solo play by Stephen Beresford about fathers and sons written for Andrew Scott to perform during the lockdown. The play will be streamed live directly from the Old Vic stage with the empty auditorium as a backdrop for five performances only. (This is the rescheduled opening after the initial July run was delayed due to Scott’s “minor surgery”)

3pm: In Love and Warcraft American Conservatory Theater. In Madhuri Shekar’s play, college senior Evie prefers the online role-playing game World of Warcraft to real life. In the game, she’s a fearless warrior with a boyfriend. In real life, she ghostwrites love letters for people, even though she’s neither been in love. When Evie becomes attracted to her client Raul, she must decide whether or not to let her powerful and sexy warrior character out in the real world. Live performances 9/4, 9/5, 9/11, 9/12, in which you can chat, or on-demand 9/18 – 9/25

3pm: Put On Your Dancing Shoes! Best Of Dancing  Join Cirque Du Soleil’s as we tap our way to this Friday’s new special: Best of Dance! Flick, frame, glissage, hip twist, lockstep, lunge and step! Get your moves on, this Sept 4th at 3pm E.T. as we take you on a tour of some of Cirque du Soleil’s the best dance moments.

5pm: Julie Halston: Virtual Halston Broadway actress/comedienne Julie Halston is coming to a laptop near you! After ranting and raving on stages and cocktail parties, the comedy queen will launch “Virtual Halston,” a weekly half-hour gab-fest spotlighting her famous friends. This week’s guest

Dinner with Friends is a funny yet bittersweet examination of the married lives of two couples who have been extremely close for dozens of years. Although it seems to be treading on familiar ground, the play keeps changing its perspective to show how one couple’s breakup can have equally devastating effects on another’s stability.

The comedy first premiered at the 1998 Humana Festival of New American Plays before opening Off-Broadway in 1999.

7:30: The Gershwins’ Porgy and Bess A supremely American operatic masterpiece and one of the last and most ambitious works by one of the nation’s greatest musical talents, Porgy and Bess returned to the Met stage for the first time in 30 years to open the 2019–20 season. The opera’s score features a rich cache of individual arias—“Summertime,” “It ain’t necessarily so,” and “I got plenty of nothing,” just to name a few—many of which have become classics of the Great American Songbook. Much of the work’s dynamism comes from Gershwin’s explorations of the Gullah music of Tidewater Carolina, which he melds seamlessly with the then-contemporary language of jazz.

8pm: Broadway Relief Project: Teal Wicks (Broadway’s Wicked, The Cher Show, Finding Neverland) takes the stage for a solo show at Open Jar Studios, as part of the Broadway Relief Project concert series. Concerts are held in one of Open Jar Studios’ 4,000 square foot spaces, which is transformed into a socially distanced cabaret. Audience members are seated over 20 feet away from the performers with plexiglass panels placed between each seat.

The series gives limited capacity audiences their first opportunity to experience live performances again, following over five months of Broadway being shut down.

The concert will also benefit One Tree Planted, a charity chosen by the artist.

10pm: Latino Theater Company: The Last Angry Brown Hat A “sneak-peek” reading by the Latino Theater Company of Alfredo Ramos’s play in which four former members of the Brown Berets, a 1960s militant Chicano civil rights organization, reunite after the funeral of a pal. Together, they confront the dichotomy between their youthful anger and radicalism, and their current, more conformist lives filled with adult responsibilities.

Originally announced for LTC’s 2020 on-stage season at the Los Angeles Theatre Center, the fully staged production has been postponed until 2021. The reading will be preceded by a live, online conversation with the artists on Thursday, Sept. 3, also available on demand for 10 days.

10pm: Word Up! Word Up! joins The Old Globe’s online roster of programming. More of a gathering than a show or a class, Word Up! is a digital opportunity for community members to connect with each other.

Suzanna BowlingOctober 30, 2022
Read More
Scroll for more
Tap
What To Watch September 3rd To Take Away The Blues
What a Weird Pandemic Summer It’s Been — We need Bruce Springsteen To Save The Day