What To Watch September 6th To Take Away The Blues 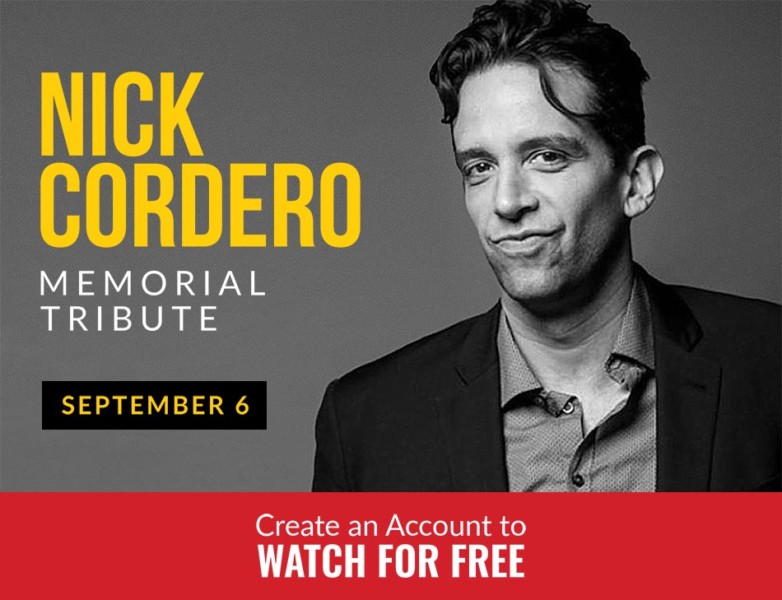 What To Watch September 6th To Take Away The Blues

*1:00pm The Cucuy Will Find You by Jaymes Sanchez

2pm: The Comedy of Coping  Emmy and Golden Globe-winning writer/producer Cindy Chupack and her good friend actress and New York Times bestselling author Annabelle Gurwitch will discuss how they mine humor from heartbreak and humiliation in The Comedy of Coping, the latest Jewish Women’s Theatre (JWT) Zoom program, and whether it’s possible to find humor in the time of  COVID.

Chupack and Gurwitch will also share stories of their friendship, their ever-changing lives, and successful but challenging careers, from single women to married and then divorced single mothers.  They will also reveal how they discovered their comedic voices and the challenges they faced on the road to success during the popular Sunday Morning at the Braid series, now Zooming every other Sunday morning.

McDaniel serenades audiences and shares stories from his life and career on Broadway, concert tours, and his days as Rosie O’Donnell’s band leader on The Rosie O’Donnell Show. He has previously collaborated with artists such as Carol Burnett, Cab Calloway, Kristin Chenoweth, Paul Newman, Madonna, Patti LuPone, and Bette Midler. Be sure to join him for Sunday Tea!

7pm: Nick Cordero Memorial Tribute Broadway on Demand will stream a memorial tribute to Nick Cordero, the Tony-nominated actor who created leading roles in the Broadway musicals Bullets Over Broadway, Waitress, and A Bronx Tale. Mr. Cordero passed away July 5 at age 41 following a lengthy battle with the coronavirus.

Family and friends will unite to celebrate the acclaimed actor’s life for the tribute. The memorial will include photographs, videos, memories, and commentary from those he grew up with, worked with, and shared his talent with, as well as performances by those with whom he shared the stage. Expect appearances by Mr. Cordero’s castmates from A Bronx Tale, Bullets Over Broadway, The Toxic Avenger, Rock of Ages, and Waitress.

7:30: Thomas Adès’s The Tempest More than a few composers have run aground trying to adapt Shakespeare’s mercurial tale of revenge and reconciliation, but a dazzling sense of playfulness and experimentation keeps Adès’s modernist score sailing. Crafting incisive portraits of the Bard’s inimitable characters—from the usurped Milanese duke Prospero to the enslaved “monster” Caliban to Ariel, Prospero’s Tinkerbell—Adès creates an ever-shifting musical language that is brilliantly matched by Robert Lepage’s kaleidoscopic production.

8pm: Meta Phys Ed.: The Work of Art in the Age of Technological Reproductionbased on an essay by Walter Benjamin. Directed By Jesse Freedman. Presented by The Brick Theater and Out of an Abundance of Caution, live streamed thru Twitch. A multi-media cabaret about art, technology and the fight against fascism. The iconic German-Jewish critic, Walter Benjamin, wrote this influential essay in 1935 while running from Nazis. Featuring Kaaron Briscoe and Eli M. Schoenfeld

The event is live streamed for free on YouTube. Tickets for the in-person event are also available to purchase.