What To Watch September 7th To Take Away The Blues 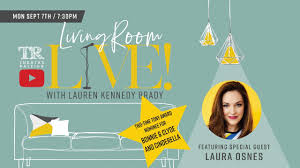 What To Watch September 7th To Take Away The Blues

1pm: On air – Steppin Forward to Celebrate the Music of the Legendary Neil Sedaka. To continue to help lift spirits during these turbulent times, a special virtual concert celebrating the music of the legendary artist, Neil Sedaka to benefit The Actors Fund Covid-19 Relief efforts return to stream through the end of October 2020. The concert is being presented by Robert R. Blume/Step Forward Entertainment and Pat Labez, in cooperation with both Neil Sedaka Music and The Actors Fund. Krystin Goodwin, TV/Film actress and Fox reporter covering Entertainment and Trending News on Sirius XM Radio serves as host.

The virtual concert, presented free of charge, will be streamed on Times Square Chronicles.

7:30pm: Massenet’s Manon Starring Anna Netrebko, Piotr Beczała, Paulo Szot, and David Pittsinger, conducted by Fabio Luisi. From April 7, 2012. Star soprano Anna Netrebko scored a triumph in Laurent Pelly’s acclaimed 2012 production, singing the title heroine for the first time at the Met. Manon’s story—from innocent country girl to celebrated courtesan to destitute prisoner—is one of the great tragic tales in literature and music, and this performance brings out all of its colors, as seen through Massenet’s masterful score, from the comedic beginning to the heart-wrenching finale. Piotr Beczała is des Grieux, Manon’s lover, who decides to become a priest when she leaves him, but ultimately is reunited with her, only to lose her again. Paulo Szot sings Lescaut, and Fabio Luisi conducts the Met Orchestra and Chorus.

The evening, which will be hosted by Artistic Director Lauren Kennedy Brady. Those watching the show are asked to consider making a $10 donation instead.

8pm: Bindlestiff Open Stage Variety Show: Quarantine Edition is breaking out of the confines of a theater, and coming to you in the comfort of your own home. Jump online for a night of variety that will include much more than a simple song and dance.

Hosted by Keith “Bindlestiff” Nelson, the special Quarantine Edition deals with social distance and isolation head on. Using the tools of video conferencing, Bindlestiff’s Open Stage will feature each act live in their own location.