What To Watch September 9th To Take Away The Blues 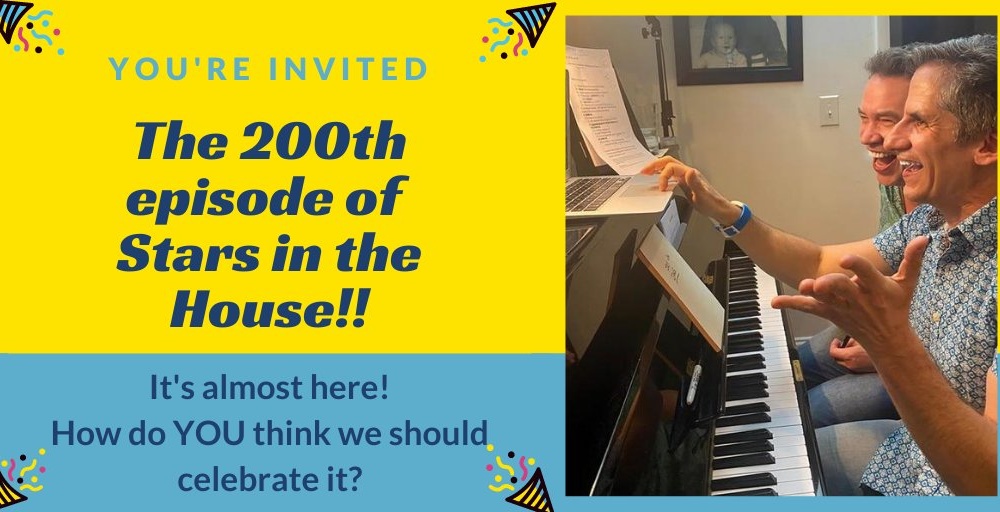 What To Watch September 9th To Take Away The Blues

The work is a collaboration between live artist Tania El Khoury and musician and street artist Basel Zaraa. Reimagined for an online experience during physical distancing, the piece is a 1-on-1 virtual intimate experience.

Built from their original collaboration, As Far As My Fingertips Take Me, El Khoury commissioned Zaraa to record a rap song inspired by the journey his sisters made from Damascus to Sweden. This online iteration focuses on mental and physical health experiences of refugees in the United Kingdom. Zaraa created a song inspired by conversations with friends and colleagues who have recently claimed refuge in the UK.

2:30pm: West End Unplugged: Alice Fern, Tim Howar and Sandra Marvin Welcome to the first live broadcast in the West End Unplugged series! Alice Fearn, Tim Howar and Sandra Marvin perform with some of theatre’s top musicians in a special event to support three charities: Backup-The Technical Entertainment Charity, Help Musicians UK, Theatre Artists Fund. The concerts are free to watch, though we hope you’ll give what you can in these difficult times.

3pm: The Seth Concert Series: Karen Olivo Tony winner Karen Olivo performs highlights from some of her biggest roles, like West Side Story, Moulin Rouge, and In the Heights.

Moderated by Black Girls Do Theater founder Renee Harrison, artists will engage in a conversation about the development and execution of their craft whether that be acting, directing, or design!

First up, Jessica Frances Dukes and Heather Alicia Simms break down The Acting Process and reflect on Signature’s 2018 production of Lynn Nottage’s By the Way, Meet Vera Stark.

5pm: LAO at Home: Song of Los Angeles See how the talented kids of this year’s virtual Opera Camp put together their big presentation, full of hope and resilience, and inspired by the stories of the elders and unique communities of the City of Angels.

This Q&A will be an opportunity for Allen-Cummings to share their proposed policies and vision for the future of the city and will feature music from the recently released album, Losing My Mind: A Sondheim Disco Fever Dream.

Walt and Roy: Book, Music and Lyrics by Richard Allen and Taran Gray (Freedom Riders). Featuring live performances by Charity Farrell and  Payson Lewis (NBC’s The Sing-Off, BAZ: Star Crossed Love). Walt and Roy follows the journey of the Disney brothers, from their roots in Los Angeles in 1923, through producing their first feature length animated film: “Snow White and the Seven Dwarfs” in 1937. The musical chronicles the mental stress of Walt Disney, the special relationship between Walt and Roy, and their genius in creating the “House of Mouse.”

Loch Ness: Book and Music by Marshall Pailet (Triassic Parq, Baghdaddy). Book and Lyrics by A.D. Penedo (Baghdaddy). Directed by Marshall Pailet. Choreographed by Misha Shields (Baghdaddy). Musical Direction/Supervision by Madeline Smith (Waitress). Featuring live performances by Kaylin Hedges (Annie) and Jeremy Kushnier (Footloose, Head Over Heels). Is there a creature that inhabits the waters of Loch Ness? 12-year-old Haley is stuck on her father’s research expedition that aims to answer that question once and for all. Struggling with the unexpected disappearance of her mother at sea, Haley escapes her father’s ship to find her, but instead she finds the most legendary water monster of all time. Upon learning of the creature’s dark history, the two embark on an epic quest to escape Loch Ness in this larger-than-life musical adventure.

7pm: #Nword Urban Stages. In this play by Christian Elder, a white girl calls a black boy “the n word” on the school bus. His mother confronts her mother. The event escalates.

7pm: The Groundlings: The Crazy Uncle Joe Show Watch as The Groundlings Players begin with suggestions given by you, and then proceed to weave the stories together, traveling back and forth through time, playing different characters in many different situations. AND, they keep it up for an uncanny 60 minutes straight!

7:30: Berlioz’s La Damnation de Faust Berlioz’s sweeping, symphonic adaptation of Goethe offers both rhapsodic and viscerally thrilling music as it recounts Faust’s ruinous bargain with the devil Mephistopheles and his descent to the depths of hell. Calling for a huge orchestra, chorus, and children’s chorus—in addition to highly taxing principal roles—the work is famously difficult to stage and is often performed in concert, making this full theatrical production a rare treat.

7:30pm: Artists for Change Julie Boardman and Nolan Doran have partnered with the Democratic Senatorial Campaign Committee to bring together leading theater voices in a conversation on the role of the arts in society.

8pm: Best of Stars In The House! Stars in the House is the daily live streamed concert series created by Playbill correspondent and SiriusXM Broadway host Seth Rudetsky and producer James Wesley.

Join Seth, James, and Dr. LaPook to celebrate our 199th Episode with “best of” clips and special guest stars from the last six months.

8pm: Baking with Broadway Jared Sullivan and Stephen Lowry of Showboy Bakeshop in Las Vegas, Nevada (who have appeared on Food Network’s Cake Wars, Cupcake Wars, and Wedding Cake Championship) are joining us to share their love of desserts and Broadway, while teaching us all a thing or two along the way.

Join the Playbill community for a fun filled hour of decorating and socializing, including some informative quick fire questions and hilarious kitchen gaffes.