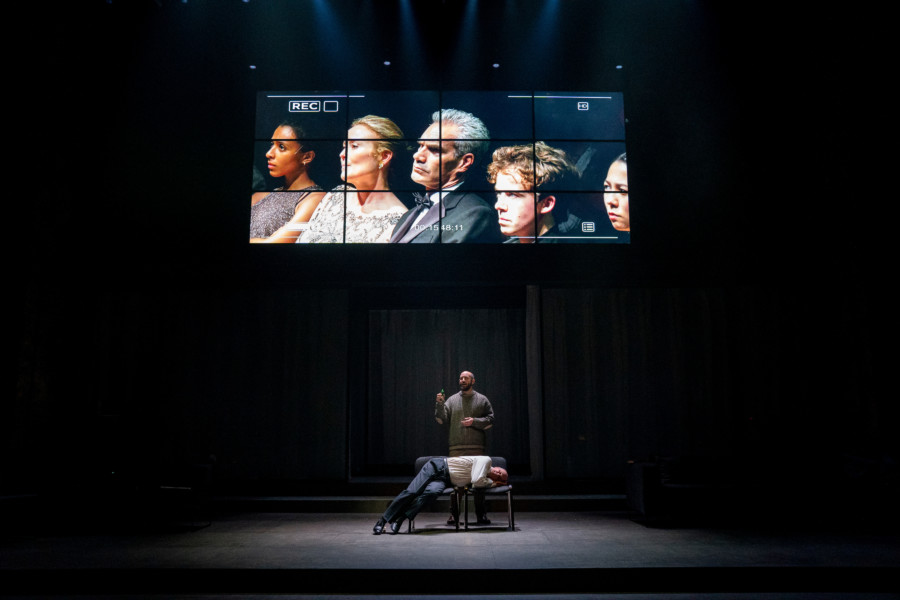 Robert Icke’s Hamlet premiered at the Almeida Theatre in London, to five-star reviews. Now making its North American premiere at Park Avenue Armory, Hamlet seems lost and confused under Icke’s direction. Sound designer Tom Gibbon uses music such as Bob Dylan’s “Not Dark Yet” to fuel the final duel with the line “Feel like my soul has turned into steel” from Dylan’s song instead of Shakespeare’s prolific wording. Though Hamlet is a hero through loyalty, morality and honesty, he is a villain in his dealings with Ophelia, his killing of Polonius and most importantly his delayed killing of Claudius. 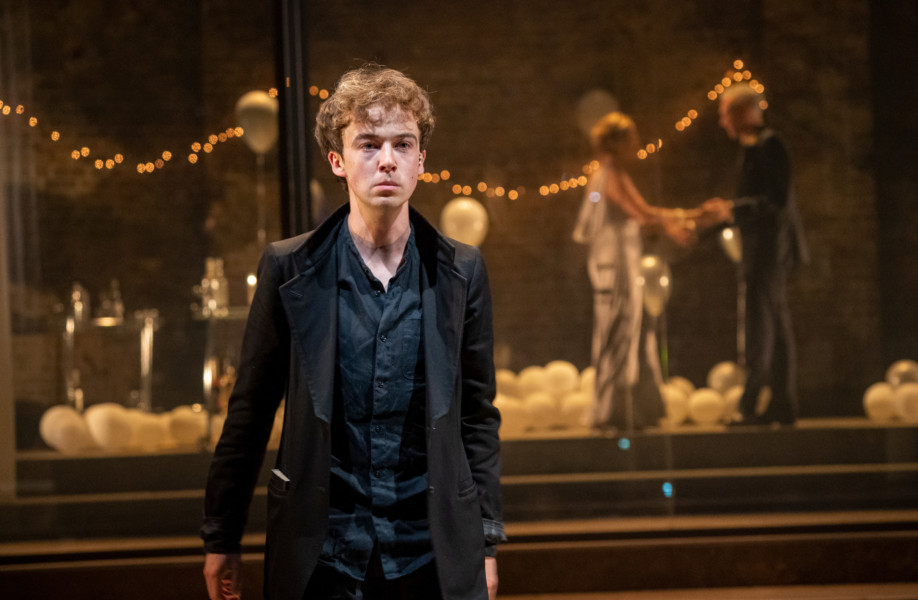 Set and costume designer Hildegard Bechtler, lighting designer Natasha Chivers, and video by Tal Yarden, make this Hamlet seem like a bizarre video game with a patchwork of screens. Hamlet’s ghost of a father’s (David Rintoul) is sighted on the screens more than in person, leaving the fact that he commends Hamlet to avenge him seem odd. 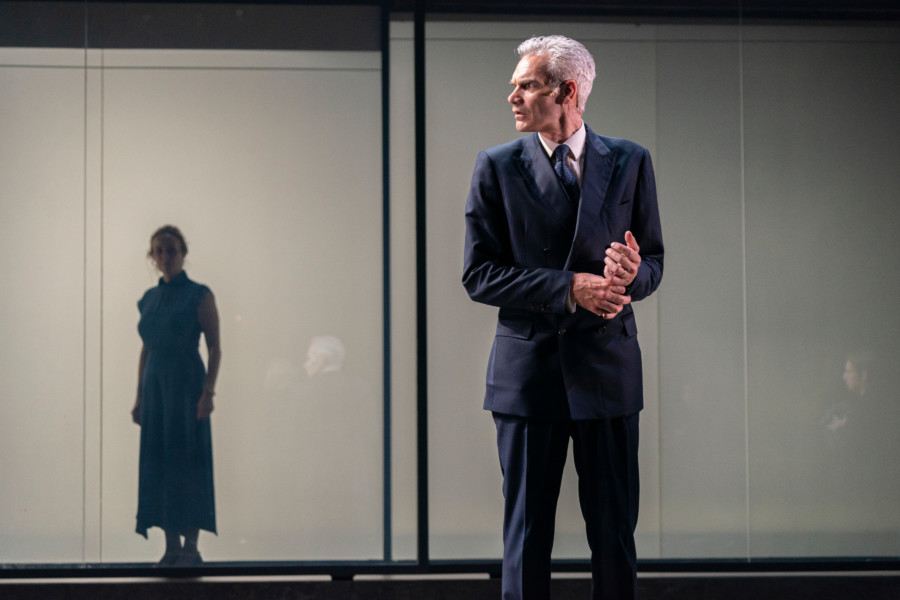 Jennifer Ehle, whose Gertrude was the main reason I wanted to see this version, was out and her understudy Lise Brunei went on. She and Claudius (a fabulous Angus Wright) flaunt their sexual infatuation is in your face. It is raw and never ending. I did not see a Gertrude who seemed tormented. Wright’s Claudius torments Hamlet, always flaunting his murderous deeds as he embraces his mother. 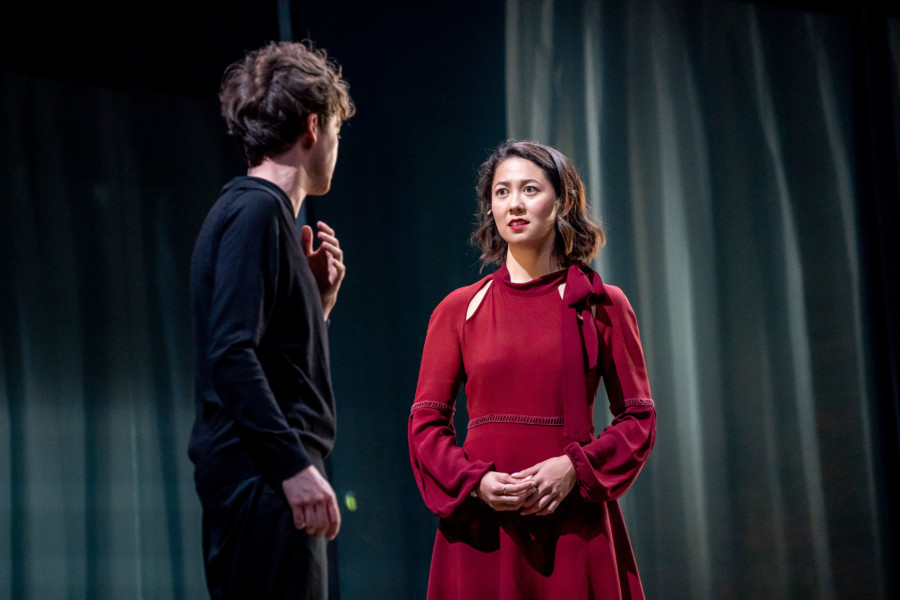 Kirsty Rider’s Ophelia goes into an asylum and a wheelchair, as if paralyzed by what she has no control over. The flowers become self inflicted wounds. 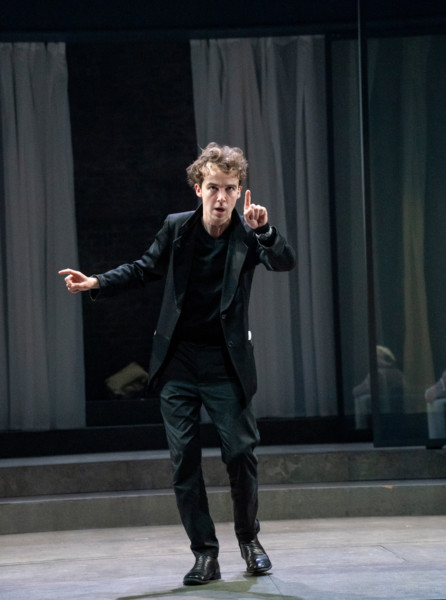 Alex Lawther (“Black Mirror,” “The End of the F***ing World,” and “The French Dispatch”) as Hamlet seems too young for the role, though he has a way of making Shakespeare’s words seem palatable. I would love to see more of his work. 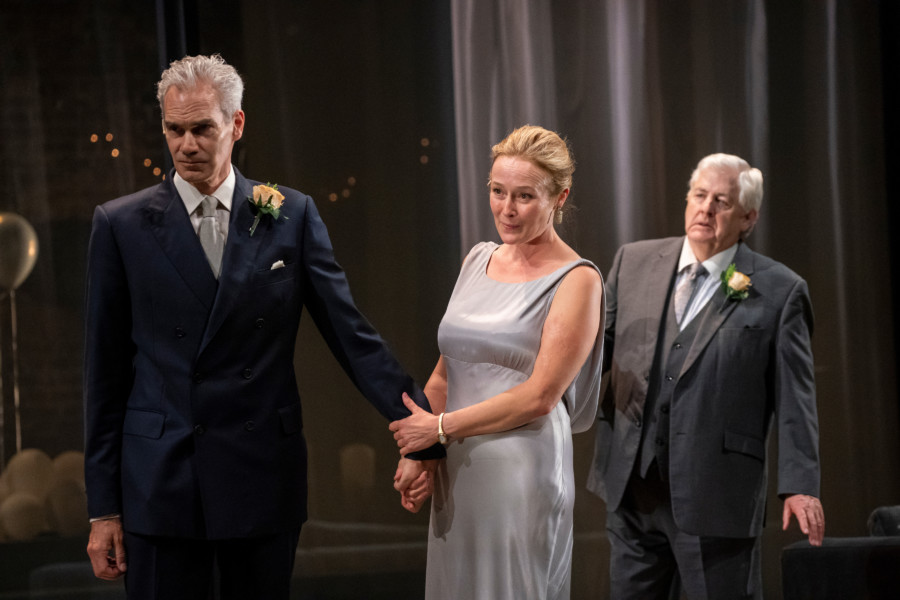 Peter Wight makes the most of Polonius showing us his love for his children Ophelia and  Laertes. Luke Treadway gave his all as Laertes. 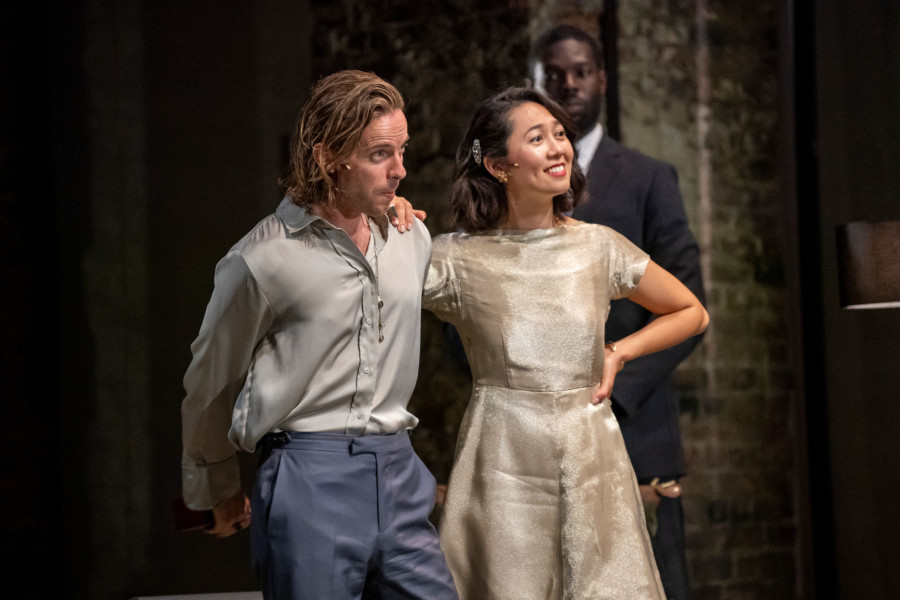 In dismissing Hamlet’s father to the video wall, in having Gertrude and Claudius in lust and Ophelia wander the halls, you dismiss what this play is trying to say. I left confused and wondering what Icke was trying to say. Also if you are using an understudy the video should match the performer. 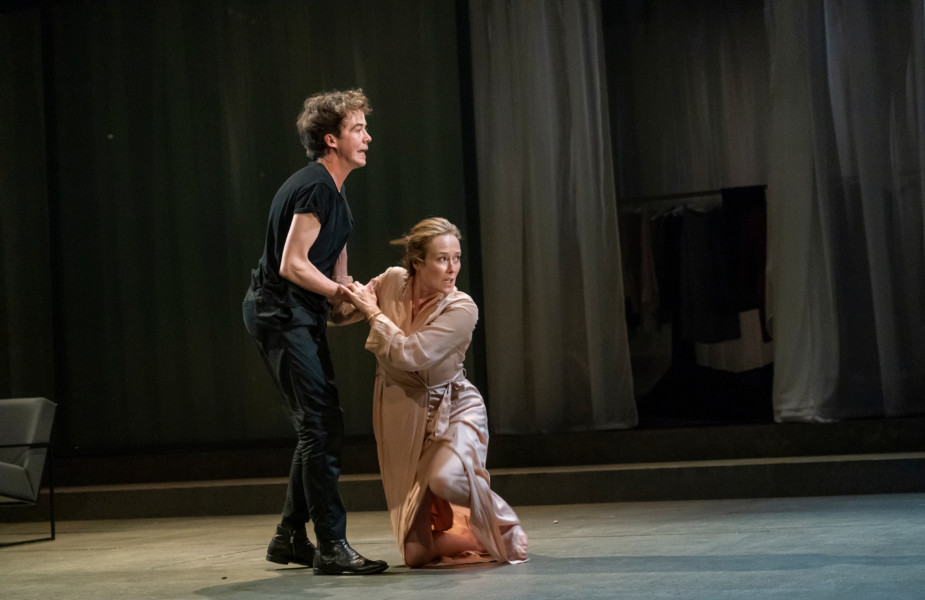 This version moves also moves along slowly and 1/3 of the audience left after the 1st act. More at the 2nd intermission. 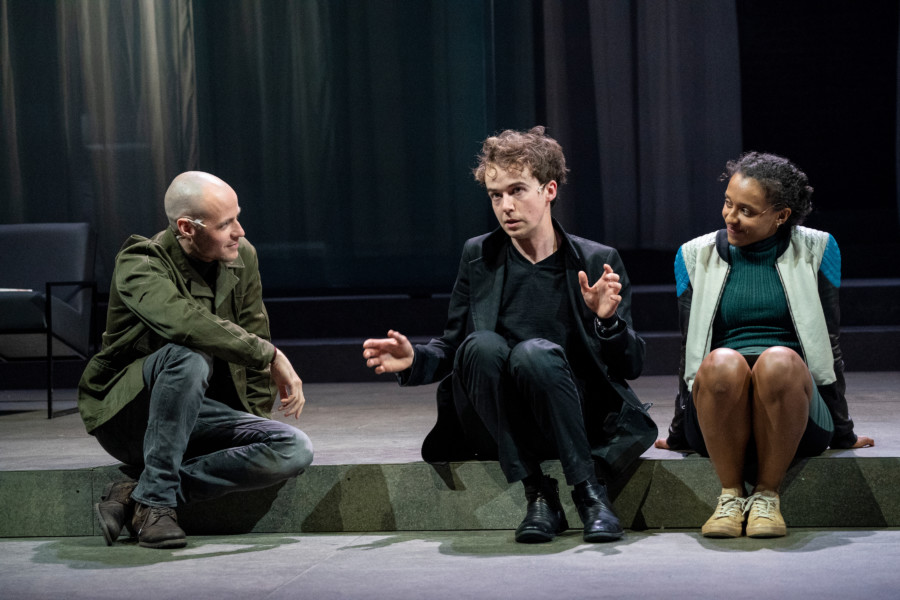 Though I love when directors put Shakespeare in different eras, you have to justify the reasoning. The present isn’t always good. 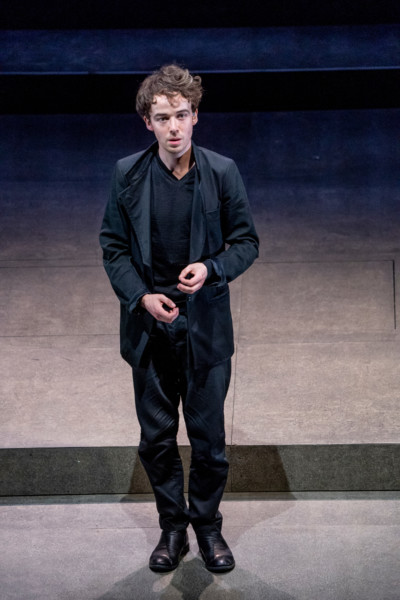