What’s Coming Off Broadway Until March 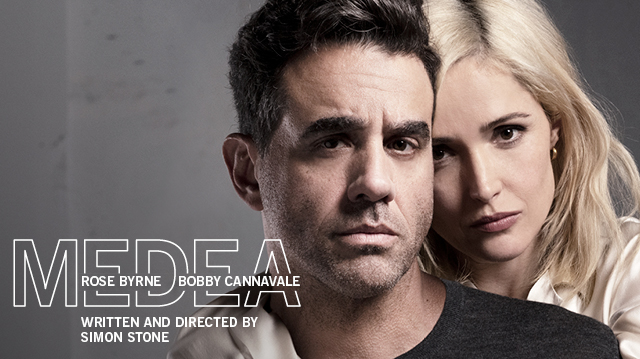 What’s Coming Off Broadway Until March

January 8: Eboni Booth, who was in Dance Nation, makes her professional playwriting debut with Paris at the Atlantic Theater. Jules Latimer stars, in Booth’s new play about invisibility and isolation. Knud Adams directs the world premiere, which runs through February 9th.

January 8: Stephen Mallatratt’s got story gets site-specific in an adaptation of Susan Sill’s The Woman in Black, previously seen in the West End, moves into the McKittrick Hotel until March 8th or beyond.

January 9: One of the good things to come out of the New York Musical Festival, was Emojiland, written by Keith Harrison and Laura Schein. Now they get a full run at The Duke on 42nd Street. Max Crumm, Lesli Margherita, Ann Harada, and more star.

January 11: Theatre For a New Audience teams up with Royal Shakespeare Company for a gender-bending Timon of Athens. Olivier Award winner Kathryn Hunter in this Shakespeare play, directed by Simon Godwin, at the Polonsky Shakespeare Center through February 9th.

January 11: Tony-nominated playwright Charles Busch, returns Off-Broadway in his play The Confession of Lily Dare at The Cherry Lane Theatre. Seen in 2018 at Theatre for a New City, the return engagement is presented by Primary Stages and directed by Carl Andress until March 5th.

January 17: Barra Grant’s autobiographical Miss America’s Ugly Daughter, about growing up the daughter of the first and only Jewish Miss America, opens at The Marjorie S. Deane Little Theater, through March 1st.

January 21: Beyond Babel had a sold-out run in San Diego. Told entirely through West Coast urban dance, the immersive production is inspired by Shakespeare’s Romeo & Juliet. Keone and Mari Madrid choreograph, direct, and star in the production, co-created with Josh Aviner and Lyndsay Magid Aviner of Hideaway Circus. The 10-week limited run is at the Gym at Judson until March 29th.

February 1: Keen Company kicks off its 2020 season with Blues for an Alabama Sky by playwright, novelist, and poet Pearl Cleage. LA Williams directs through March 14th.

February 6: MCC Theater has the world premiere of All The Natalie Portmans by resident playwright C.A. Johnson. Directed by Kate Whoriskey (Sweat), the show runs through March 15th.

February 13: Maria Elena Ramirez (Fish in the Dark) is a woman deported from her home and separated from her family in Arizona, in the world premiere of 72 Miles to Go. FX’ The Americans writer Hilary Bettis brings her play to Roundabout Theatre Company. Jo Bonney directs Laura Pels, playing through May 3rd.

February 11: Tony-nominated playwright Lucas Hnath (A Doll’s House Part 2) is back with Dana H., a new play detailing the real-life kidnapping of Hnath’s mother. Director Les Waters tells the true story of how Hnath’s mother was held captive for five months by a patient in the psych ward where she worked. The show premieres at the Vineyard Theatre through March 22nd.

February 12: Lady G: Plays and Whisperings of Lady Gregory, is helmed by Ciaraán O’Reilly, at The Irish Rep, through March 22nd.

February 19: The New York Theatre Workshop brings Celine Song’s Endlings a new play, previously seen at A.R.T. in Cambridge. The production will officially open March 9 and is set to run through March 29th.

February 27: Lincoln Center Theater debuts Intimate Apparel, a new chamber opera based on Lynn Nottage’s play—about a Black seamstress living and working in a boarding house in turn-of-the-century New York—of the same name. Featuring a libretto by Nottage and music by Ricky Ian Gordon, the world premiere is directed by Bartlett Sher and set to run through May 3.

March 10: The Shed kicks off its 2020 theatrical programming with the commissioned Help, a new piece by acclaimed author and poet Claudia Rankine. The world premiere will be directed by Obie winner Taibi Magar, with movement by Shamel Pitts, and will star Fairview’s Roslyn Ruff.

March 24: Tom Kitt and Brian Yorkey team up with writer-director Kwame Kwei-Armah for the world premiere of the new musical The Visitor at The Public Theater. Based on the film of the same name, Tony winners David Hyde Pierce and Ari’el Stachel, along with Slave Play’s Joaquina Kalukango and Jacqueline Antaramian star. Daniel Sullivan directs and Lorin Latarro choreographs through May 10th.

March 27: Playwright Sylvia Khoury Selling Kabul. Is about U.S. interpretor, hunted by the Taliban. The night before his son will be born, he must decide whether to stay in hiding or risk his life to meet his child. Tyne Rafaeli, who helmed Khoury’s Power Strip at LCT3, directs the Off-Broadway premiere at Playwrights Horizons.