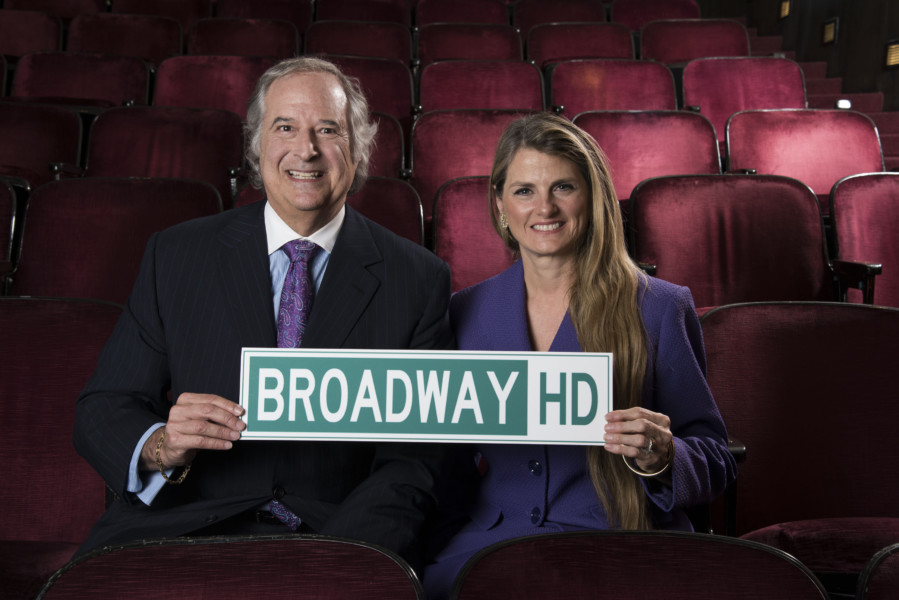 When Broadway comes roaring back, what show will you be bringing with you? That is the question on everybody’s mind. Today we talked with Broadway producers Stewart F. Lane and Bonnie Comley, the Tony Award-winning husband-and-wife producing team behind 18 Broadway shows such as Sunset Boulevard, On Your Feet!, A Gentleman’s Guide to Love & Murder and Sunday in the Park With George. They were one of the lucky ones, as their theatre was under renovation and the show they were helping to produce The Minutes has hopes of coming back. Bonnie and Stewart sat down with us to answer some tough questions.

Bonnie and Stewart are in a unique position as in 2015, Lane and his wife, launched BroadwayHD. BroadwayHD is a subscription-based streaming service for stage performances with a mission to promote and preserve live theatre, extending the reach of Broadway and Broadway-caliber shows to anyone, anywhere. With a growing catalog of over 300 full-length productions, each show is filmed with high definition cameras that capture the excitement of a Broadway performance and deliver the best angles, video quality, and sound quality to users.

Stewart F. Lane is also director, playwright and former actor. In addition to publishing two plays, he has directed across the country, working with Stephen Baldwin, Shannon Doherty, Chazz Palminteri, and more. He is co-owner of the Palace Theatre (Broadway) with the Nederlander Organization and a partner in the Tribeca Grill with Robert De Niro, Sean Penn and Mikhail Baryshnikov. He has written three books: Let’s Put on a Show!, Jews on Broadway: An Historical Survey of Performers, Playwrights, Composers, Lyricists and Producers, and Black Broadway: African Americans on the Great White Way.

Bonnie Comley is a three-time Tony Award-winning producer. She has, also, won an Olivier Award and two Drama Desk Awards for her stage productions. Comley has produced over 40 films. She is the recipient of The Actors Fund Medal of Honor, The Drama League Special Contribution to the Theater Award, The Paul Newman Award from Arts Horizons and The Theater Museum Distinguished Service Award, to name a few.

The conversation was so intriguing that part 2 will be brought to you tomorrow.

Video and zoom by Magda Katz