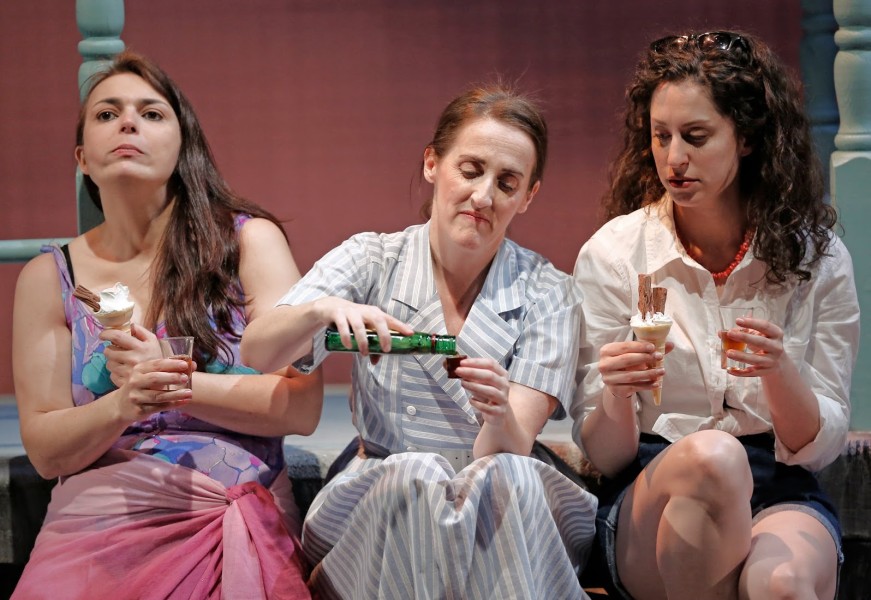 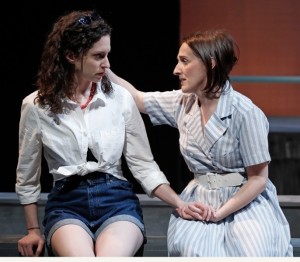 Sharman MacDonald’s When I was a Girl I Used to Scream and Shout is wonderfully written play about mother daughter relationships, with some wonderful performances. Now playing at The Clurman Theater, The Fallen Angel Theatre Company’s production follows a 28-year relationship between a Scottish mother Morag (Aedin Moloney, the founder of the company and a terrific actress in her own right) and her 32-year-old daughter Fiona (Barry Kreinik). Sadly Ms. Kreinik, is a one trick pony, who is not convincing and ends up making this daughter more of a self centered brat. We never feel her pain as she only indicates the psychological wounds mother and daughter have inflicted on each other. 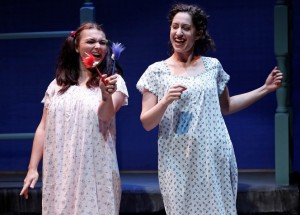 The play begins at the sea where Morag has invited her daughter to spend a holiday weekend where she spent her youth. Morag is desperately trying to establish a connection. Fiona is more interested in brooding until her childhood friend Vari (the delightful find Zoe Watkins), drops by. When she does we flashback to Fiona’s life from 4 to 15 and the events that caused her and her mother to leave the community. 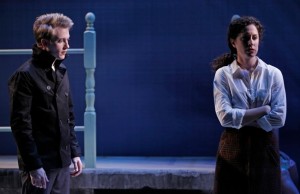 During the flashbacks, we see Vari goad Fiona to investigate her sexuality and live life. These two adolescence, are preoccupied with sex, along with all the emotions that go along with those awakening feelings. Morag is clueless not only about her own needs, but that of her daughter’s. Her husband’s leaving makes her want to control Fiona stating, “whatever you do, I’ll love you” as her actions betray the words. The result is a night spent with Ewan (the adorable Colby Howell) who deflowers Fiona then insists on doing the right thing.

This is an interesting script that allows for some wonderful monologues by Vari and Morag, in which both actresses give layered performances. The problem, as stated earlier is that Ms. Kreinik, neither gains our sympathy or our caring. We never really know what guides her except by the words of the playwright, which seem to clash with her performance. But it is Ms. Watkins who is illuminating, real and textured that MacDonald’s words come alive.

John Keating’s direction keeps the play moving, but fails to bring out a performance of his leading lady. Mr. Keating himself is a wonderful actor, as seen recently in Pericles.

I do recommend seeing this because there is more good than not and the play is well written though I would have preferred a better ending.

When I was a Girl I Used to Scream and Shout: Fallen Angel Theatre Company at The Clurman Theater, 410 West 42nd St. until May 8th.

Suzanna BowlingJanuary 12, 2022
Read More
Scroll for more
Tap
Broadway, TV and Film Has Lost a Great Character Actress as Doris Roberts Passes
My View: It All Happened “Over There” At The Friars Club