When is the Best Time to Vacation in Spain? 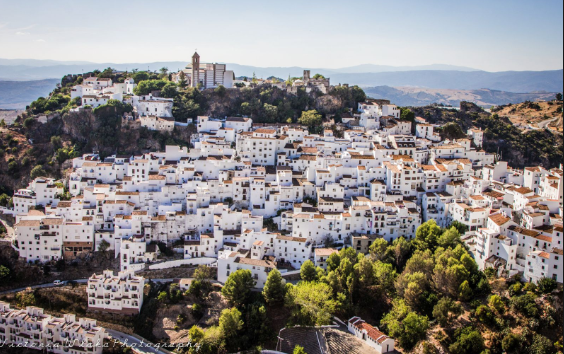 When is the Best Time to Vacation in Spain?

Millions of people visit Spain every year and enjoy 1 to 2 weeks sun, sea, food, alcohol, and nights out. Whether they stay in villas in Spain, or in another type of accommodation, it’s almost guaranteed that they’re going to have a great time. But when is the best time to visit this part of the world? Is it at the height of the season when there are many tourists around, or is it best to visit during the off-season? Read on for more information!

During the Summer Months

One of the best things about visiting Spain during the summer months is undoubtedly the weather. The sun can get pretty hot, making this country a hugely popular destination for tourists from all over the world. Another advantage of visiting Spain in the summer is that some tours only operate at this time of year, which means you can only travel with certain tour operators at specific times of the year.

A disadvantage to enjoying a vacation in Spain during the summer is that it can get quite hot, and some people simply don’t like the heat when it’s mixed with some humidity. However, if you would like to walk around Spain’s cities during this time of the year, you will find them pretty quiet, which could be a good thing if you don’t like to walk around very busy streets. If you like to stay closer to the beach, however, it is a different story. Spain’s beaches and its nearby streets can get very busy, which isn’t ideal if you’re in a hurry to get somewhere or you’re travelling with young children.

July and August tend to be very busy months, especially around those resorts that attract a lot of British people. If you would prefer to visit somewhere a little quieter, you may want to think about staying in Seville or Madrid. However, July and August tend to get very hot and this is why many residents of Seville or Madrid tend to make their way to the coast. If you insist on coming to Spain during the hottest months, you may want to think about spending some time in Santiago de Compostela or Bilbao as they as so much cooler.

During the Winter Months

One of the great things about visiting Spain during the winter months is that it’s so much cooler. This means there will be a lot more events going on in Spain, which could make your vacation even better. Another advantage of coming to Spain in the cooler months is that there are fewer people here. This means there will be shorter queues outside tourist attractions, and the beaches are likely to be emptier too. This could potentially mean that you can have as much space as you want to lay on the beach, and although the sun won’t be beating down quite so much, it will still be pleasant.

A disadvantage of coming to Spain during the winter months is the weather is not always great. This means you may not have the chance to bathe on the beach quite as much as you would like, but there are still plenty of things to do this time of year. Tourist spots tend to be a little cheaper during the winter months, so you may get to see all those wonderful attractions for a little less.

Spain in the springtime can be quite lovely, and you could be there in time for Las Fallas which is an amazing festival that takes place in Valencia. If you’re in Spain for Las Fallas, chances are you’ll be there for Semana Santa, which is basically an Easter festival that lasts from one week to ten days before Easter. Although Spain does not tend to be very warm during the spring, it may be worth your while taking some suntan lotion, just in case. However, you may also want to think about packing a light jacket as it can get a little chilly.

One of the disadvantages of coming to Spain during the spring is that many tourist attractions simply won’t be open. It makes more financial sense to some to wait until there are more visitors during the summer months. This is not to say that there won’t be any attractions, there will just don’t expect them to be open quite as much as they will be in the summer.

During the autumn, Spain tends to start cooling down after the long hot summer. It can still be quite warm though, so you may want to pack that suntan lotion. If you would like to head to one of Spain’s large cities, you’ll find that Salamanca and Madrid are ideal as they’re simply easier to navigate when the temperatures are a little lower.

September and October tend to be quite busy in Spain as there are still a lot of festivals this time of year. There’s the incredible flamenco festival in October, and many film festivals too, making it ideal for anyone who loves all-things culture.

While there’s no definitive answer as to when you should visit Spain, there are some clear advantages and disadvantages to visiting any time of the year. If you love to soak up some sun, and you like the heat you may want to visit in summer. However, if you like the sun to be a little less hot, then spring may be the ideal time for you. The choice is yours!