When It Happens To You: Authenticity is Always More Powerful 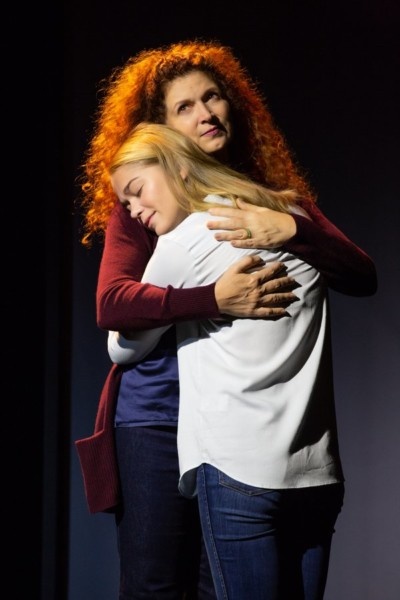 When It Happens To You: Authenticity is Always More Powerful

When you are raped, it is almost as if you have been stamped with an invisible seal. This seal isn’t something you asked for, but allows you to know who else is in our club, as well as marks you. You are branded. I have this seal. Before seeing Tawni O’Dell’s When It Happens To You, I was asked to interview her. I was completely curious as to why she was telling her daughters story. Somehow I knew, she too was a member of the club. Though I asked “how has this affected you” and did so numerous times, she negated her own experience, which is much more powerful and real. What I knew when I was interviewing her, came out in the play.

Ms. O’Dell instead has decided to tell about her daughter’s rape. She does so in a sing song manor and it is really all her. We never really connect, as it seems unsympathetic. Instead of it being about her son’s and her daughter’s feelings, we get facts about how it affected her. For me and my guest, these facts were a little horrifying. Out of order, she wrote the first draft of this play on her daughter’s birthday. No person I know, wants their stories outed like this. She sells the family home, after meeting a man a few months prior. There might have been numerous reasons for this, but she does so without telling her kids. She sells their things, gives away the family dog without asking if they’d like possession. They find out after the fact and Ms. O’Dell wonders why they are upset. The brother (an understated and well done performance by Connor Lawrence) ends up having his sister (Kelly Swint), stay at his house for over a year. He gives her his car and instead of being grateful and looking for her own place, she is abusive. When he kicks her out, she calls her mother. So does he and the mother is mad at him. Still is, yet she did that and much worse.

It was at this point, with 15 minutes left, that Ms. O’Dell disclosed that she too has been raped. Her voice suddenly became real, as she blames herself for that event. In watching this part unfold. I was barged with emotions. If she had cared so much about her daughter, then why did she not disclose that it happened to her to? Even now Ms. O’Dell still blames herself, as she uses those words. Rape is NEVER the victims fault! There is no shame. There is no guilt, despite those feelings, that somehow as a society we have been made to feel. Sadly rape is a cyclical. It’s a strange phenomena, but if a grandmother has been raped, it continues down the line. Most mothers do disclose this to their daughters when it happens to them. My question is why did Ms. O’Dell wait for writing this play to do so? Why not that night?

Lynne Taylor-Corbett’a direction is functional and E. Clayton Cornelious, as the policeman shows us both heart and how a victim can be negated in due processing.

Rape sadly is common. Woman are told to get over it, even though it touches the core of who they are. The fact, is they will never get over it, they have been branded. Even in sentencing for the perpetrators, the punishment never fits the crime. Boys after all, will be boys. The most touching line in this piece, is when the brother is sickened by the fact that men can commit this kind of crime.

A lot of women spiral, turning to alcohol, drugs and suicide. Many live in denial, keeping the emotions buried. Some of us talk. Sexual assault happens every 73 seconds in the US. Basically one out of every six women. 94% of women who are raped experience PTSD. 33% have contemplate suicide. 38% experience work or school problems and 37% experience family/friend problems, getting into arguments more frequently than before, not feeling able to trust their family/friends, or not feeling as close to them as before the crime. Sadly this play is a statistic.

When It Happens To You: The Sheen Center, Loreto Theater, 18 Bleecker St. until Nov 10th.

Genevieve Rafter KeddyAugust 6, 2022
Read More
Scroll for more
Tap
The Decline and Fall of the Entire World as Seen Through the Eyes of Cole Porter Is Delightful, Delicious and Delivery
Rock of Ages Is Back With High Energy Fun