When You Believe The Anthem From The Prince of Egypt 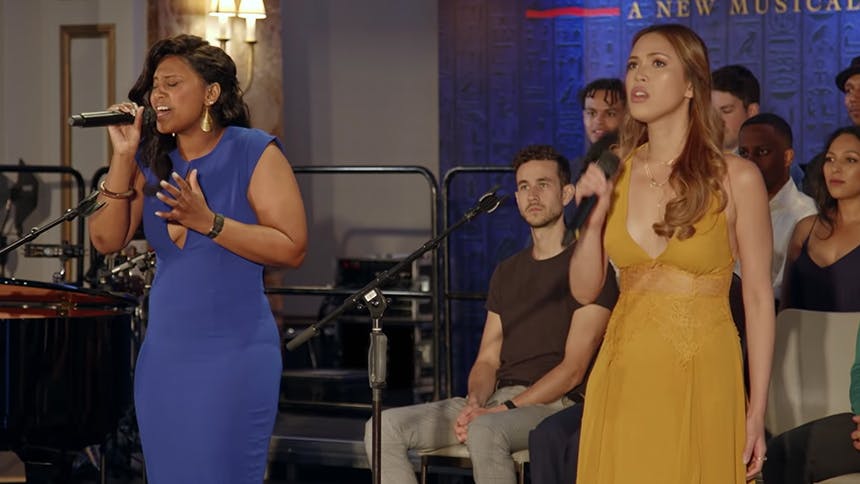 When You Believe The Anthem From The Prince of Egypt

“When You Believe” is a song from the 1998 DreamWorks musical animated feature The Prince of Egypt. It was written and composed by Stephen Schwartz. A pop single version with additional music and lyrics by writer-producer Babyface, was recorded for the film by Mariah Carey and Whitney Houston. Additionally, the song was featured on Houston’s fourth studio album, My Love Is Your Love and Carey’s first compilation album, #1’s.

Now a brand-new stage musical with music and lyrics by Stephen Schwartz (Wicked, Godspell), a book by Philip LaZebnik (Mulan, Pocahontas) and based on the celebrated Dreamworks Animation film, will open in London. The show features Alexia Khadime, Christine Allado, Liam Tamne and Luke Brady.

Performances of the new musical begin at London’s Dominion Theatre on Wednesday 5 February 2020, with an official West End premiere on Tuesday 25 February 2020, for a limited 32-week engagement. Tickets are available now via www.ThePrinceofEgyptMusical.com

Suzanna BowlingAugust 12, 2022
Read More
Scroll for more
Tap
In Conversation With Michael Longoria
Jackie Evancho Releases I’m Not That Girl and In The Background a Friend