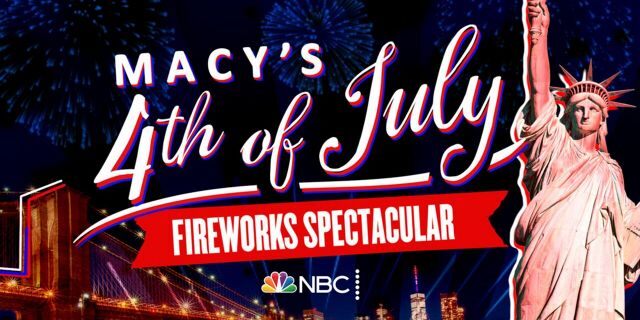 The answer is all over and for just 5-minutes. The locations each night is being kept a secret to prevent big crowds from gathering to watch.

Thanks to New Yorko, NY, you can see some of the dazzling displays.

On Monday the show started off in Queens as each of the five boroughs will get a taste.

And on Wednesday, Times Square thanks to channel 2.

Where Friday will be held is anyone’s guess.

The grand finale is still on July 4, which will be televised. The show features the “best of” the prerecorded fireworks from the previous five nights and then the grand finale which is said to be atop the Empire Stare Building to honor first responders and health care workers. John Legend, Black Eyed Peas, the Killers, Lady A, Tim McGraw and Brad Paisley will perform.

Suzanna BowlingFebruary 5, 2023
Read More
Scroll for more
Tap
Blast From The Past: Broadway Bears 2012
What To Watch July 4th To Take Away The Blues