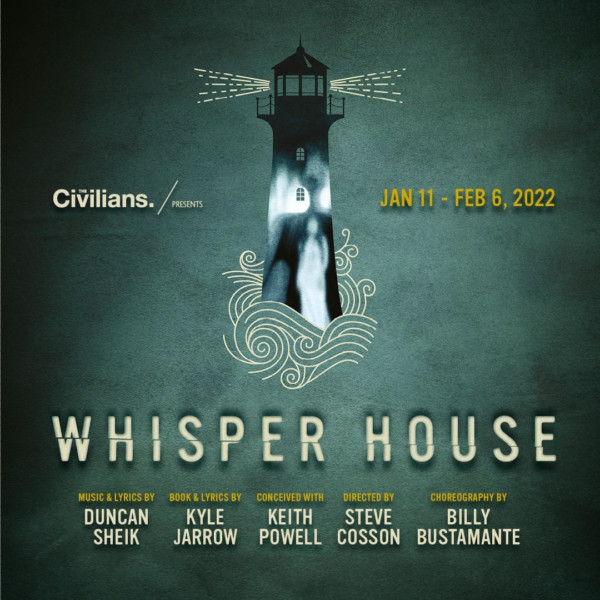 One of the shows I was looking for and I was suppose to see when COVID hit was Whisper House. This new musical written by Grammy and Tony winner Duncan Sheik (Spring Awakening, American Psycho) and Tony-nominated and Obie winner Kyle Jarrow (Spongebob Squarepants, The Broadway Musical; The Wildness), and directed by Steve Cosson, Whisper House combines a lush original score with a haunting story about fear of the other and the ways we can transcend it.

In an eerie lighthouse on the remote coast of Maine, two lonely people face the beginning of World War II. There’s Yasuhiro, a Japanese immigrant threatened by the rising wartime xenophobia—and Lily, his employer, who’s spent her whole life here. Their world is turned upside down when Lily’s young nephew, Christopher, is sent to live with them. Soon, the boy begins to hear strange music seeping through the walls. Is his imagination getting the better of him? Or are there ghosts here and maybe dangerous ones at that? What happens next will change the lives of these three characters forever…

Suzanna BowlingJanuary 24, 2023
Read More
Scroll for more
Tap
Songwriting For Musical Theater With Pasek and Paul
Get Ready Intimate Apparel Is Finally Back