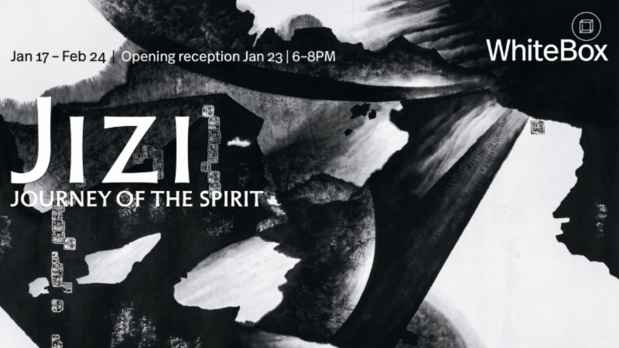 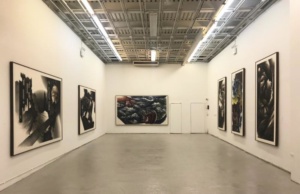 In the last quarter of the twentieth century, many Chinese scholars, critics, and artists decried traditional Chinese painting (Zhongguohua) as out of step with an increasingly global culture. Over an almost half-century career that spanned a dynamic period of Chinese history the painter Jizi (1941–2015) countered that assertion, arguing that painting could indeed be traditionally and authentically Chinese while also addressing themes of universal significance. 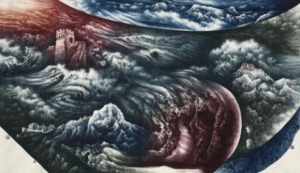 Jizi’s work confronted the legacy of the Revolution’s antipathy to religion and traditional Chinese life and attitudes. Deeply interested in the spirit, the artist’s work contains a strong metaphysical strain and sheds light on the complex, and at times contradictory, impulses at work in contemporary Chinese art and culture.

Jizi: Journey of the Spirit, a memorial retrospective curated with the artist’s son, Chunchen Wang, presents a selection of Jizi’s large-scale ink paintings and a monumentally-sized, rarely seen scroll. Jizi’s work confronted the legacy of the Revolution’s antipathy to religion and traditional Chinese philosophy. Deeply interested in the spirit, the artist’s work contains a strong metaphysical strain and sheds light on the complex, and at times contradictory, impulses at work in contemporary Chinese art and culture.

A largely self-taught artist, Jizi synthesized the techniques of traditional Chinese ink painting with individual expression culled from Western modernist art; in turn, New York-based Abstract Expressionists such as Kline, Motherwell, and Dzubas drew influence from traditional Chinese ink painting. These overlapping strands can claim particular resonance for New York audiences.
A panel discussion, “Making the Spirit Explicit,” will take place on Thursday, January 25 with exhibition curator Dr. Wang Chunchen and guest speakers Eric Shiner, Eleanor Heartney, and Dr. Mary Wiseman. Moderated by Alexandra Munroe.
Jizi: Journey of the Spirit is the latest exhibition in WhiteBox’s Seminal Artist Series, which for 20 years has highlighted major artists from around the world , known for their innovation, experimentation, and unbridled creative expression, but whose reputation in New York has been relatively obscure.

Suzanna BowlingJanuary 19, 2023
Read More
Scroll for more
Tap
Famed Artist Robert Cenedella Shows at The Cornelia Street Café
What To Do If You Want A Brand New Tattoo?