Why music hits all the right notes for modern life. 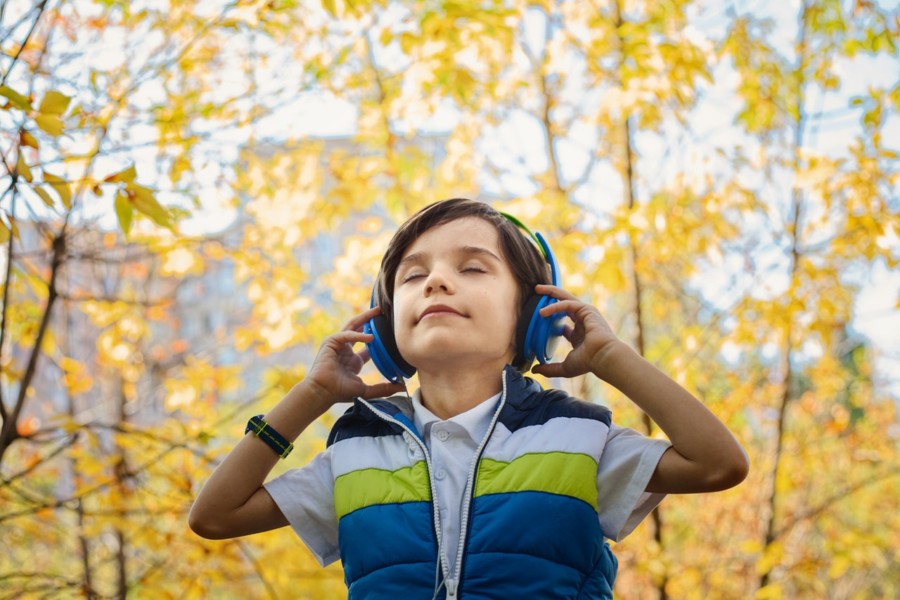 Why music hits all the right notes for modern life.

Music is so ubiquitous that we can sometimes find that it simply recedes into the background. But the magical pull that it has over us all means that even if we’re not registering it on a conscious level it is in some way altering our perception or subtly enhancing our mood.

There are some very obvious examples of this such as in movies and TV ads but there are many more subtle ones too, ones in which we may not even realise that we’re being manipulated.

A good example of this comes from the world of retail when academic psychologists carried out an experiment in wine shops. By playing recognisably French background music on some days and German music on others they found that the sales of each country’s wines went up on the corresponding days.

Another wine shop experiment found that the link can be even more subtle and take in cultural assumptions too. Some days classical music was played and on others shoppers heard Top 40 tracks and other popular music. Sales of fine wine increased appreciably on the classical music days as the perceived sophistication of this kind of music added to the sense of luxury and exclusivity in the shop.

The food of love?

A great deal of research has also been done into the effects that music can have in restaurants and the leisure industry in general. These leave us no doubt that making the right choice of music can have some very beneficial effects for the restaurateur and the diners alike.

For example playing the right kind of music at the right level can make diners feel more relaxed and less concerned about their conversations being overheard and it can also mean that they are more relaxed while waiting to be served. Loud music in bars, on the other hand, tends to inhibit conversation and encourage people to drink more.

There’s also evidence that the pitch of music being played can affect the way that we taste the food that we’re eating with low, bass-heavy sounds enhancing the flavour of savoury dishes with music higher in the register making sweet things taste sweeter still.

Playing games with our ears

Another wing of the entertainment and leisure industry that has found that the music being played can affect levels of enjoyment is in the online gaming and gambling industry. Music’s always been an integral part of video games from their very earliest days, albeit with various electronic bleeps that sound like they were created on a Stylophone. But now they have reached real levels of sophistication. A great example is Grand Theft Auto which lets players choose the radio station of their choice playing their own favourite genre of music.

It’s been shown that this use of sound encourages people to play longer and more intensely. One only has to look around at, and listen to, the best bingo sites UK players enjoy to see that they have also recognised the importance of music. The tunes tend to be bright, happy and familiar to accompany the overall sense of fun that online bingo provides for its players.

Of course the biggest use of music in all fields of entertainment must be in the movie industry. But the funny thing is that we have all become so used to feature films being filled with music from start to finish that it can often pass the viewer by. The exception is during parts of a film where music is being used to heighten moments of drama or to express the emotion of a scene when it truly breaks through and makes itself noticed.

It can also become part of the essential “branding” of a film and for two prime examples of this one only has to look at Jaws and Star Wars. In the former the brooding, menacing theme is positively Hitchcockian in its expression of impending danger while the grand orchestral tones of John Williams’ score for Star Wars let us know that this is an epic tale that covers many millennia.

Branding of a far more literal kind comes in the use of music in TV adverts. Most of these last for a maximum of 60 seconds, with the majority being just 30 seconds long, so the music has to be ultra memorable while also perfectly expressing the brand’s personality and supporting the message that ad is trying to convey.

For many advertisers this has meant originating a song or jingle that they can own and use across all broadcast media, in their retail stores and even at sales conferences. For others it’s been a question of picking a popular piece of music and making it their own. There are even a number of agencies that specifically undertake the music searches for advertisers as well as negotiating the usage fees. In some cases, however, using popular music backfires because it’s the song that people remember and not the product.

No rundown, if you’ll excuse the pun, of the effect music can have would be complete without mentioning exercise. Putting on your headphones and listening to your most motivational songs can help you to train longer, harder and faster. This is particularly true when the tempo of the music in question is in time with the activity or is slightly faster, encouraging you to increase your effort.

Music can also have a very advantageous effect before exercise or sporting activity begins, summoning up inner reserves of determination, pride and grit. So teams singing their country’s national anthem aren’t simply being patriotic, they are gearing themselves up to be ultra-competitive too. Once the game begins, music plays a part for fans too with familiar snatches of songs being played whenever a particular success or failure occurs on the sports field.

So, as you can see, music does play a key part in almost everything around us, even if it’s going in one ear and out of the other. But rest assured, it certainly is sticking in a at least one part of our brains even if we don’t realise it at the time.