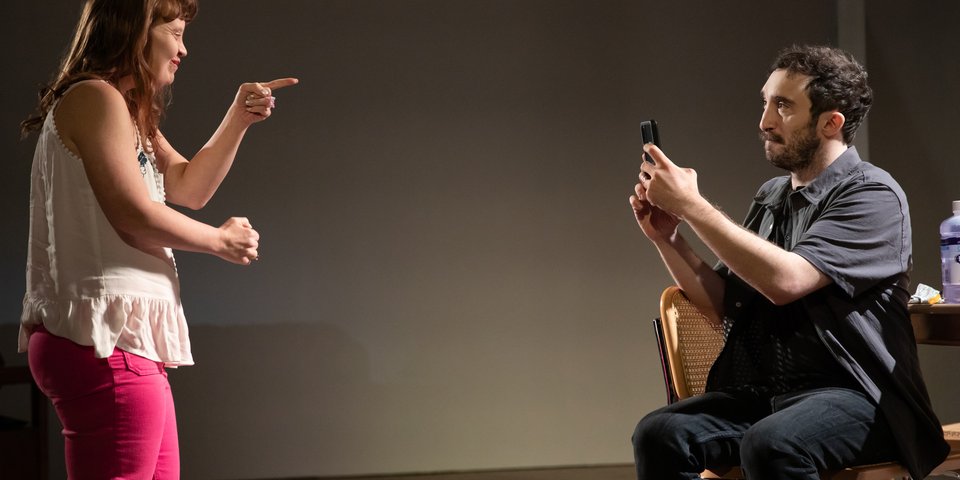 It is always fabulous to see Jamie Brewer on stage. This remarkable actress has an ability to touch your heart in the deepest of ways. Deirdre O’Connell, who won the 2022 Tony Award for Best Actress in a Play for Dana H, is also a treat. There is a compelling simplicity to her acting. New surprises were Will Dagger and Harold Surratt who add to the remarkable acting in Will Arbery’s (Heroes of the Fourth Turning) Corsicana. 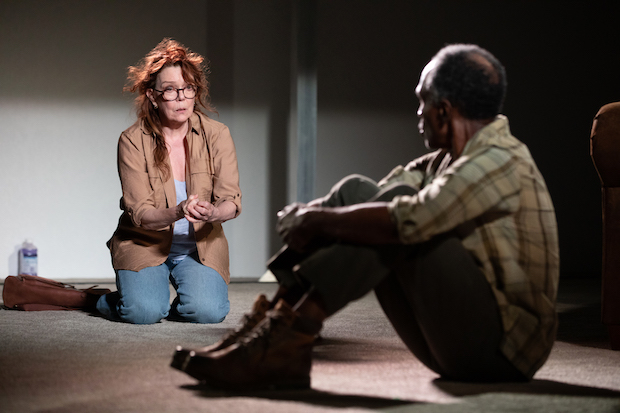 I should have loved this play, but I didn’t. From the confusing set by Laura Jellinek and Cate McCrea, to the warehouse spare lighting by Isabella Byrd on to the rambling dialogue of the first act that threatened to put me to sleep, into the poetic second act that was much more effective. 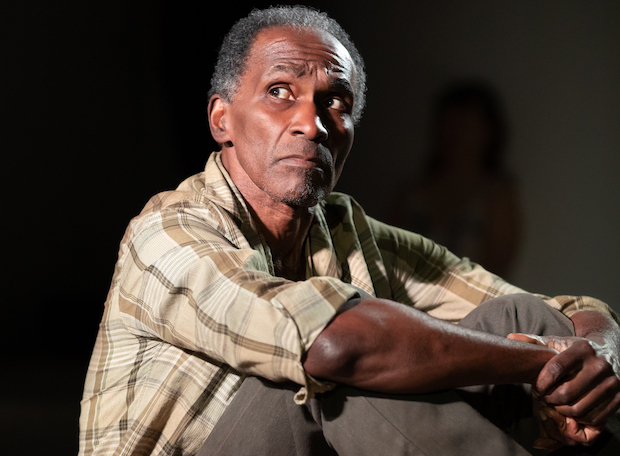 The show follows Christopher (Dagger) and his sister Ginny (Brewer), as they navigate their mother’s death. As in the Oscar-winning film “CODA,” Christopher has care of his Down syndrome sister, which has not always been simple. Living in Corsicana, Texas, the constant is their mother’s friend Justice (O’Connell), who has been crushing on Lot (Surratt), a local sculptor and songwriter. They reach out to Lot to collaborate in writing a song with Ginny to snap her out of a depression.

There is no through line really, just poetic mini-monologues. In the course of Corsicana, you learn how Ginny falsely accused Christoper of inappropriately touching her when she was younger and ruined his life. Oh well…….Suppressed memories, angelic encounters, sexual desires, romantic love despite all odds, lack of communication, wanting a normal life and how maybe there are no answers, just meandering for 2 hours and 40 minutes.

Performance are layered, wonderful and real. They are a joy to watch.

Sam Gold’s direction doesn’t help this play. Then there are the moments in song which, unfortunately, nobody can really sing and which go on way too long!

Arbery has a expressive voice, but maybe needs to hone his thoughts, have an opinion and not be afraid to say what he means.

Suzanna BowlingJanuary 24, 2023
Read More
Scroll for more
Tap
2ST’s To My Girls Doesn’t Bite Down Hard Enough Where and When It Probably Should
Titanique Just In Time For Pride