Will Buck a Composer to Watch Soar 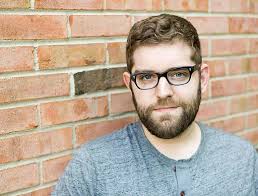 Will Buck a Composer to Watch Soar

Musical theater composer Will Buck made his Green Room 42 debut celebrating over ten years of thrilling new work! With brand-new orchestrations from music director Matt Aument, this O’Neill finalist showed us why he is one to be watched. Direction by Allen MacLeod the show featured lyrics by John Dietrich, Cory Conley, Deb Poppel and Will Buck. In the hauntingly gorgeous  “Waiting For Spring” sung by a brilliant Travis Kent, Buck shows strains of Sondheim, yet he still has his own style. This is a song to be in singers books.

Will is an alum of the NYU Musical Theatre Graduate Writing Program, Northwestern University, and a current member of the BMI Workshop, where he received the Harrington Award for Outstanding Artistic Achievement.

He started his show off with three stand alone songs John Riddle with “I Gotta Go” from Powerless, Janine LaManna “I Wanna Marry Larry” from Larry and Larry and Me, lyrics by Deb Poppel and Liz Leimkuhler “Boy On The Beach. Deb Poppel’s lyrics are clever and intelligent.

Buck’s show Go, book and Lyrics by Cory Conley College follows a senior named “Doc”, who has always been more of an observer than a participant. Lately he’s been obsessing over a gorgeous go-go boy whose stage name is simply “Go.” After weeks of lusting after Go from afar, Doc impulsively (and drunkenly) invents an excuse to meet his idol: a documentary about New York gay nightlife, with Go as its central figure. What ensues is a racy, intense, and often hilarious journey of self-discovery in which Doc finds out what happens when he gets everything he wants. Based on Cory Krueckeberg’s 2013 film, Getting Go.

His musical Only Anne with book and lyrics by John Dietrich was featured in Goodspeed Opera House’s Festival of New Musicals in January 2016. The show takes place in England, 1920 – shortly after World War I and right on the cusp of the Jazz Age. Quiet, reserved Anne Elliot is the middle child of Sir Walter Elliot, a vain and profligate aristocrat. After his reckless spending puts the family on the brink of financial ruin, Sir Walter is forced to let the family estate. The tenants he finds are a decorated naval officer and his wife – who happen to be relatives of one Frederick Wentworth, who was engaged to Anne some eight years prior. Now, confronted with the man she was convinced to give up so long ago, Anne must navigate a changing world and her own turbulent emotions in order to come to terms with her mistakes and, just maybe, undo some of them. Adapted from Jane Austen’s beloved 1817 novel Persuasion.

​As you can see and hear this is a songwriter to watch.