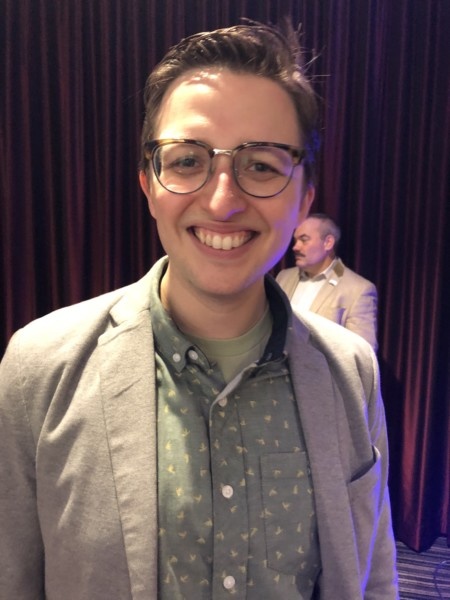 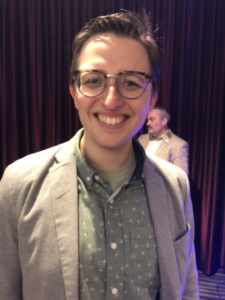 Will Roland (Broadway’s “Dear Evan Hansen”) will head a cast of four in an innovative reading of “Love Letters” by A.R. Gurney on December 9 at Feinstein’s/54 Below.  The reading is organized by Getting Together for Good, a charitable giving circle, to benefit the Ric Swezey Memorial Library, a program of The Family Equality Council, which supports and protects LGBTQ families through education, advocacy, and legal initiatives.

“Love Letters” is a tender, tragi-comic and nuanced examination of the shared nostalgia, missed opportunities, and deep closeness of two lifelong, complicated friends. Spanning five decades and numerous locations, it is usually staged with two actors behind desks or sitting in cozy chairs, letting their words describe a world of emotion.  In this innovative adaptation, the reading will be split between a straight couple and a gay couple to emphasize the universal theme of love.  Director is Broadway veteran Pearl Berman.

Appearing in the “straight couple” with Will Roland will be Annaliese Kirby, a New York-based based actor/producer and co-founder of the No Name Collective.  The “gay couple” will be played by Stan Ponte, President of The Drama League, and award-winning theatrical composer Andy Monroe.

The reading will be the centerpiece of the evening, which also includes videos from Family Equality Council and speakers.  Cocktails and savories will be served.

The Family Equality Council supports and protects LGBTQ families through education, advocacy, and legal initiatives.  The Council envisions a future where all LGBTQ families can live in communities that recognize, respect, protect, and value the fundamental right of everyone to raise a family.

Proceeds from the event will go to the Ric Swezey Memorial Fund Library to produce videos that tell stories of everyday LBGTQ families in their struggles for lived and legal equality.  The fund was established by The Family Equality Council after Ric Swezey’s death of June, 2017, in collaboration with Swezey’s husband Nick Scandalios.

Pearl Berman (director & casting director) is a Broadway producer and director. She co-produced “O Coward” in 1986, “The Coconuts” revival in 1997, “A Thousand Clowns” revival starring Tom Selleck in 2001 and “Enchanted April” starring Elizabeth Ashley, which won the Tony Award for Best Play in 2002-2003. She has produced and directed two cabaret shows to benefit the music school of the Lighthouse and has staged revivals of Broadway musicals in her home in the Hamptons.

Annaliese Kirby (actor) is a NYC based actor/producer and co-founder of the No Name Collective. She is a graduate of NYU Tisch, where she double majored in Theater and Psychology and minored in Producing. Kirby has worked professionally in theater, television and feature films and is passionate about bringing classical texts to young audiences and producing theater for female-led organizations. Recent productions include “A Midsummer Night’s Dream “(NNC), “HVMLET” (Dir. Tatiana Baccari and Wednesday Sue Derrico), and “Macbeth” (NNC). Favorite roles include Gretchen (Boeing Boeing), Helena (A Midsummer Night’s Dream) and Lady Macbeth (Macbeth).

Andy Monroe (actor) is a singer, songwriter, and dramatist based in New York City. He wrote the book, music, and lyrics for an original musical, “Drive,” which won the 2014 BMI Foundation Jerry Bock Award for Outstanding Achievement in Musical Theatre. He composed the musical adaptation of Dan Savage’s comic memoir, “The Kid,” which premiered in 2010 at The New Group (dir. Scott Elliott), winning the 2010 Outer Critics Circle Award for Outstanding Off-Broadway Musical. It also won the 2009 BMI Foundation Jerry Bock Award for Excellence in Musical Theatre.  He received the 2001 BMI Foundation Jerry Harrington Musical Theater Award for Outstanding Creative Achievement and was a 2007-8 Dramatist Guild Fellow. In 2011 he received a Jonathan Larson Grant from the American Theatre Wing. He is a member of the BMI Lehman EngelAdvanced Musical Theatre Workshop and the BMI Librettists Workshop. He has created music for dance in NYC for thirty years, working with The Paul Taylor School, The Ailey School, The Juilliard School and The Limon Institute, among others. In 1999, he founded his recording and publishing company, Compact Risks.

Stan Ponte (actor) is President of The Drama League. A graduate of New York University’s Tisch School of the Arts, he previously served on the Board of Directors of the Pre-War Condominium that he calls home and was one of the founding members of the successful Broker’s Build with Habitat for Humanity NYC. He is also a strong supporter of the Anti-Violence Project, which awarded him in 2017 with their highest recognition, “The Courage Award.” He also supports the work of the Bailey House, the Catskill Animal Sanctuary and the American Repertory Theater at Harvard University, which he serves on the NYC Leadership Circle.

Getting Together for Good is a committee of women which has previously held fundraising events  for The Lighthouse and Voices of 9/11.

RossJune 10, 2022
Read More
Scroll for more
Tap
He Says: No One Stood Up to King Kong
The National Alliance for Musical Theatre is Now Accepting Submissions for 2019 Festival of New Musicals