Wish Man Can a Little Independent Film Win The Oscar’s? 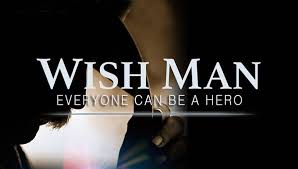 Wish Man Can a Little Independent Film Win The Oscar’s?

When I was invited to a screening of Wish Man, the true story of Frank Shankwitz, the man who created the Make-A-Wish Foundation, I wasn’t expecting much. 333 Films, El Ride Productions and Fresh Cats have produced a film that is heartwarming, interesting, inspirational and heartbreaking. This is a six hankie film that will effect both men and women.

Theo Davies, the writer-director has created a compelling storyline about a bullied boy, who was mentally abused by his mother (Fay Masterson), yet was given an unlikely mentor (Steven Michael Quezada) whose offer of love helped turn him into a Arizona motorcycle cop with a record of honor, to the founder of the Make-A-Wish Foundation.

Set in 1952 Illinois, 10 year old Frank (Chris Day) is dealing with his parents separation. His vengeful and unloving mother (Ms. Masterson) determined to keep him away from his loving father, takes off for Arizona. She then hooks up with another man and abandons him, but not before telling him that his father (Jason Gerhardt) is dead.

28 years later, the now-grown Frank (Andrew Steel), is an emotionally scarred Arizona motorcycle cop. Still carrying the wounds from his childhood, he has become a loner who drinks to escape. The one thing he takes pride in his job. When he arrests a hippy couple, who violently fight back, his volatile partner Tom (Frank Whaley) brutally beats the man. Tom and a his sergeant (Tom Sizemore), set up Frank to take the fall.

In the meantime Frank, gets a rookie partner (Julian Curtis) and is seriously hurt in a motorcycle crash being pronounced dead. Until he makes a miraculously recovery takes to a roadside nurse (Kym Jackson, Steel’s real life wife.). The Arizona police department’s new secretary Kitty (Kirby Bliss Blanton) is assigned to take care of Frank. She sees the man behind the pain and falls for him. When Michael (Christian Ganiere), a 7-year-old dying from leukemia favorite show is CHiPs dreams of meeting the real thing, Kitty signs Frank up.

Moved deeply by Michael, when the little boy, passes away Frank is ready to drink himself away, but the publicity Frank’s elderly father (Bruce Davison) who has been searching for him for decades.

Frank beats the charges of being railroaded and inspired by Michael starts the Make-A-Wish Foundation.

Theo Davies creates scenes so moving that you cry from joy and heartache. The scene with Michael in the hospital and with his father are restrained and touching real moments of truth. Real life  CHiPs stars Larry Wilcox and Robert Pine give cameo’s and get ready to hate Ms Masterson as Franks mother. Kudos to the young kids in the film who give well rounded performances.

As Frank Shankwitz, Aussie leading man Andrew Steel brings such a range of emotion and subtle layering to this man you will come to admire. Steel was handpicked by the real “Wish Man” for the role, and is the President and Co-Founder of the International Film Festival with a social conscience – Flicks4Change.org.

Wish Man is a film that should win the Academy Award, but unless it finds a great publicist or a ground swell helps this “little film that could”.

Wish Man had a limited theatrical release back in June and July, where it played in 37 theaters across 13 states. It will soon be released across all digital, streaming and VOD platforms in North America in September, and on DVD and Blu-ray on September 10th.

The producing team are looking into the option of re-releasing the film in theaters between September and December to try and reach a wider audience.

Seek out this film, you will not be sorry. In a world that seems so unfeeling and evil, Wish Man will make you see that the light can still snuff out the darkness. 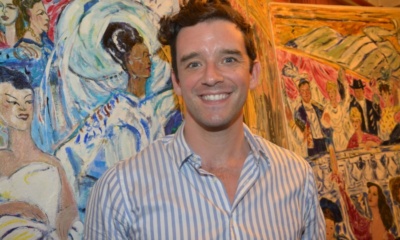 Woodstock Forever: Peace, Love & HOPE
September is Packed With Things To Do