With Much Celebration This St. Patrick’s Day, Peaky Blinders’ Season 6 Release Date on Netflix Will Be in June 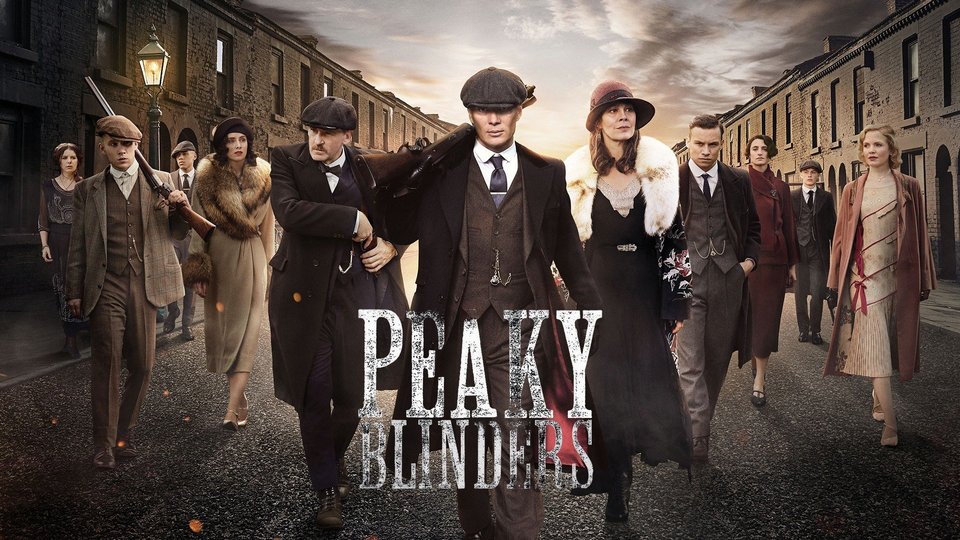 With Much Celebration This St. Patrick’s Day, Peaky Blinders’ Season 6 Release Date on Netflix Will Be in June

Though the British gangster series “Peaky Blinders” has been airing In the U.K. since  Feb. 27 on the BBC, Season 6 is finally heading to Netflix. Starring Irish actor Cillian Murphy, the hit show will launch on June 10th, 2022. This season is set to be the final one, although a film adaptation is in the works which is set to go into production in 2023. 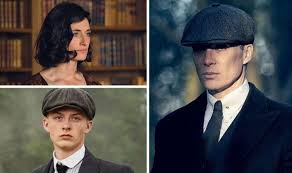 Sadly, this season will air without one crucial character, Aunt Polly, since Helen McRory, the actor who played her, tragically died of cancer last April. Lead actor Murphy, who also co-produced seasons 5 and 6, has said to Variety, the entertainment publication. “This is the culmination of the series that hopefully improves upon the last season and makes the most recent one the richest and deepest one that we possibly can — partially because of all of the pandemic shit happening in the world and, of course, the really sad loss of [Helen]. We are determined to make this a special series and we have been extra committed to working hard. I think the fans will be pleased!” 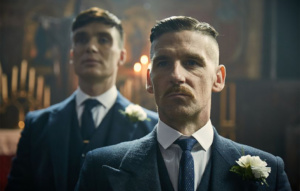 Murphy continued. “The whole series is really in tribute to her and to honor her. Her presence and her character’s presence are very much still felt in the series, and  is very much part of Tommy Shelby’s journey in the season. It’ll be different without her. It simply won’t be the same. I’ve spoken about how phenomenal she was as an actress and person; it’s an enormous loss to the whole acting community — not just for our show. My thoughts are always with [husband] Damian [Lewis] and her kids. I just hope that the show will live up to her memory and our memory of her.” The multi-award-winning gangster epic was created and written by Steven Knight (“Dirty Pretty Things,” “Eastern Promises” and “Locke”). Sold to more than 180 countries, the series has been widely available internationally on Netflix. Owned and produced by Caryn Mandabach Productions the series is co-produced with Banijay’s Tiger Aspect Productions which distributes and represents a range of global ancillary rights for the Peaky Blinders brand. 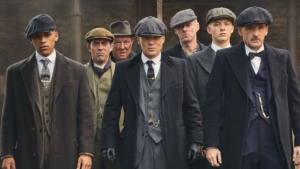 Founded by Emmy-winning US producer Mandabach, her prolific career includes the creation of iconic titles such as Roseanne, “Third Rock from the Sun,” “That 70s Show” and “Nurse Jackie.” This independent television production company not only produces and owns the BAFTA winning drama, it also controls the development and licensing of the brand. The company also continues to develop and produce ground-breaking, culturally relevant content that is consistently part of pop culture vernacular.

The show is also known for its dark and dramatic soundtrack which acts as a window into the mind of Murphy’s character Tommy Shelby — a tortured ex-soldier who suffers from PTSD after fighting in the trenches during World War One.

Centered around the Birmingham-born, Irish-descended gangster, the series details his family and their very dubious business practices. Through a complex set of plot developments and complications, the Shelby clan — ruthlessly led by Tommy — achieves success well beyond its tawdry working class background — with many family members and friends dying along the way.

To tie in with the sixth and final season airing now on BBC One, Universal Music Group (UMe) is releasing a blood-red vinyl edition of the official soundtrack to Peaky Blinders. The three LP set features music and key clips of dialogue from all the show’s seasons.

The show has been particularly celebrated for its stylish cinematography and charismatic performances. But it’s all enhanced by the use of contemporary music, with the latest season’s score by the multi–Mercury Award nominated singer/ songwriter Anna Calvi. The soundtrack album also features extracts from original scores created specifically for the show.

Show Creator Knight was instrumental in pushing the importance of the music used in the show. As he explained,  “The Peaky Blinders story and the music we use are twins, born at the same time. It would be difficult to imagine most of the pivotal moments without the soundtrack. I’m so glad that at last we have been able to put some of the tracks together on one album, to put the atmosphere and swagger and snarl of the show into your headphones and speakers.”

But it’s not just the low tones of Nick Cave’s vocals in the opening theme tune which have become synonymous with the BBC’s hit drama. Alongside the atmospheric opener, all the songs featured in the show have been painstakingly chosen to reflect the feel of the program (its violence, grit, and glamor), and the internal life of its characters. The soundtrack features the haunting rendition of the show’s iconic theme song,“Red Right Hand,” by Nick Cave & The Bad Seeds’ plus a version recorded specifically for the show by PJ Harvey which is only available on this soundtrack.

Also exclusively on the album are Jehnny Beth’s “I’m The Man” and Calvi’s Season 5 score, “You’re Not God,” along with Richard Hawley’s  rendition of Bob Dylan’s “Ballad of A Thin Man.” The album is completed by songs from Cave himself, Arctic Monkeys, The White Stripes, Royal Blood, The Last Shadow Puppets, Queens of the Stone Age, Black Sabbath, David Bowie, Laura Marling, and Foals among others.

At the same time, Bushmills Irish Whiskey, the world’s oldest licensed whiskey distillery, has been designated as the Official Whiskey of the Peaky Blinders TV Show, making it the preferred sipper of the notorious Shelby Family. The partnership with Endemol Shine North America (a Banijay company), and the official brand owner and series producer Caryn Mandabach Productions, launches just in time for St. Patrick’s Day with an exciting offer for fans to imbibe like the Shelbys and will extend through 2022.

The Shelby Family and Bushmills Irish Whiskey share stories of passion and perseverance in the face of adversity. Bushmills has never wavered from its commitment to crafting great whiskey with a recipe passed down through generations of skilled and devoted whiskey-makers. Made on the wild edges of the north coast of Ireland, Bushmills has stood the test of time for over 400 years, having overcome conflict, fire and famine.

Said Lander Otegui, Senior Vice President of Marketing at Proximo Spirits, “The motivations of the Shelby’s are those of family, loyalty and perseverance, which are the same qualities that have put Bushmills at the forefront of whiskey making for hundreds of years. Over the course of our partnership, we are excited to connect with a new, dynamic generation of whiskey drinkers through collaborative content and experiences that speak to the history and heart of our brand.”

Throughout the year, Bushmills and Endemol Shine North America (a Banijay company), in collaboration with Caryn Mandabach Productions, will connect with U.S. consumers through an exciting, full-scale promotion featuring co-branded content, a national advertising campaign and live experiential moments.

For those looking to celebrate St. Patrick’s Day, toast the day with the Official Whiskey of the “Peaky Blinders” TV Show, and its Shelby Sour cocktail. To kick off the partnership — running through March 17th — fans of the whiskey brand and of the show can order a Shelby Sour from a local bar, and Bushmills will cover the cost.

Said Scott Shillet, Vice President of Licensing at Endemol Shine North America, “What better way to welcome Bushmills as the Official Whiskey of the series than with a free whiskey cocktail for our loyal fans. We’re excited to give our extended Shelby family a first taste of the partnership this St. Patrick’s Day as they eagerly await the sixth and final season of the hit show.”

Go to www.Bushmills.com/Shelby for official terms and conditions of the program, the Shelby Sour recipe and an exclusive sneak peek into Bushmills’ next release.