Women of Soul – Sisters Doing It For Themselves 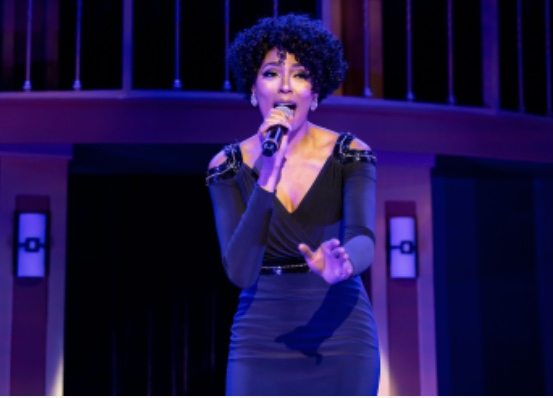 Women of Soul – Sisters Doing It For Themselves

Stephen Best
I cannot think of a better way to celebrate the beginning of Black History Month than with the musical musings and distinguished divas now honored at the Mercury Theater Chicago. Director Daryl D. Brooks has remounted his hit 2018 musical revue, Women of Soul, championing a half centry of the celebrated chanteuses who paved the way for today’s pop sensations. A road often paved through blood, sweat and tears, as well as a nonstop collection of glittering gowns and more wig changes than all six seasons of Schitt’s Creek’s Moira Rose’s wig wall combined. More on that in a minute. To help pay homage to these industry icons, Brooks has wisely assembled a collection of Chicago’s most voracious vocalists, letting them do all the exquisite vocal heavy lifting. The results, a tremendous night of nonstop hits, wall shaking thunderous vocals that lift and elevate for the better part of two hours. 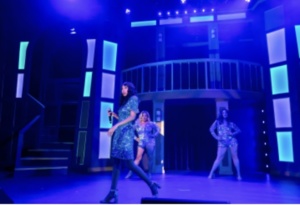 Women of Soul began as a passion project for Brooks, having its world premiere at The Black Ensemble Theater back in 2018. Now in 2022, its bolder, brighter and better than ever. Musical director, Robert Reddrick, kept the ever-constant music flowing as one by one, this cast paid homage to the heiresses to the thrones of pop, gospel and soul music. Billed as “a celebration of the most powerful women of soul to ever grace the stage” just sit back and enjoy. The night I attended the audience was just as vocal as the team of talented singers on stage. Clapping, dancing, spontaneous sing-a-longs, this show is the most fun you will have at any theater currently in operation in Chicago. Who wouldn’t want to experience that? 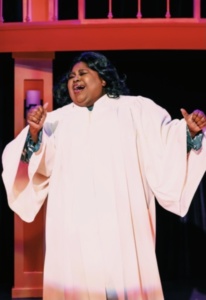 Fresh off of Mercury Theater Chicago’s successful run of Sister Act, Rueben Echoles returns as the wig and costume designer. No small feat here with over 30 hair pieces and 40 costume changes in less than 2 hours. Each more fabulous than the last. The only exception, the “That Girl” blonde flip sported by Colleen Perry during her tribute to Adele. After nailing likenesses of Diana, Donna, Dionne, Janet, Amy and an army of others, Perry would have been better served sporting her own natural crown. It distracted not enhanced. I will forgive Echoles this one boo-boo in a night full of glamour, glitz, gowns and regalia. 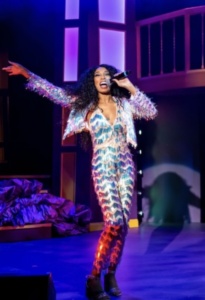 Now, let’s talk about the woman who brought the soul and so much more. Robin da Silva opened the show with a rousing rendition of Gladys Knight’s “Midnight Train To Georgia” and then “took us to church” revisiting songs from her award-winning performance as Mahalia Jackson. Her “Trouble Of The World” and “How I Got Over” were worth the price of admission alone. Her gorgeous take on Jill Scott’s “A Long Walk” left the audience speechless. Jessica Brooks Seals elegant take on Dionne Warwick’s “I’ll Never Love This Way Again” was a charmer, but it is her rendition of Etta James’ “I’d Rather Go Blind” that metaphorically shook the walls of this theater to its very foundation. Her act two “Tonight Is The Night” had audience members stomping and jumping in the isles. Rhonda Preston taught a master class in performance, elevating Evelyn Champagne King’s “Shame,” The Weather Girls’ “It’s Raining Men,” Natalie Cole’s “This Will Be (An Everlasting Love)” and Anita Baker’s “Sweet Love” as only she can. 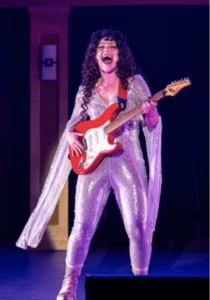 I have long been a fan of the remarkable Cynthia Carter, enjoying her in dozens of productions at The Black Ensemble Theater. She continues to have me thoroughly under her spell, nailing Tina Turner’s “Simply The Best,” Big Mama Thornton’s “Hound Dog,” Gloria Gaynor’s “I Will Survive” and Mavis Staples of The Staples Singers “I’ll Take You There.” Blowing the roof off the place vocally, Carter barely broke a sweat. Or should a say a diva’s glow. Speaking of diva’s, Aerial Williams got to play almost all of them. Diana Ross’s “I’m Coming Out,” Donna Summer’s “Hot Stuff,” Janet Jackson’s “Control” and Mary J. Blige’s “Just Fine” with solid choreography and costuming. Williams, the strongest dancer of the troupe, proving she has “The Right Stuff.” Whoops, that’s a Vanessa Williams song and she was one of the few singers not covered in this show. 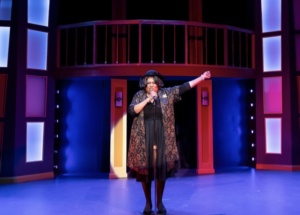 Proving soul isn’t just attributed to skin color, Colleen Perry brought her thunderous bravado to both Janice Joplin’s “Piece of My Heart” and Adele’s “Rolling In The Deep.” Oh, to hear this woman one day sing the song book of Melissa Etheridge. A different show I am sure, but I cannot wait. Hannah Efsits is the newcomer here, but her take on Teena Marie’s “Lovergirl” and “Fire and Desire” with Rick James (Dwight Neal, the single divo in this mix of divas) and “Valerie” from Amy Winehouse proved this young lady has a bright future ahead. She not only nails the distinctive vocal prowess of Winehouse, but mimics her unique stage presence and mannerisms as well. The bouffant hair not overshadowing her vocal range. Lastly, Jerica Exum had the pop chart vocal heavy lifting, singing songs by both Whitney “The Voice” Houston and Mariah Carey. This task a simple one for her, seizing Houston’s “I Have Nothing” and Mariah Carey’s “Vison of Love,” “Sweet Love” and “Emotions,” including the whistle register note, the highest register that can be created by the human voice, with ease. 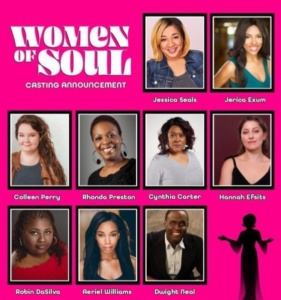 The show concluded with a medley of songs paying tribute to the undisputed “Queen of Soul,” Aretha Franklin. Each songstress getting a moment to shine on tunes like “I Say A Little Prayer,” “Respect,” “You Make Me Feel Like A Natural Woman,” “Chain Of Fools” and “I Knew You Were Waiting.” A fitting ending to a really fabulous showcase. My review of this revue is it’s a must see. This collection of talent under one roof doesn’t happen often. With maestro Daryl D. Brooks at the helm, this Soul is setting sail for greatness.
Women of Soul is now playing at the Mercury Theater Chicago now through March 6, 2022
Related ItemsBlack History MonthChicagoColleen PerryCynthia CarterJessica Brooks SealsMercury Theater ChicagoNewRobin da SilvaStephen BestWomen of Soul
Music