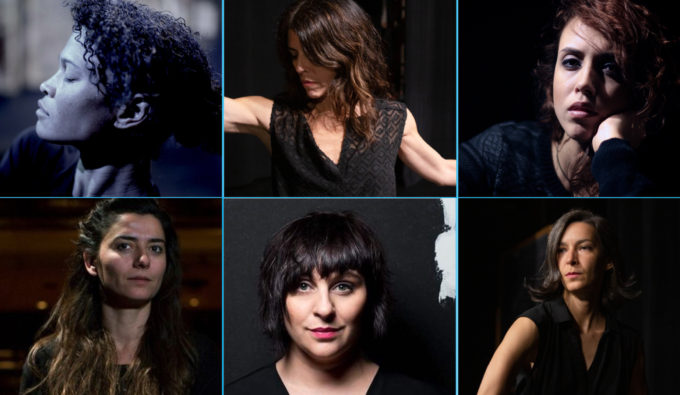 Light and Desire calls upon family history, social politics, and personal experience to tell and uplift the narratives of women who have resisted oppression by creating their own forms of radical expression. The central question it addresses is how women hold, embody, and express power. Conceived and directed by Colleen Thomas, who also performs in it, Light and Desire features dancer and filmmaker Carla Forte (Venezuela); dancer-choreographer Ildiko Toth (Hungary / Germany); dance curator, dramaturg -, and choreographer Joanna Leśnierowska (Poland); dancer, and choreographer Ermira Goro (Albania/ Greece); and professor, dancer, and filmmaker Rosalynde LeBlanc (USA).

Thomas, whose work often focuses on women and human perception and perspective, has been developing similar international collaborations since 2016. This new work, developed through a series of international workshops and performances, was originally scheduled to premiere in April of 2020 and was delayed by the pandemic. Light and Desire reemerges with the new relevance and urgency in the new reality shaped by Covid where women’s lives were hit particularly hard by the emotional stress of juggling families and professional lives, diminished presence in the workforce, and other issues disproportionately affecting female-identifying people of the world’s population.

“The dancer’s individual experience of war, immigration, racism, and sexism are at the core of this work. I have known all of my international collaborators and worked with these women for years. Their strength lies in the extraordinary, poetic vulnerability and compassion they convey to the audience,”  says Colleen Thomas. “I began creating Light and Desire with a lot of anger and concern over the misogyny I saw in our country in 2016. Sharing through dialogue and movement with women from other countries has been and remains a cathartic adventure,” she further explains.

The New York Live Arts “Our Season of Anniversaries” – celebrating 10 Years of Live Arts and 40 Years of the Bill T. Jones/Arnie Zane Company – emboldens commitment to artists at every stage of their career: artists notable for their conceptual rigor, formal experimentation and active engagement with the social, political and cultural currents of our times. This presentation is part of Live Arts’ Live Feed creative residency program, a laboratory for the development of new commissioned work directed toward the Live Arts theater. The Live Feed program is supported in part by the Rockefeller Brothers Fund National Endowment for the Arts, New York City Department of Cultural Affairs, and Partners for New Performance. This work is made possible by the generous support of the Trust for Mutual Understanding, Barnard College, Miami Light Project, and the Adam Mickiewicz Institute.

Tickets start at $25 and can be purchased athttps://newyorklivearts.org/event/light-and-desire-2021/ starting on August 19, 2021. There will be a Stay Late discussion following the September 16th performance moderated by a special guest to be announced.