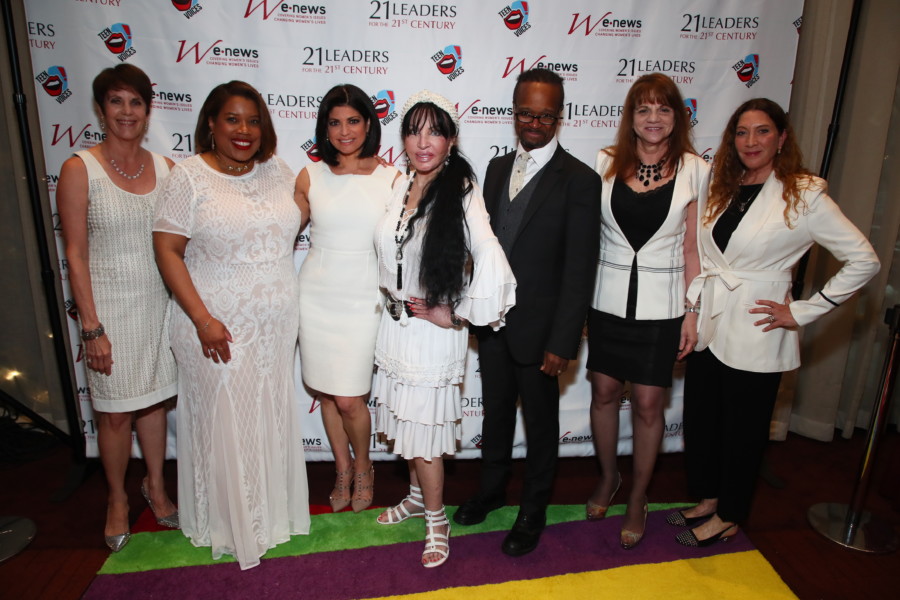 It was another special night in New York City as over 200 guests attended the 19th annual 21 Leaders for the 21st Century awards gala Monday, May 6th at Club 101.

The lovely event honored 21 women and men who have helped promote and empower women and girls around the world. The event, presented by Women’s eNews, took place on May 6.

“This is a wonderful organization and I am happy to be here tonight to support it,” stated Arbus during the festivities.

This year’s gala presented an ‘In Memory of’ in tribute to Lenora Lapidus, the head of the Women’s Project of the ACLU, who passed away earlier this week from breast cancer. She was a 2017 ’21 Leaders for the 21st Century’ honoree.