Women’s March.. But About What? Why Aren’t We Marching, Screaming and Fighting For Our Rights? One State Is All It Takes 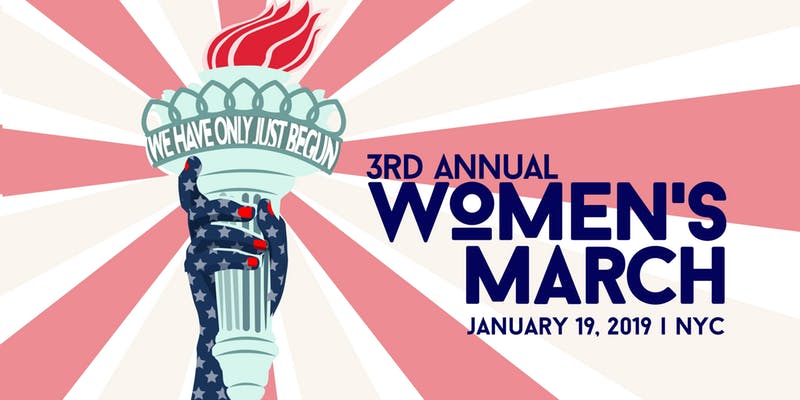 Women’s March.. But About What? Why Aren’t We Marching, Screaming and Fighting For Our Rights? One State Is All It Takes

“Marches, demonstrations and protests for equality and civil rights are woven into the fabric of Gloria Steinem’s story, and are vital to the story we tell every night at GLORIA: A Life,” Daryl Roth commented. “We want our cast and company to have the opportunity to join the March for equality on January 19.”

I have a question for all those who are marching, “Why are you not fighting for the one state that gives women equal rights? Isn’t this more important?

Under the leadership of U.S. Representative Bella Abzug of New York and feminists Betty Friedan and Gloria Steinem, it won the requisite two-thirds vote from the U.S. House of Representatives in October 1971. On March 22, 1972, the Equal Rights Amendment was passed by the U.S. Senate and sent to the states for ratification.

Illinois recently became the 37th state to approve the pending Equal Rights Amendment (ERA), putting it one state short of ratification. This amendment forbids denying equal rights on the basis of sex, could reshape everything.

Did you know Idaho, Kentucky, Nebraska, South Dakota and Tennessee withdrew their votes?

Do you know if push came to shove these laws could be inforced?

1. Child Marriage: Child marriage is shockingly still legal in the United States. While the minimum age of marriage in most states is 18, every state allows exceptions to these laws, either through parental consent or judicial approval. In 2017 that the total number of children wed in the United States from 2000-2010 was estimated around 248,000, and that “almost all of them were girls, some as young as 12.”

2. Non-Revokable Consent: In North Carolina, women have no legal standing to revoke consent for sexual intercourse once it has begun as a result of a 1979 legal precedent which stated that if “the actual penetration is accomplished with the woman’s consent, the accused is not guilty of rape,” even if the woman withdraws her consent. This precedent has been cited in several rape cases, resulting in their dismissal.

3. Upskirt Photos: In Georgia it is not illegal to take upskirt photos of women in public.

4. Rapists’ Parental Rights: Seven U.S. states do not have any laws that prevent rapists from claiming parental rights if a rape victim becomes pregnant. Women are having to co-parent their child with their rapist. Did you know the majority of rapes in the U.S. go unreported?

5. Oral Sex Isn’t Rape If The Victim Is Unconscious: The Oklahoma Court of Criminal Appeals ruled in 2016 that someone cannot be found guilty of forceable sodomy if “a victim is so intoxicated as to be completely unconscious at the time of the sexual act of oral copulation. This ruling was in response to a case where a teenage girl was allegedly orally sexually assaulted by a teenage boy while she was unconscious due to alcohol consumption.

6. Toplessness Laws (Or Lack Thereof): New York, Hawaii, Maine, Ohio, and Texas have laws allowing a women to go topless.Other states have laws classifying exposing one’s breasts, except in the case of breastfeeding, as a crime.

7. Hair Regulations: Many states still have laws on the books that restrict a woman’s choice in styling her hair. In Michigan, a woman is not allowed to get her hair cut without her husband’s permission. In Oklahoma, a woman technically has to possess a license to do her own hair. In Nebraska, a law says that a mother must obtain a special state license if she wishes to perm her daughter’s hair.

Am I making my point? These are just some of the laws against women and yet we march? For what? The website says we march for unity and solidarity. Why aren’t we marching for our rights. ONE state, just ONE state is all that is needed. Why are we not screaming our heads off for this. Isn’t it about time to get our priorities straight.