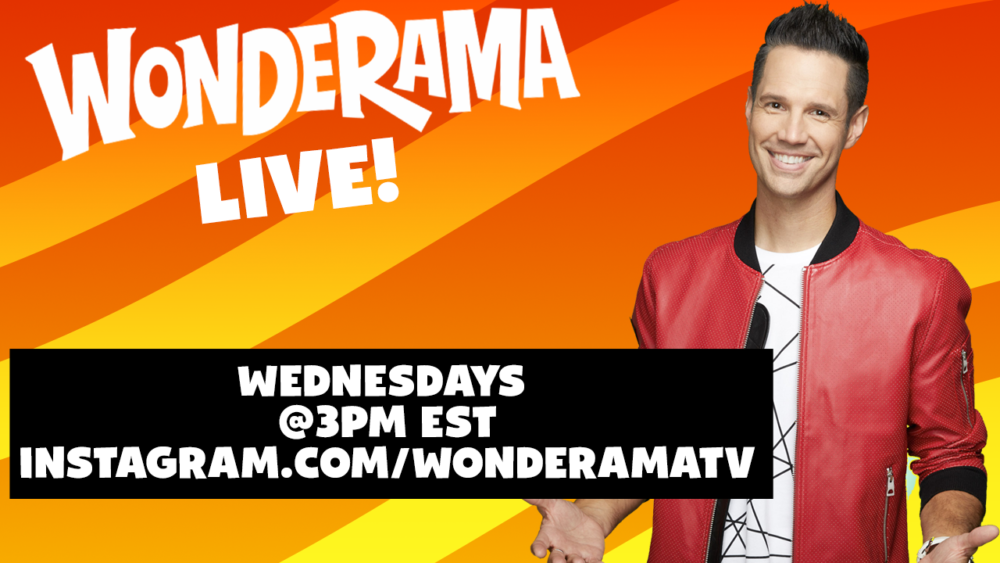 Wonderama has been in the news recently due to the fact Sonny Fox, who hosted Wonderama from 1959-67, passed away. Irwin “Sonny” Fox was one of era’s most popular kid-show hosts. Wonderama was a mix of cartoons, celebrity guests, magic tricks, art lessons, spelling bees and Fox’s slapstick humor with kids in the live studio audience as well as TV viewers across the nation. Wonderama ultimately would run from 1955-77, again from 1980-87 and in 2017.

After leaving the show — he was replaced by another longtime host, Bob McAllister.

The new version of Wonderama, hosted by David Osmond (son of Alan Osmond) and co-hosts Coco and Breezy Dotson. The revised version debuted on WPIX-TV in New York with “A Wonderama Christmas” special on December 25, 2016, followed by a national rollout on Tribune Broadcasting stations on January 8, 2017.

Classic segments (such as the popular “Snake in a Can” game) alongside new show elements including “Wonder-mojis,” “Cool Science” and “DJ Dance Emergency” featuring DJs Coco and Breezy, with “DJ Dance Emergency” being a revamp of “Wonderama A Go-Go” / “Disco City” from the classic show.

Season 5 is going to be amazing being completely filmed in Times Square!