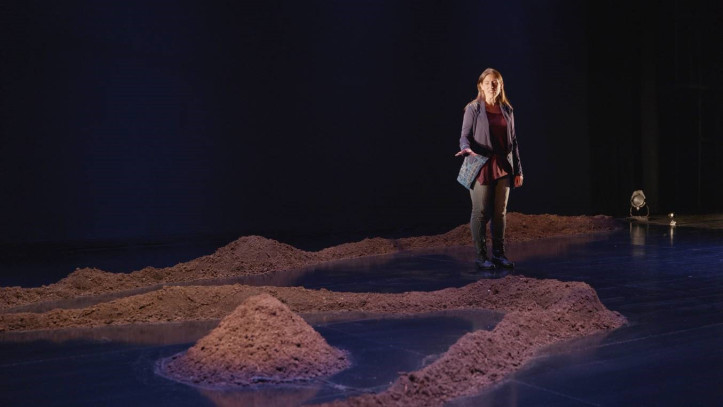 As all of us Canadians dig in and digest what it means to be us in the midst of National Indigenous History Month, a time for all Indigenous, non-Indigenous, and newcomers here in the glorious country I was born in to reflect upon and learn the history, sacrifices, cultures, contributions, and strength of First Nations, Inuit and Metis people, the current new cycle overflows with shocking (but not) reports of the deadly happenings in the backyards of this nation’s Indigenous Residencial Schools. It’s impossibly hard to take in and hold, especially as my mother, who is Mohawk, looks back and wonders if that was the reason her parents moved the family off the reservation so many years ago when she was in grade school. She or one of her siblings could have been one of the many children snatched up by the RCMP on the way home from school, and ‘reassigned’ to live in one of the many residential schools that dotted this country. It’s a horrendous construct to contemplate, that history, our history. Designed strictly to ‘teach’ the culture and language out from under their skin, that conversation needs, once again to be brought forth with strength and determination. The atrocities that happened in those schools are a complicated idea to wrap one’s head around (one that I write a bit about when discussing the documentary “The Fruit Machine“, Canada’s other dark secret, their horrific treatment of LGBTQ+ populations – click here), but not a surprising one. The only surprise here is that it took this long for the discovery and knowledge to be taken seriously in the light of day, and seen for the horror it truly is.

The upset sits uncomfortably inside my belly as I study my own Indigenous Status Card, knowing full well that this card has granted me so much in today’s world, but it is also a reminder of my personal shame, pointing out how little I know about that side of my family tree, the Mohawks. My mother, though, was nothing like the playwright and performer, Madeline Sayet’s mother, a central and passionate figure who constantly preaches to her daughter to stand up for authenticity in the telling of the Indigenous worldview and colonial history in Woolly Mammoth Theatre Company strong production of Sayet’s solo show, Where We Belong. I don’t fault my mother for that in the least, as she lived through a certain brand of prejudice and racism that I have not had to deal with directly. Homophobia, I guess, is my brand to contend with, but deep inside this streamed production, one that is partnered with Folger Shakespeare Library, a spiritual connection to the Indigenous Worldview is laid out and unpacked with a solid smart precision that will inspire and demand your upmost attention, from beginning to end, winding its way forward and back through Indigenous history to this moment in time.

Directed with a curving depiction of authenticity and truth by Mei Ann Teo (Belgium’s Festival de Liege’s Lyrics From Lockdown), Where We Belong streams out for us all to embrace, made available for digital streaming June 2021. Filmed on Woolly Mammoth‘s wide-open stage, assisted by a creative team comprised of Production Designer Hao Bai, Costume Designer Asa Benally, Sound Designer Erik Schilke, and Dramaturg Vera Starbard, Mohegan theatre-maker/director Sayet (Delaware Shakespeare’s As You Like It), lays out her wide-winged cultural journey as she flies onward to England to study Shakespeare. It’s a complex layering of ideas catapulting out inside the sharp meticulously designed structure of the play, formulated intrinsically in a country that refuses to even acknowledge colonialism in any way, shape, or higher form that makes sense, just as the Brexit vote sends shivers through Europe and beyond. “Most people don’t like to talk about colonialism,” she tells us wisely, as she dissects her Ph.D. studies, Shakespeare’s The Tempest, and the character Caliban. This is all while studying inside a learned institution that is working so very hard at keeping that particular English playwright’s language alive and well, all the while shelving and dismantling Indigenous culture into boxes in the back, mislabeled as unimportant and irrelevant. The imbalanced injustice is deliberate and intense, filled to overflowing with wise parallels and twisted turns of logic and history combined, that echoes, most insightfully, a journey to England that was braved by Native ancestors back in the 1700s in a futile attempt to peacefully discuss treatise betrayals.

The lines drawn are impeccable and well crafted, with intricate portrayals filled with smart assertions by Sayet as she dutifully weaves together ideas that both acknowledge history alongside modern equivalence and conceptualizations. This is especially true when she dives first hand into the depiction of The Tempest‘s Caliban, a character typically described as “half-human, half-monster“, a “wild man“, a “deformed man, or a beast man“, or even “a tortoise“. She sets forth the idea that he could be more wisely seen and directed as an Indigenous man, standing bent over within the context and under the weight of colonization. He is the only human inhabitant on this tempestuous island that is otherwise “not honour’d with a human shape” (Prospero, I.2.283) and is forced into slavery. It is a powerful place for this solo piece to begin the difficult, complex, and intimate examination of Indigenous language and culture, especially from a constructed colonial world that in all honesty “wanted it gone.”

Where We Belong asks its tuned-in audience to ‘think again’ about the history of the Mohegan people and the violence inflicted on all Indigenous people due to colonization, while also unpacking the stories Shakespeare tells about the Indigenous and the way we contend with and comprehend those stories today. “Words mean more,” Sayet states, and the spiritual threads all add up in this thoughtful piece of theatrical storytelling, a subject I am currently studying within the University of Alberta’s free online “Indigenous Canada” Worldview course (for information, click here) that explores Indigenous histories and contemporary issues in Canada by exploring key issues that face Indigenous peoples today from a historical and critical perspective highlighting national and local Indigenous-settler relations. It’s compelling stuff, and in that similar, well-constructed framework, Sayet has a way of asking questions that feel so simple but are drenched in complexities that are in desperate need to unwind before flight can happen. In one particular spellbinding moment, Sayet is thrown back, faced with someone least expected stepping into the stance her mother forever taught her to take. That casino jackpot struck a strong deliberate and winning chord proposes a simple but profound idea; ‘Could they have been defending us all this time?’ It’s not difficult to know what the right answer or the safe side is, but It does depend on “which line you’re trying to cross.” Sayet states this idea of border control at the beginning of this many-layered fascinating play, giving us space to try to unravel and understand our tangled histories. Ultimately, we know in our hearts that the answer is yes. But what follows is more disturbing; as it is all in the ‘why-nots’. To understand that, we must also come face to face and acknowledge colonial violence, greed, racism, and a desire like we are seeing proof of in the papers today in Canada, a historic and colonial desire to wipe the Indigenous, and their languages away from their ancestral lands. They do in fact belong in this place that is physically a part of their being. It is where they belong. Let’s hope that idea, and the words of this play fly high and wide across a world that should be hungry for this ideal.

Where We Belong features Playwright Madeline Sayet and premiered at Shakespeare’s
Globe in London in 2019 as part of Border Crossings’ ORIGINS Festival, the UK’s only large-scale multidisciplinary festival of Indigenous arts and culture. While at Woolly Mammoth, Madeline has been adapting the original piece for the digital realm with Director Mei Ann Teo. Where We Belong will also be featured as part of The International Festival of Arts & Ideas 2021 Festival season, themed around IMAGINE.

The performance will be featured as part of the Festival’s key programming, available on-demand to virtual audiences June 24-27. For more information, go to www.artidea.org.

Where We Belong will be available for streaming on-demand June 2021.
For tickets starting at $15.99, reserve online at woollymammoth.net, by phone at (202) 393-3939 or via email at tickets@woollymammoth.net. This film has closed captioning available.