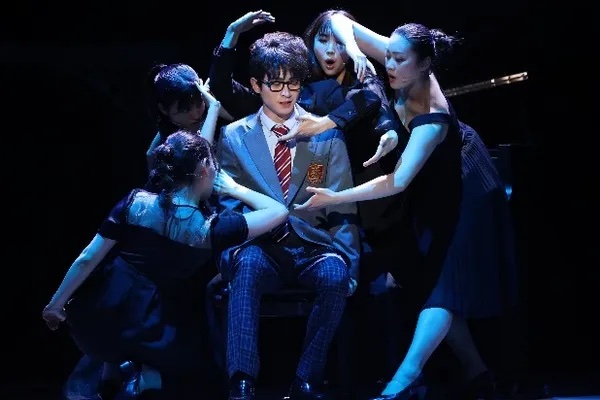 The world premiere of a brand-new musical Your Lie in April finally opened its curtain to a house full of enthusiastic audience at the prestigious Nissay Theatre on Saturday, May 7th in Tokyo two years after the cancellation of the world premiere in 2020 due to the pandemic. The house continues to be full everyday with tickets already sold out almost entirely. 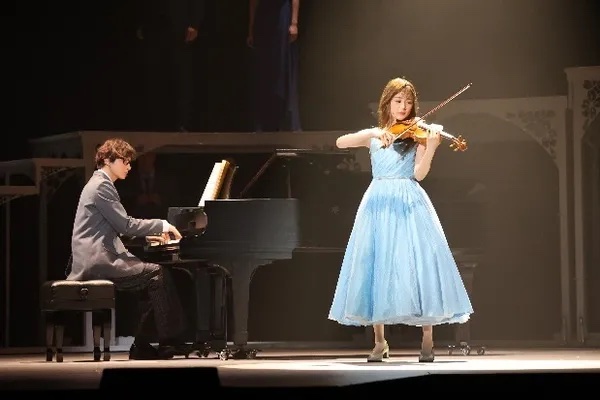 The musical, an adaptation of Naoshi Arakawa’s masterpiece manga of the same title which has been adapted into a TV anime series in 2014 as well as a hit live-action film in 2016, boasts a great collaboration of Broadway creators and Japanese musical talents. Music is by musical maestro Frank Wildhorn (Jekyll & Hyde, The Scarlet Pimpernel, Wonderland, Bonnie & Clyde, Death Note, Mata Hari, Rudolf), lyrics by Tracy Miller and Carly Robyn Green (The Light of Firenze, Kung-Fu Masters, Houdini) and Frank Wildhorn, arrangements and orchestrations by Jason Howland (Little Women – the Musical, Ikiru, Beautiful – the Carole King Musical, Jekyll & Hyde), book by Riko Sakaguchi who has co-written a Studio Ghibli film and written many other TV drama and films (The Tale of The Princess Kaguya, Mary and The Witch’s Flower), and lyrics translation and direction by Ikko Ueda (Little Shop of Horrors, Love’s Labour’s Lost, The Man Who Laughs, On Your Feet!, Dead Poet Society, Next to Normal, Legally Blonde). The show is produced by Toho Co., Ltd. and Fuji Television Network, Inc. 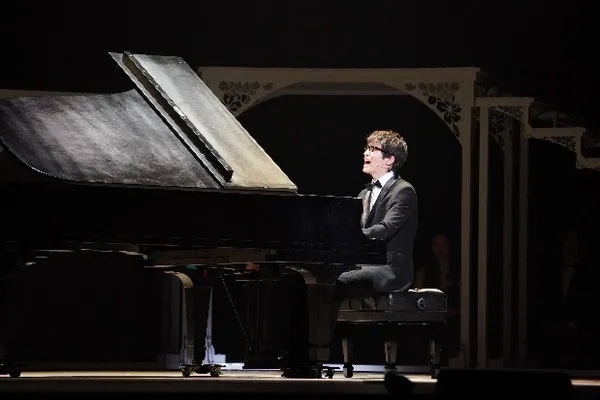 Your Lie in April centers around a piano prodigy Kosei Arima, who has lost the ability to hear the sound of the piano in his childhood since the death of his mother, who used to be his strict piano teacher, and is no longer able to face the piano. This changes one day in April when Kosei, now a high school student, meets a violinist of the same age, Kaori Miyazono, through his childhood friend Tsubaki Sawabe with his high school friend Ryota Watari. After hearing Kaori’s overwhelmingly free performance at a violin competition, Kosei’s world begins to take on colorful hues once again. Kaori tries to bring Kosei back to the world of music somehow, and Kosei becomes more and more attracted to Kaori. However, just as Kosei is about to return to the world of music, he discovers that Kaori has a big secret. 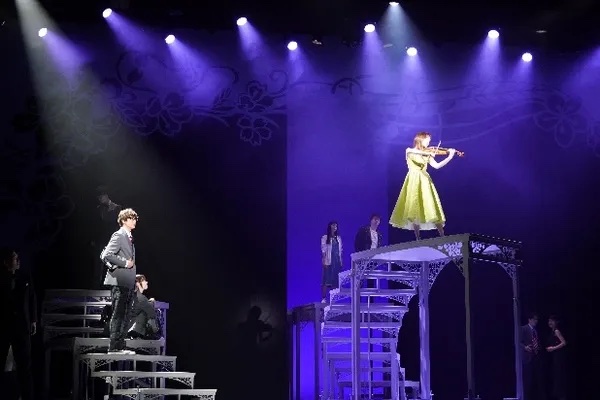 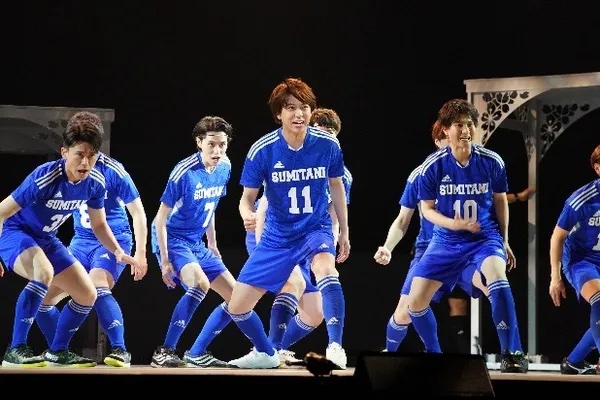 The audience showered the cast members with applause at the raucous curtain call of the opening night and continued expressing their fervent appreciation as the casts brought on stage the Grammy- and Tony-nominated musician, Mr. Frank Wildhorn as well as Ms. Carly Robyn Green. Mr. Wildhorn and Ms. Green had flown from the states to celebrate the opening of the international collaboration. Mr. Wildhorn saluted the audience, introducing the cast and creatives, and said: 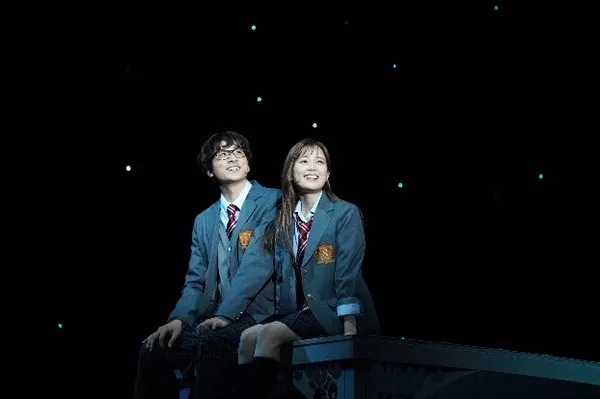 “It is a pure miracle that we are able to finally open Your Lie in April after these two challenging years. This musical has truly universal themes of family, friendship, loss, first love, adulthood, and the power that music has in all our lives. I would like to thank everyone for giving us a chance for our voice to be heard.” 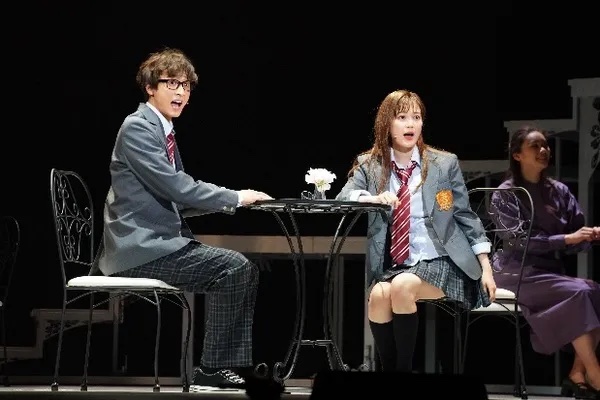 The buzz on the internet is created not only by the fans of the source material and musicals but also by newcomers of such, which many commented on the well-delivered emotions and youthful energy through the great power of music. Reviews included the words of: a “universal” story that is refreshingly brought together by the many brilliant songs with countless “take-home tunes”. 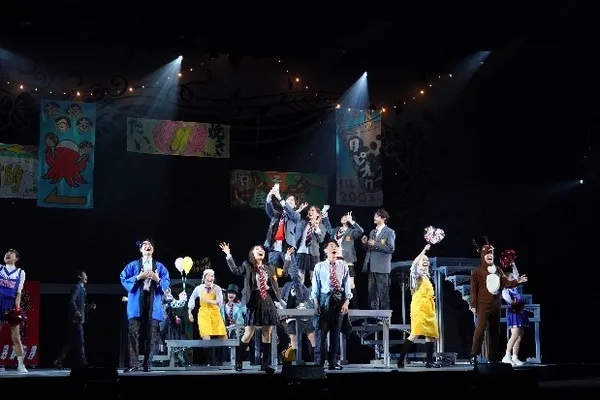 Your Lie in April continues its Tokyo run at the Nissay Theatre until Sunday May 29th. The musical will then tour to Gunma, Aichi, Hyogo, Toyama, and Fukuoka from Saturday June 4th to Sunday July 3rd.

Suzanna BowlingFebruary 2, 2023
Read More
Scroll for more
Tap
Theatre News: The Music Man, Harmony, Take Me Out, Charitybuzz and Birthday Candles
Steppenwolf’s The Minutes Unmaskes For the Good of All People on Broadway