Yet Another Celebrity Death to Cancer

Yet Another Celebrity Death to Cancer 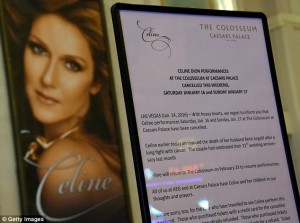 René Angélil, Celine Dion’s husband lost his battle against cancer on Thursday aged 73. Because of this Celine Dion will not be resuming her residency in Las Vegas until February. The 47-year-old pop diva immediately canceled her performances at The Colosseum at Caesars Palace on Saturday and Sunday and an official announcement confirmed she will is not scheduled to return untill February 23.

Angélil, had fought his battle with cancer for almost 20-years and passed away two days shy of his 74th birthday and one month after their 21st wedding anniversary on December 17th. 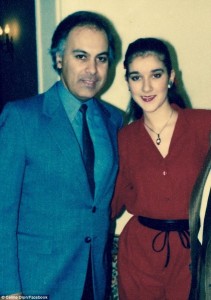 The five-time Grammy winner was just 12 years old when twice-divorced René declared her a star and became her mentor/manager. There was a 26-year age difference. In 1981, he mortgaged his home to fund Celine’s first record La voix du bon Dieu and, by 1993, the French-Canadian couple went public with their romance.

Last March, a tearful Dion revealed her husband was no longer able to eat and was getting all of his meals through a tube.

René leaves behind the couple’s fraternal twins Eddy and Nelson, 5, and son René-Charles Jr., 15. Angélil also has a son Patrick, 47 (with ex-wife #1 Denyse Duquette), and a son Jean-Pierre, 41, and daughter Anne-Marie, 38 (with ex-wife #2 Manon Kirouac).