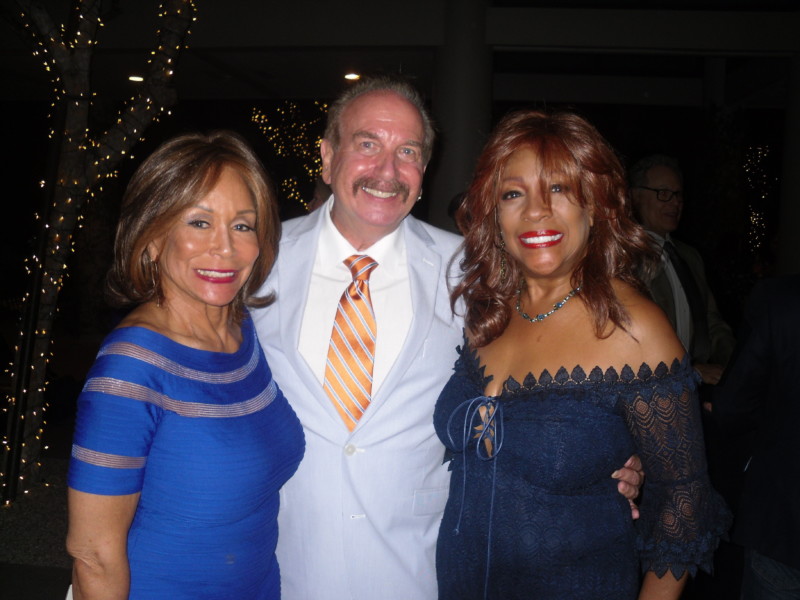 Best-selling Author Mark Bego and pop sensation Freda Payne will release a tell-all memoir titled Band of Gold November 2, 2021.  This authorized biography of pop singer Freda Payne, Band of Gold covers her entire career in music, which has spanned decades of pop / jazz / and R&B albums and singles, not to mention an acting career in both film and television.  She has also starred around the globe in Broadway touring companies of shows like Ain’t Misbehavin’ and Sophisticated Ladies.

While Freda Payne is best known for her 1970 Number One hit “Band of Gold” and her 1971 Grammy nominated album, Contact; her story is an inspiring adventure, lived alongside the “who’s who” of the show business world including Duke Ellington, Bob Hope, Frank Sinatra, Sammy Davis Jr., Pearl Bailey, Omar Sharif, Quincy Jones, Liza Minnelli, Jerry Lewis, and Sarah Vaughn.

Additionally, this frank and highly entertaining memoir features an introduction by another friend, the late Mary Wilson of The Supremes.

Freda had Duke Ellington wanting to hire her, Motown Records President Berry Gordy Jr. offering her a recording contract, but she had her own path to travel.  “When I look back at my life in show business, I have to say, ‘I’m a survivor,’” says Freda.  “As I have been writing this book, it has facilitated me looking back at some of the opportunities I have had, and some of the choices I have made.  I am happy to have so many wonderful friends throughout my life.”

Freda’s co-author, Mark Bego, is a writer Publisher’s Weekly has called “The Prince of Pop Music Bios.”  He has authored over 65 books that include two New York Times best-sellers and is considered the best-selling biographer in the rock and pop field. His subjects have included some of music’s biggest names including Aretha Franklin, Michael Jackson, Billy Joel and most recently Elton John; as well the hit cook book Eat Like A Rock Star, and Supreme Glamour—his Number One hit best-seller with Mary Wilson of The Supremes.

According to Bego, “I have known Freda Payne since the 1970s, when I was the Nightlife Editor for CUE magazine in New York City.  I then knew her socially for several years, and we always talked about working on her memoir.  It was after Freda contributed a recipe to my 2017 cookbook, Eat Like a Rock Star, that we decided the time had come to write this book.  We had a ball working together, and it was such a natural move to have our mutual friend, Mary Wilson, write the Introduction to the book.  Freda has an absolutely fascinating story to tell, and I am so happy be her co-author for this project.  She is extremely talented as a singer and actress, and she has lived the excitingly glamorous life of a true star.”