You Are There at the Grand Hotel Actors Fund Benefit 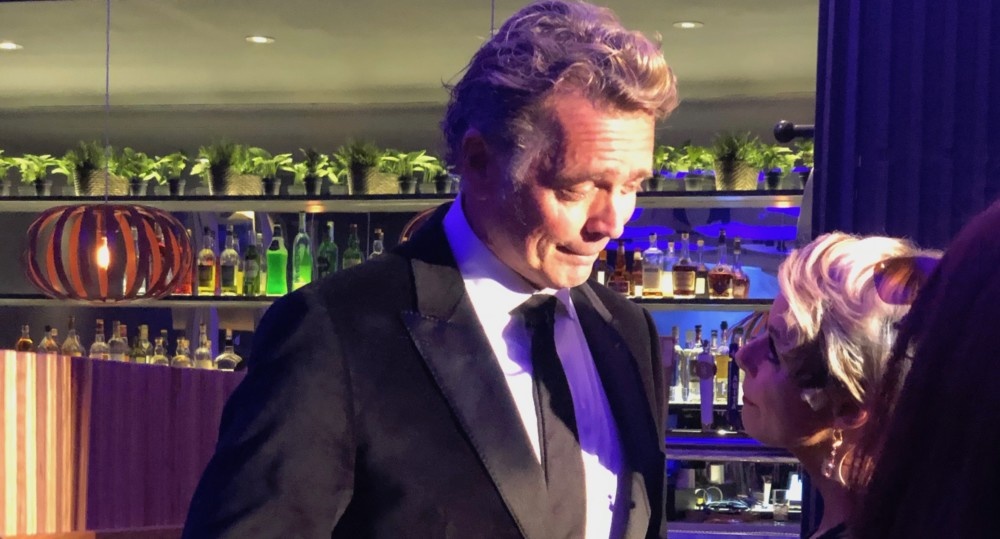 You Are There at the Grand Hotel Actors Fund Benefit

They were joined by John Schneider, who played the Baron Felix Von Gaigern in the original Broadway production

and Tony Award winner Judy Kaye, who sang from the other Grand Hotel.

Willison wrote and directed the concerts, which were dedicated to the memory of the late Liliane Montevecchi, who received a Tony nomination for originating the role of ballerina Elizaveta Grushinskaya.

The manager of The Green Room 42 Daniel Dunlow, got his own solo and nailed it.

Directed and choreographed by Tommy Tune, who was on hand Grand Hotel opened at the Martin Beck Theatre on November 12, 1989 and ran for 1,017 performances. It was nominated for twelve 1990 Tony Awards and won five—two for Tune in categories of Best Direction of a Musical and Best Choreography, two for designers Santo Loquasto (costumes) and Jules Fisher (lights) and one for the late Michael Jeter, who played Otto Kringelein, the dying bookkeeper.

Maury Yeston who wrote additional music and for the show was also present.

The Grand Hotel celebration toke place at 7:00pm and 9:30pm in The Yellow Pavillion in The Fig Room on the fourth floor of YOTEL New York at 570 Tenth Avenue.