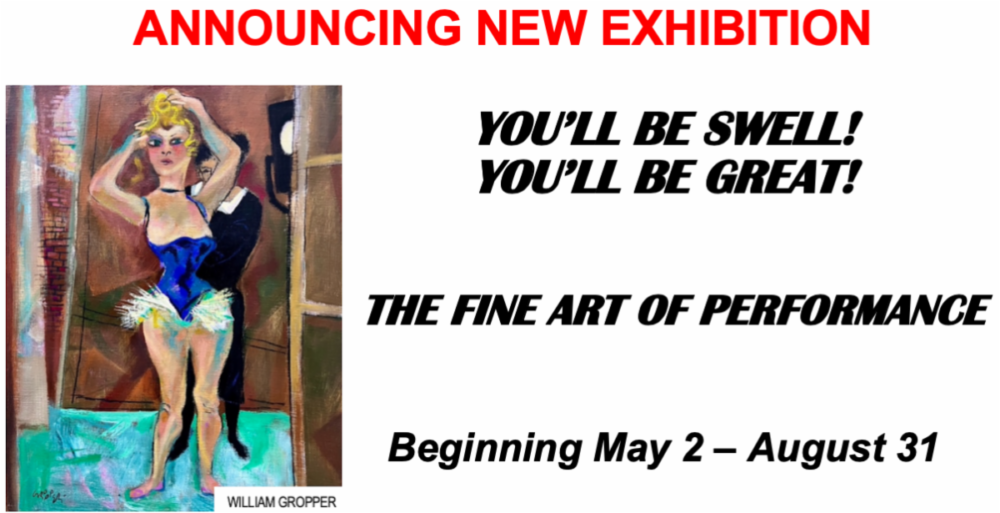 Suzanna Bowling
The new exhibition from Helicline Fine Art beginning May 2 through August 31, has about three dozen works of art depicting theatre, film, dance, music and circus, will be available on the Helicline site, artsy.net and 1stDibs.com. In person viewings can be arranged by appointment at the midtown Manhattan gallery. 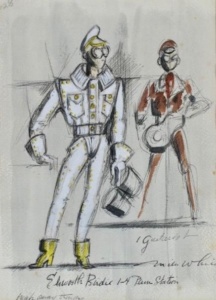 Featured works include paintings, costume and set design drawings, illustrations, photographs and more from iconic Broadway shows, films and more. They include: Hello Dolly!, Cat on a Hot Tin Roof, My Fair Lady, Cabaret, The King & I, Cabaret, On The Town, Bye Bye Birdie, Day and Night, The Defiant Ones, portraits of Josephine Baker and Carmen Miranda, as well as works depicting dancers, film sets, performers, playwrights, audiences, backstage, Times Square and more. The works were created between the 1920s – 1970s. 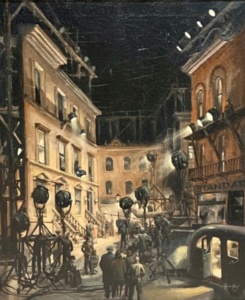 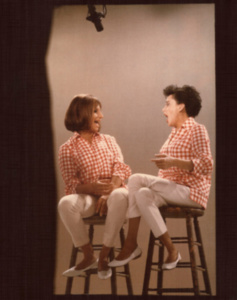 “While I have operated Helicline Fine Art since 2008, my life-long work has been, and continues to be, running a Times Square communications firm. From day one of my professional life, I have been working in entertainment, primarily the theatre, selling two hours of magic in a dark room. Some of these artists were friends, even clients. Their work has great significance to me, and I believe it will resonate deeply with those who love entertainment and the arts. These works are fine art.” said Keith Sherman, proprietor of the gallery. 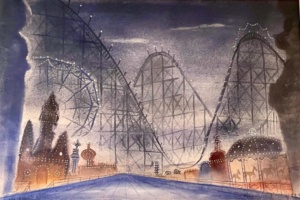 Artworks are available at a wide price range for beginning as well as established collectors who love all things entertainment.

Al Hirschfeld (1903 – 2003) The King and I
14 3/4 x 30 inches Ink on board
Signed lower right From the original production published in The New York Times on March 25, 1951. The drawing features Gertrude Lawrence and Yul Brynner.

The title of the exhibition, “You’ll Be Swell! You’ll Be Great!” is a song lyric from arguably the greatest musical ever written, Gypsy, by Jule Styne, Arthur Laurents and Stephen Sondheim.