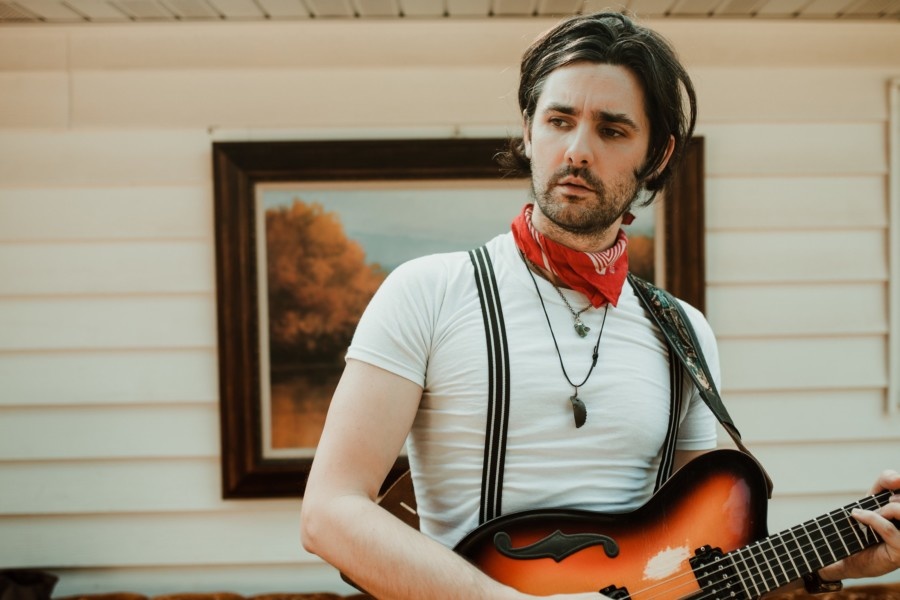 Zane Carney just announced an upcoming solo show, taking place on Sunday, April 14th at 10pm at Rockwood Music Hall Stage 3.  Zane will be in town to attend the opening of Hadestown and cheer on his older brother Reeve.

Named “the future of electric guitar” by HuffPost, Zane Carney is a singer, songwriter and Grammy-nominated guitarist most known for his work with John Mayer, Jonny Lang, Avril Lavigne, Interscope Records’ CARNEY, and U2’s “Spider-Man: Turn Off The Dark” on Broadway. He has recorded with everyone from Justin Timberlake to Thundercat to John Daversa, shared the stage with Stevie Wonder, Steven Tyler, and Roy Hargrove, and appeared on Oprah, Ellen, David Letterman, and Jimmy Kimmel Live. Zane has also opened for U2, Fergie, and The Black Crowes, and collaborated with Bono, who has referred to him as “the best guitarist in New York.”

Most recently, Zane formed a duo with award-winning actress/vocalist Evan Rachel Wood (EVAN + ZANE), developed a film scoring partnership with Grammy-nominated pianist Tommy King, wrote for Avril Lavigne’s sixth studio album, and launched ZNC, a new hardcore free-improv jazz project.
Pushing the boundaries of genre, Zane has garnered critical acclaim and audience buzz for his evocative and inventive compositions, rich with lyricism, as well as his world-class guitar stylings and hauntingly powerful vocals. His guitar playing has drawn comparisons to artists such as Wes Montgomery, Django Reinhardt and Jimmy Page, who are among his biggest inspirations. John Mayer has called him “the greatest guitarist of his generation,” while Avril Lavigne praised Zane as her“favorite living male singer.” He has headlined sold-out shows across Japan, Australia, Mexico, Europe, and the US, and released three solo records (Confluence, Amalgam, Live In Tokyo.)

You can see Zane April 14th at the Rockwood Musical Hall at 10pm click here for tickets as they will sell out quickly.