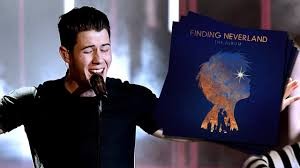 Multi-talented actress, platinum-selling recording artist and covergirl, Zendaya, just released a video for Neverland, the title song featured on Finding Neverland The Album (Republic Records). The album is a companion to the Broadway production of Finding Neverland, which sees music’s top stars reimagine the show’s songs. 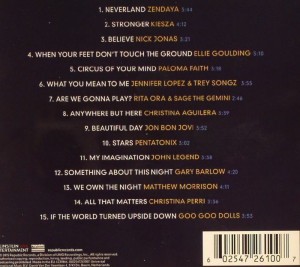 “I am so excited to tell the story of Neverland through my own lens,” says Zendaya. “It was an honor to act alongside Bryan Cranston, and so great to reunite with Maks and Ian, who both helped bring a cool and edgier vibe to the video through their choreography. I hope my fans are as inspired by Neverland as I was inspired by Finding Neverland on Broadway.”
Harvey Weinstein said, “Zendaya is one of the most vibrant, talented performers on the scene right now and we are beyond thrilled that she could lend her talents in this brilliant new video and adaption of Neverland. Brad, Maks and Ian collaborated gorgeously with her to perfectly replicate the story’s magical spirit and get audiences excited for the Broadway production all over again.”
The video first premiered last night on the Disney Channel, following the season one finale of Zendaya’s hit spy comedy, “K.C. Undercover.”
Finding Neverland The Album assembles an all-star lineup to interpret songs from the hit Broadway production. Artists include Rita Ora, John Legend, Nick Jonas, star Matthew Morrison, composer Garly Barlow, Christina Aguilera, Jon Bon Jovi, Jennifer Lopez & Trey Songz, Christina Perri, Goo Goo Dolls, Pentatonix, Sage The Gemini, and more. The album was also produced by Gary Barlow and executive produced by Harvey Weinstein, Victoria Parker, and Dana Sano.
Based on the Academy Award®-winning motion picture by David Magee, and the play The Man Who Was Peter Pan by Allan Knee, Finding Neverland  follows the relationship between playwright J. M. Barrie and the family that inspired Peter Pan, or The Boy Who Wouldn’t Grow Up – one of the most beloved stories of all time. Starring Tony Yazbeck (On the Town), Kelsey Grammer (“Frasier,” La Cage aux Folles) and Laura Michelle Kelly (Mary Poppins), the production is directed by Tony Award®-winner Diane Paulus (Pippin, Hair) with book by Olivier Award®-nominee James Graham, music and lyrics by multi-award winning singer songwriter Gary Barlow (“Take That”) and Grammy Award®-winner Eliot Kennedy, choreography by Emmy Award®-winner Mia Michaels (“So You Think You Can Dance,” Cirque du Soleil’s Delirium ), and produced by Harvey Weinstein, this new musical, packed with mesmerizing visuals, irresistible songs and plenty of laughs, is a timeless story about the power of imagination…and spectacular proof that you never really have to grow up.  For more information, please visit www.FindingNeverlandTheMusical.com.
Related ItemsBryan CranstonChristina AguileraDisneyFinding NeverlandFinding Neverland The AlbumHarvey WeinsteinJennifer LopezJohn LegendJon Bon JoviMaksim ChmerkovskiyMatthew MorrisonNewNick JonasPentatonixRita OraTimes Square ChroniclesZendaya
Broadway