Build Your Confidence Through Public Speaking 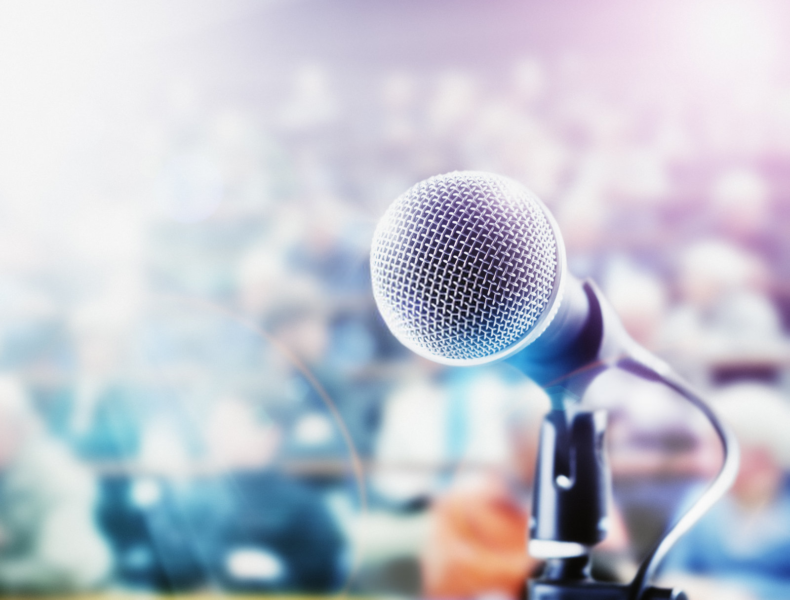 Build Your Confidence Through Public Speaking

If you have ever been asked to get up on stage and talk to a group of peers or strangers, then you know how scary this can feel. Yet when you ask anyone who does it professional, you will quickly see that they all started with the same self doubt.

Almost everyone has had a fear of public speaking at some point or another. It’s one of the biggest and most common fears in the world. However, with experience and practice, anyone can improve and reduce the fear of speaking in public and develop a great deal of self-confidence.

How To Handle Your Speaking Anxiety

“One of the biggest mistakes I see people make when delivering a keynote speech is that they try way too hard to gain the acceptance of the audience” says Alex Miller, editor at Keynote Speakers. “What people are looking for is authenticity and someone who feels comfortable being themselves. When they pick up on this, then they will trust you.”

Here are some simple tips you can use to deal with your anxiety:

Be Prepared Or Fake It

Don’t begin your speech by explaining or apologizing. In other words, it’s not a good idea for speakers to mention how they’re not prepared or they’re not good at speaking.

According to John Rogan at Motivational Speaker, “The audience has no idea what you are going to say and what they can expect. Therefore, you can say anything you want so long as it is cohesive and makes sense. If you slip up, just keep going and don’t worry about the part you did not deliver. The audience has no idea.”

Take time to mingle with the audience before the speech. It will give both the speaker and the audience time to get know each other and feel more comfortable.

Practice the speech ahead of time by looking in the mirror using natural movements. Tape-record or videotape the speech to listen and/or watch the presentation. This is an easy way to prepare and make corrections, which will help in overcoming anxiety. Then try the speech out on friends and family so that they can give feedback and tips on public speaking.

The most important aspect of preparing a speech is to practice and know the subject. The more prepared the speech looks and sounds, the more successful it becomes. This is why its important that you spend more time on becoming an expert on your topic: so you can talk about it in a way that feels natural and authentic.