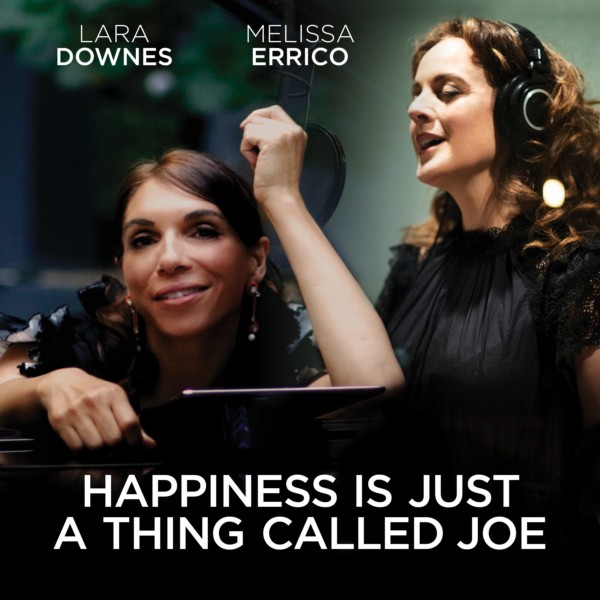 Tony Award-nominee Melissa Errico and Billboard Chart-topping pianist Lara Downes have come together to collaborate on a new recording of the Harold Arlen/Yip Harburg classic: “Happiness Is Just A Thing Called Joe.” Released today, the new recording and accompanying music video, filmed remotely in both California and New York, marks the first collaboration between one of America’s most beloved singer/actors in Errico and one of its most admired and protean pianists in Downes. Coming together from their two coasts to celebrate the New Year — and with a small significant smile towards another Joe and January 20 — the two women artists are proud to salute the unique mix of charm and liberal consciousness that mark all of E. Y. Harburg’s lyrics, matched with the melodic flow of Harold Arlen’s music. It is now available on for digital download and streaming on all platforms via this link: https://levelmusic.lnk.to/HappinessIsJust

Written for the great Ethel Waters in the 1943 musical Cabin In The Sky–one of the few films of its time featuring African American performers to seek and win approval for its script from the era’s civil rights leadership.

The benediction is typical of Yip Harburg, the great liberal voice of the American musical theater, who engaged in a life-long fight for social progress that made him create the pioneering egalitarian musical Finian’s Rainbow–and ultimately led to his blacklisting in the McCarthy period. Errico, Downes, Arlen, Harburg…they represent the great American tradition of making joyful music.