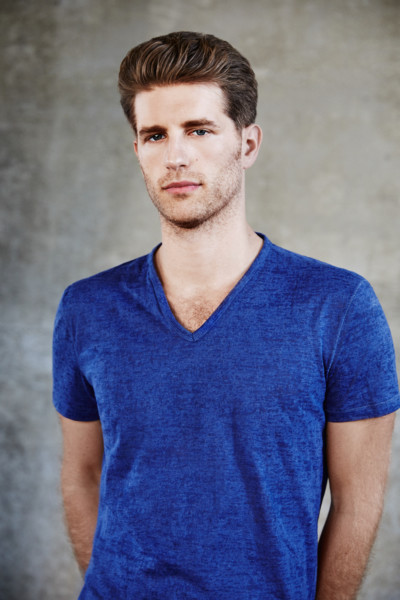 Jonah Platt Has Signed On To Play Country Songwriter Hall of Famer, Dean Dillon, in Tennessee Whiskey The Musical: The Story of Dean Dillon

Jonah Platt Has Signed On To Play Country Songwriter Hall of Famer, Dean Dillon, in Tennessee Whiskey The Musical: The Story of Dean Dillon 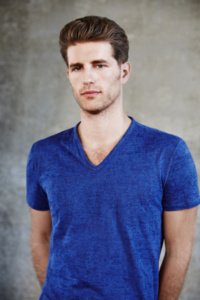 Written by Dewey Moss, Tennessee Whiskey The Musical  tells the story of Dean Dillon, Country Songwriter Hall of Fame inductee, BMI Icon award recipient, and the writer of some of country music’s most popular songs by singers such as George Strait, Toby Keith, Kenny Chesney, Chris Stapleton, Pam Tillis, Barbara Mandrell, Johnny Rodriguez, Gary Stewart, and many more. His music defined a generation, but it did not come without a price — personal struggles with alcoholism and drugs almost ended his life. Ultimately about redemption and success, Tennessee Whiskey is an emotional story told in a way that only country music can.

Tennessee Whiskey features number 1 hit songs such as “The Chair,” “Unwound,” “Marina Del Rey,” “Ocean Front Property,” “She Calls It Love,” “How Long Does It Take,” “I’m Lying In Love With You,” “I’m Into the Bottle,” “We Got ‘Em Smokin’ in the Rockies,” “Easy Come, Easy Go,” “The Road Less Traveled,” “Here for a Good Time,” “Tennessee Whiskey” and many more.

“We are thrilled to have Jonah sign on to the lead role of Dean Dillon for this production. From the very beginning we hoped that we would get someone who’s musicality matched their dynamic stage presence, but who also had the strong acting ability required to capture the soul of a complicated man and living legend. Jonah has it all and more. We could not be more fortunate to have Jonah step into these large boots!”  Dewey Moss – Writer/Producer, DMoss Productions

“I’m so excited with this opportunity to bring the legendary Dean Dillon’s life to the stage. His songs (which you definitely know, even if you didn’t realize he wrote them!) are so full of heart, intelligence and depth. And his story of struggle and success will definitely resonate with audiences around the world. I’m eager and honored to take on the challenge of doing justice to his story and his incredible songs.” Jonah Platt

Jonah Platt is a Los Angeles-based actor, writer, musician, composer, arranger, director, and producer.  As an actor, Jonah is most well-known for his star turn as “Fiyero” in the Broadway blockbuster Wicked, as well as his breakout roles as “Jason” in the Los Angeles revival of Bare and “Woof” in the critically acclaimed production of Hair at the Hollywood Bowl. Most recently, he originated the role of “Marty” in the world premiere musical A Walk on the Moon at San Francisco’s American Conservatory Theater.  On television, Jonah has notably appeared on the season 9 finale of Curb Your Enthusiasm, the 100th episode of NBC’s Parenthood, the series finale of The Office, the Emmy-nominated special event Jesus Christ Superstar: Live in Concert, and most recently, the Lifetime movie I’ll Be Watching, co-starring Janell Parrish. He also voices the lovable “Milton Moss” on the Netflix animated series, Trolls: The Beat Goes On.

As a writer, Jonah has worked on the staffs of a number of television comedies, such as “Family Guy,” “Parks and Recreation”, “Running Wilde” and “Mr. Robinson”. He is currently a co-writer/music supervisor/executive producer of “ZOMBO”, an in-development undead musical TV adventure.

As a singer and instrumentalist, Jonah has performed his signature brand of original music, medleys, and unique covers at venues across the US.  Jonah is also an award-winning vocal arranger and producer, most notably for UPenn’s acclaimed a cappella group, Off The Beat.  As a composer/lyricist, his original music has been performed on stages throughout Hollywood. He is currently co-writing a stage musical adaptation of Lois Lowry’s international bestseller, The Giver.

As a producer and director, Jonah has been fortunate to work on a wide array of projects. He was lead producer and director of One Night Stand: An Improvised Musical, which performed to adoring crowds all over the globe, including Total Sell Out runs at the Edinburgh Fringe Festival and a Special Event performance at the New York Musical Theater Festival. Most recently, he directed the thrice-extended run of Dog Sees God: Confessions of a Teenage Blockhead, for which he received a 2017 BroadwayWorld nomination.

DMoss Productions and Wildcatters Network will bring Tennessee Whiskey The Musical: The Story of Dean Dillon to the stage in the new jukebox musical. Dates, additional casting and theatre TBA. For more information and updates please visit www.TennesseeWhiskeytheMusical.com.

Dewey Moss (Book Writer) is an award-winning director, writer, and actor whose performance career has spanned Broadway shows, concert appearances, film/TV work, and opera. As a writer and director, his debut feature film A Normal Life won critical acclaim in film festivals worldwide and is currently in distribution. His screenplay All the Way from Arp, Texas is currently in pre-production. His play, Death of the Persian Prince, about Iranian gay men forced to have sex changes to avoid execution, made its world premiere at the 2015 Midtown International Theater Festival. The play subsequently ran at the South Asian International Theater Festival where it won Best Play, and then a run at the historical Duo Theater. The Crusade of Connor Stephens played at the 2016 Midtown International Theater Festival where it won 7 awards including Best Play, and then moved to a successful commercial Off-Broadway run at Jerry Orbach Theater. The play has been optioned by Diceman House cinemas, and production of the film is scheduled to begin in 2019 with Dewey Moss serving as Executive Producer. Other projects in development include For Such a Time as This (a new dance musical based on the story of Esther), The Southern Baptist Biddy Band (and their dirty little secret), and Tennessee Whiskey the Musical. As a Creative Director for several major advertising firms, Dewey has written and produced/directed hundreds of commercials, industrials, and webisodes, many of which have been Telly Award-winning. Dewey is a graduate of the Commercial Theater Institute. Originally from Fort Worth, Texas, he is the author of the acting handbook Learning the Art of Imperfection.

Wildcatters Network , headquartered in Texas, is not only an online magazine with a focus on the business and lifestyle of a Wildcatter, it is also a group of like-minded investors that participate in unique and exciting investment opportunities. Wildcatters Network has active investments in virtual reality, medical research, software development, and the entertainment industry.

Dean Dillon (Composer) started playing guitar at the age of seven and at 15 he appeared on a variety show called “JIM CLAYTON’S STARTIME” as a songwriter and performer; by the end of high school, Dean Dillon had his mind set on Nashville.

Although it was writing songs for others where Dillon’s future lay, the young singer was hell bent on making it as a recording artist. Between 1979 and 1981 Dillon released 12 singles for RCA Records. Three of the songs reached the Top 30 on the country charts, including “Nobody in His Right Mind Would’ve Left Her,” which climbed all the way to number 25 (and later became a number 1 hit for George Strait). As an artist, Dillon charted eight times and broke the Top 30 with “I’m into the Bottle (To Get You out of My Mind).” He also wrote hits for other country stars like the 1983 George Jones number 1 hit “Tennessee Whiskey”. After “Those were the Days”, Dillon took a five-year hiatus from recording, cleaned up his personal life and concentrated on songwriting. He wrote or co-wrote a number of hits during this period and had considerable success with George Strait, who took five of his songs to the charts between 1981 & 1988. The exposure landed Dillon a new contract with CAPITOL RECORDS, who released two Ricky Scruggs produced albums, Slick Nickel and I’ve Learned to Live. The later featured a Tanya Tucker duet “Don’t You Even Think About Leaving.” Dillon next signed with ATLANTIC, where he issued his most successful album. It was 1991’s Out of Your Mind which referenced the hard country of Dillon’s heroes, but it also flirted with pop. The LP was lauded as a throwback, an answer to Nashville’s penchant for vapidity.

In 2002, he was inducted into the Nashville Songwriters Hall of Fame (along with Bob Dylan and Shel Silverstein). Early the following year Dillon signed a songwriting contract with Sony/A TV Tree, which came after his fifteen-year relationship with Rose Acuff, a publishing company Sony acquired in July 2002.

Dillon has composed or co-written 63 songs for Strait, including 19 singles, 11 which went to number one. His other accolades include 1985 Billboard Country Mus