Kennedy Center Kicks Off Its Sunday Shoes with Footloose 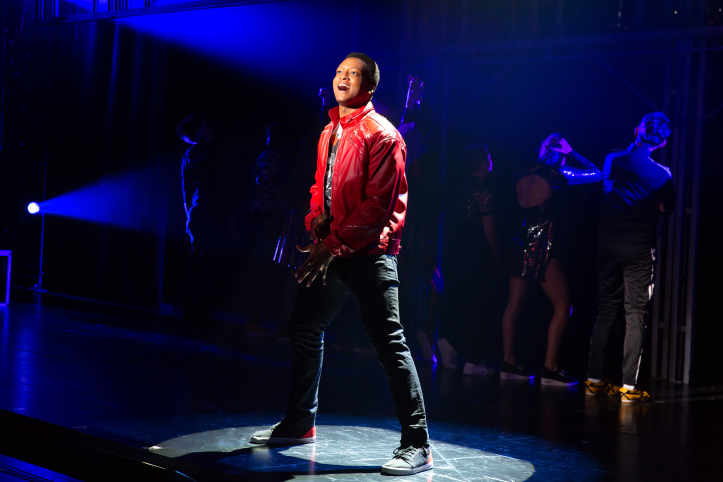 Kennedy Center Kicks Off Its Sunday Shoes with Footloose

The Kennedy Center for the Performing Arts is kicking off its Sunday shoes, and “please, Louise“, they have found an Encores!-like recipe that is “Almost Paradise“, thanks to some electric chemistry and energetic hoofin’ in Footloose, the musical. Based on the 1984 film of the same name, the rebellious film-to-stage musical rocks its way onto the Eisenhower Theater stage finds a city teenager, Ren McCormack, played here by the smooth and talented J. Quinton Johnson (Broadway’s Choir Boy), moving to a small town when his father abandons ship on him and his mother, played by the ‘better than the part deserves’ Judy Kuhn (Broadway’s Fun Home). Financially forced to leave Chicago, they try to find a new home with some not so welcoming relatives, Lulu and Wes Warnicker, played by the wonderful Rema Webb (Broadway’s Escape to Margaritaville) and solid Michael X. Martin (Broadway’s Bright Star). It’s not the greatest fit, as the town is weighed down with grief based on a tragedy a few years ago. The result, thanks to Reverend Shaw Moore, well played by Michael Park (Broadway’s Dear Evan Hansen), is a restrictive law where rock music and dancing have been banned. Supported by the town elders like Coach Roger Dunbar, played by the talented Michael Mulheren (Public’s Miss You Like Hell), the town doesn’t exactly welcome the big city young man, not just because he “Can’t Stand Still“, but his paralleled anger with his deserted father fuels a rebellious nature within and his dancing feet just can’t abide by the musical repression.

“Lose your blues“, as it would all be miserable, caged in the small minded religiousness of the town, if it were not for the super sexy and dynamic Ariel, played to ‘short shorts’ perfection by the lively Isabelle McCalla (Broadway’s The Prom), who also just happens to be the daughter of a the town’s spiritual leader, Reverend Moore who designed the restrictive laws. Luckily for this young rebellious girl, who is naturally dating the town bad boy, Chuck, played by the impressive Joshua Logan Alexander (Fiddler on the Roof National Tour), she has the fantastically subtle and warm Rebecca Luker (Broadway’s The Secret Garden) playing her mother. It balances out the dynamic, even as the women most harmoniously sing their defining (and disturbing) song, “Learning to Be Silent“, but it clears the way for ultimate salvation and sets our hearts at ease that sanity does exist somewhere in this town. It’s sorta crazy, though, that the defining song for young Ariel is the dated and demeaning “The Girl Gets Around“, a song  that is a much better hidden in the background during the heart-stopping car racing scene in the film, then here sung out in all its inappropriate glory by a bunch of teenage boys. I’d also scream like Liza Minelli in Cabaret, if I ever had to live in a town like that, or hear such a song sung about me like that. I mean, come on, what year is this?? Oh wait, it’s the 80’s, but does that make it ok??

“Shake it, shake it for me“, Ariel, alongside her happy and connected cohorts sporting some fancy wrist lights dealing with the small town eyes on their every move. The gorgeously rambunctious Rusty, beautifully embodied by the exciting Nicole Vanessa Ortiz (Off-Broadway’s Smokey Joe’s Cafe), and the awkwardly amazing back-up duo made up of Urleen (Grace Slear) and Wendy Jo (Lena Owens), are all “Holding Out for a Hero”  and we can understand that after seeing what those boys in their high school sing about (Yes, I’ll let that go now…). We are also fully aware where that “Dancing is Not a Crime” hero lives and breaths, singing and dancing, and it’s not Kevin Bacon this time, although I’m sure he’s only six degrees away. This time around, the two that are driving this vehicle to that ridiculous town hall meeting are McCalla’s Ariel and Johnson’s Ren, who have some decidingly good chemistry and its only a matter of time before bad boy Chuck is discarded, replaced rightly so by the “Still Rockin‘” Ren.

“C’mon, c’mon let go“. Adapted to the stage by Dean Pitchford (“Fame“), who is also credited with the book and new lyrics set to original music by Tom Snow (“Don’t Know Much“), and co-authored with this production’s director, Walter Bobbie (Broadway’s Venus in Fur), the musical slips in just enough of the original foot-tapping songs by 80’s legends; Eric Carmen, Sammy Hagar, Kenny Loggins, and Jim Steinman. And thanks to the music direction of Sonny Paladino (Broadway’s Gettin’ The Band Back Together) who keeps this dance jumping and humming along, to the wild steps and kicks of the choreographer Spencer Liff (Broadway’s Head Over Heels) giving it his best.  It’s no great masterpiece, this movie-to-stage transfer, with many of the songs feeling like they are trying too hard to rise to the occasion in terms of intricacy and dynamic, but rarely finding the heart and the soul. They lack the catchiness of the pop songs from the movie, never being completely or remotely horrible, but not exactly inspiring nor memorable either. But the staging, thanks to some clear and concise work by scenic and projection designer Paul Tate dePoo III (Kennedy Center’s Tommy), costume designer David C. Woolard (Broadway’s Lysistrata Jones), lighting designer Cory Pattak (Kennedy Center’s Little Shop of Horrors), and sound designer Jon Weston (Broadway’s She Loves Me), finds its sure footedness and fun along the way, keeping the festive piece of nostalgia moving along, never giving us any opportunity to see the thinness of the plot or the silliness of the step.

“Oowhee, Marie“, the shining star of the night is a newbie to the stage, living captivatingly under a cowboy hat always looking for a fight. He’s the wonderfully created, rhythmically-challenged Willard Hewitt, and he is most adorably played to the stars by the talented and handsome Peter McPoland, making his stage debut after winning the Tri-C High School Rock Off that lead him and his band, The Haps, onto the Rock & Roll Hall of Fame stage for the 25th Anniversary Vans Warped Tour. Even when goaded forward onto the dance floor by the guitar strumming Cowboy Bob (Maximillian Sangerman) to join in with the others for one weird rabbit-tail dance, all one can say about McPoland is “Let’s Hear It for the Boy“. He charms and kicks up his boots to a beat all of his own making and as his “Mama Says (You Can’t Back Down)“, for he is a standout. Backed up by the talented Nick Martinez as Bickle, Gregory Liles as Garvin, and Jamar Williams as Jeter, the boys make that song one of the more joyous, and we are glad for the “one more time” refrain.

So Roger, sit down and shut up (Thank you Luker for that), and let’s enjoy this light, but fun romp through rebellion and revolt. “Dig way down in your heart, You’re yearning, burning” for some Footloose. It’s not as thoroughly pleasurable as the movie (albeit not as entirely as dated), but when well done and joyously danced, this musical is Footloose and fancy free. 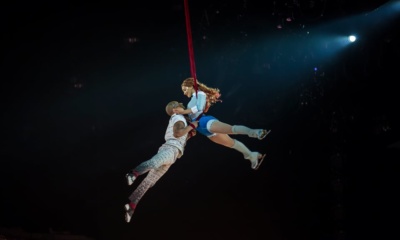 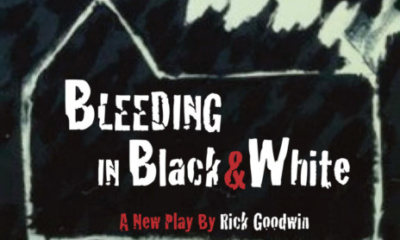 Claudia PerryJuly 20, 2022
Read More
Scroll for more
Tap
An Enchanted April Comes Off Broadway Via Utah Lyric Opera
The Decline and Fall of the Entire World as Seen Through the Eyes of Cole Porter Is Delightful, Delicious and Delivery