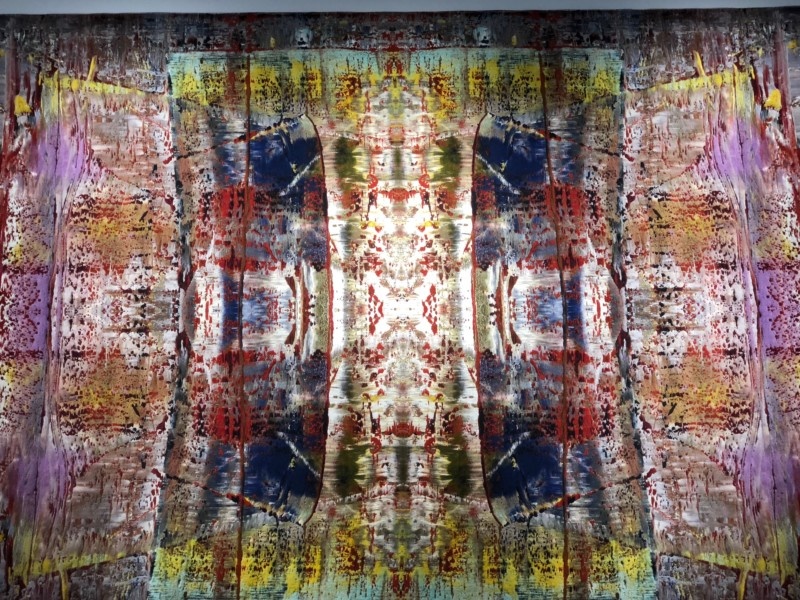 Opening April 5, 2019, on Manhattan’s west side where the High Line meets Hudson Yards, The Shed is a nonprofit cultural organization that commissions original works of art, across all disciplines, for all audiences. From hip hop to classical music, painting and sculpture to literature, film to theater and dance, The Shed brings together leading and emerging artists and thinkers from all disciplines under one roof. The Shed’s Bloomberg Building—a remarkable movable structure designed by Diller Scofidio + Renfro, Lead Architect, and Rockwell Group, Collaborating Architect—physically transforms to support artists’ most ambitious ideas. Committed to nurturing artistic invention and bringing creative experiences to the broadest possible audiences, The Shed, led by Artistic Director and CEO Alex Poots, is a 21st-century space of and for New York City.

First up is Soundtrack of America, April 5–14, The McCourt
Conceived and directed by Turner Prize-winning artist and Oscar-winning filmmaker Steve McQueen and developed with music visionaries and academic experts including Quincy Jones, Maureen Mahon, Dion ‘No I.D.’ Wilson, Tunji Balogun, and Greg Phillinganes, Soundtrack of America is a five-night concert series celebrating the unrivaled impact of African American music on contemporary culture with performances by today’s most exciting emerging musicians.

A free live stream of the April 5 concert will be available on The Shed’s website, TheShed.org, and its social media channels. Major support for Soundtrack of America is provided by the Ford Foundation.

Norma Jeane Baker of Troy, April 6–May 19,
The Griffin Theater
In 1964, an office manager has hired one of his stenographers to type out his translation of Euripides’s Helen but his obsession with the recently dead Marilyn Monroe kidnaps the translation. Ben Whishaw and Renée Fleming star in this spoken and sung performance piece by poet, essayist, and scholar Anne Carson, directed by Katie Mitchell with music composed by Paul Clark.
(Preview performances April 6 and 7; opens April 9).

IN FRONT OF ITSELF, ongoing, The Plaza
A large-scale, site-specific work by artist Lawrence Weiner is embedded in The Shed’s plaza, serving as a walkable outdoor area when the movable shell is nested over the fixed building, or as the base of The McCourt when the shell is extended to the east. The 20,000-square-foot work is titled IN FRONT OF ITSELF and features the phrase in 12-foot-high letters fabricated with custom paving stones.

Cedric’s at The Shed
Opening to the public in mid-April, Cedric’s at The Shed is a new bar from Danny Meyer’s Union Square Hospitality Group. Located in the street-level Lobby at the West 30th Street entrance, Cedric’s serves a menu of daytime and evening fare including cocktails, craft beer, wine, and coffee, accompanied by shareable bites, sandwiches, and salads. Open Tuesday through Sunday from 11 am to midnight, Cedric’s draws on the creativity and inventive spirit of The Shed, offering a welcoming and casual experience for locals and visitors alike.

How Are We Coping With Self Isolation: Insight From Around the Country And The World With W Bradley Elsberry

The Connection Between Art & Public Health

Calling All Artists The Shed Is Having an Open Call

Artists Find New Voices In The Void of a Pandemic

Interesting Stuff you can Enjoy Indoors While Visiting New York