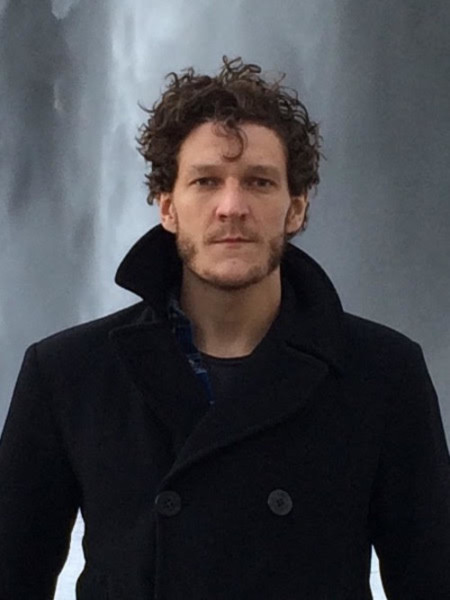 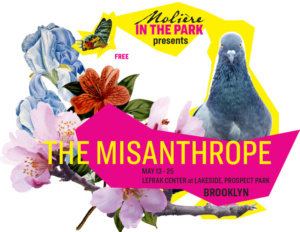 The Misanthrope runs May 13 – 25, 2022 in a limited engagement at Prospect Park’s LeFrak Center in Brooklyn. Enter at 171 East Drive between Ocean Avenue and Lincoln Road. Previews begin May 13 for a May 15 opening.

Alceste is full of rightful disdain for the hypocrisy and social norms of his contemporaries. Ironically, he is madly in love with the queen of social butterflies, Célimène, a radiant seductress who deftly navigates the incessant chatter of her friend network in her endless quest for independence. When Alceste suddenly decides that Célimène must choose between him and her frivolous world, well, in true Moliere comedic style, the clash and its aftermaths are like nothing he could have predicted.

Lucie Tiberghien says, “What is The Misanthrope? Is it a play about a commendable, honest man, Alceste, who heroically sacrifices everything to denounce the lies of his peers and loved ones? Or is it about a reprehensible extremist, a madman, who would rather destroy everything in his path, including the woman he loves, rather than compromise even just a little?

Molière never tells us where he stands, and therein lies the beauty and humor of this rich and opaque portrait of eight aristocrats in 1666. Except that in our production, 400 years after Molière was born, the time is now. And inevitably, these characters’ personal relationship to the truth, power, religion, the law, and ultimately love, will be scrutinized through today’s lens. No matter what side of the great divide we are on, who are we as individuals, and how do we love in the face of such incomprehensible, unfathomable hypocrisy?”

Molière in the Park will host a benefit evening on May 15 with festive drinks and food at 6pm and a 7:30pm performance. A donation of $150 per ticket (which includes the pre show event and the show) will support Molière in the Park’s mission of offering free theater in Prospect Park, annually. MIP is a 501c3 nonprofit organization.

Founded by Lucie Tiberghien and co-founded by Garth Belcon, Molière in the Park is the first and only non-profit in Brooklyn solely dedicated to bringing free and inclusive theater of the highest quality to the people of the borough annually, at The LeFrak Center at Lakeside, Prospect Park. They are driven by the conviction that neighborhoods with easy, regular and affordable access to theater are breeding grounds for thriving individuals, families and communities. They believe theater promotes health and hope. It encourages communal reflection and fosters empathy as a core value. It is one of the cornerstones of a well- functioning society. From their inception, they have been committed to inclusive casting and multicultural artistic collaborations. Their work aims to reflect and represent Brooklyn’s diverse population. For info visit www.moliereinthepark.org, like MIP on Facebook at www.facebook.com/MoliereInThePark, follow on Twitter at www.twitter.com/MoliereBKPark and on Instagram at www.instagram.com/moliereinthepark.

A Brooklynite since 2001, Lucie Tiberghien was raised in France and Switzerland. Specializing in new work, Lucie spent 15 years developing and directing new plays in New York City and all over the country. Bringing free theater and the works of Molière to Brooklyn was a longtime dream which she is thrilled has become a reality. In 2021, she was awarded the prestigious designation of chevalier de l’ordre des Arts et des Lettres, by the French Government.

An Independent feature film writer and Producer, Theater Producer and Production Manager, Garth Belcon (Molière in the Park’s co-founding Executive Producer) was raised in the Bronx but has called Brooklyn home for more than 15 years. His films include Whiteboys and Jails, Hospitals & Hip-Hop.

Claudia PerryOctober 30, 2022
Read More
Scroll for more
Tap
Chicago Symphony Orchestra Gala features Elina Garanca
You Are There Inside the Opening of Penelope, or How the Odyssey Was Really Written