When Winthrop, (the adorable Benjamin Pajak) and the Wells Fargo Wagon are the best things in The Music Man, something is wrong, but don’t worry because the audience is forgiving and doesn’t care. Hugh Jackman and Sutton Foster are terribly miscast, but the public loves them and has filled the Winter Garden Theatre to capacity. The audience is on their feet the moment the two hour and forth-five minute musical is over. My guest who has never seen The Music Man loved it. Me, not so much. 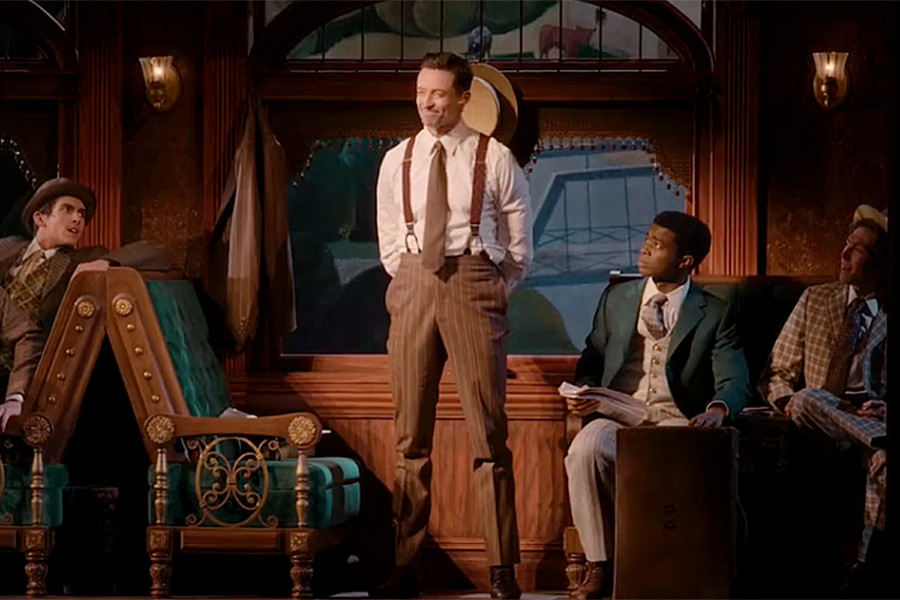 From the moment the show started I noticed the muffling of the orchestra, which I blame on the sound design by Scott Lehrer. The orchestrations by Jonathan Tunick; vocal and dance arrangements by David Chase are just not up to par. They have slowed the show down musically and because of that the show feels flat. This is The Music Man and the music should be spectacular and it is not.

Hugh Jackman, has style and charisma, but no syncopation therefore the show relies heavily on dance. However if you watch Mr. Jackman closely he is off by just a hair.

Then there is Sutton Foster, who tries her hardest. The lowering of all of Marion’s songs to fit Ms. Foster’s voice makes the songs and the character change. No longer do we get a glorious soprano, who longs for more than this town can offer.

If you know this show, they have changed the lyrics and a bit of the script to be “politically correct,” especially the new lyrics to “Shipoopi” and it does not work.

Then there is the choreography by Warren Carlyle, that while inventive, again does not soar. It seems lately instead of the free flowing balletic influences, we have the grittier low to the ground versions. The best way I know how to describe what this show lacks musically and in dance is to show the Broadway version and the 1962 film version of “Shipoopi” side by side. If you’ll notice by the end of the film version you are wow’d.

What saves this show are several things: first the Tony Award winning supporting cast starting with Marie Mullen as Marian’s mother who longs for her daughter to find that someone….anyone. Then there is the Shinn’s Jefferson Mays and Jayne Houdyshell who embody the characters to the tee. Last but not least is Shuler Hensley as Marcellus, Jackman’s side kick who breathes life into “The Sadder-But-Wiser Girl.”

Other stand-outs are Remy Auberjonois as the salesman Charlie Cowell, who has a chip on his shoulder. Gino Cosculluela as Tommy Djilas, who flips his way into our hearts and JT Church who dances up a storm. Those 21 debuts can definitely dance and bring joy.

The sets and the costumes by Santo Loquasto were not as bad as I had heard on the street, as a matter of fact I thought they worked, but kept things on one level.

Director Jerry Zaks brings heart, but the show lacks it’s main theme of redemption, because Jackman fails to bring the con  in con man and I am surprised no-one saw this. 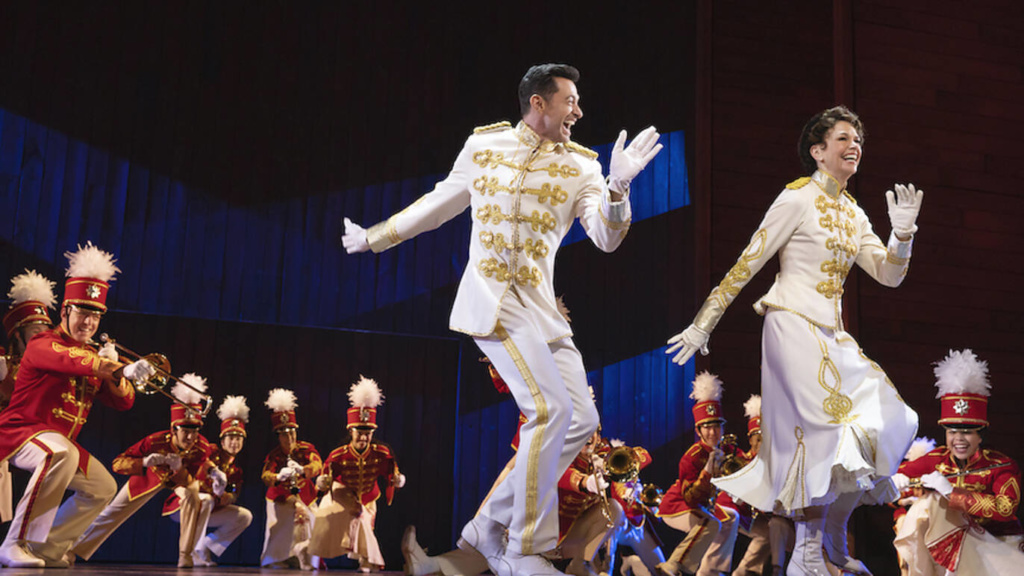 Again most of the audience will not care as they want to see Hugh Jackman and Sutton Foster and for them that is enough. Jackman and Foster have chemistry, so in the end the love story is touching and the audiences who wants a happy endings, especially now are satisfied. In the end The Music Man gives us an Americana that is gone and though this show we get a piece of that back, so you leave the show feeling hopeful ready to face the streets of New York.