A Look Back at the US Open 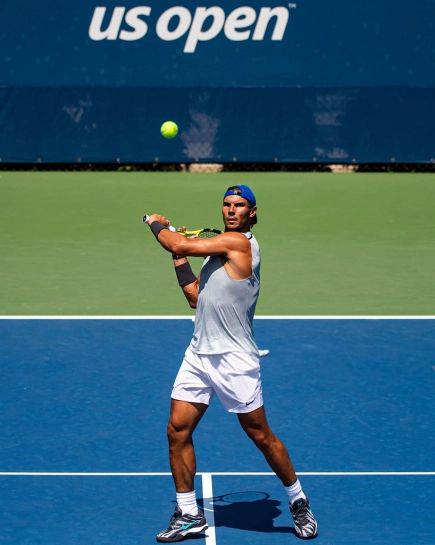 A Look Back at the US Open

The US Open is over. That means it is time to tick off one of September’s top things to do, which was watch tennis’s finest compete at the Arthur Ashe Stadium. For two weeks the world’s best players took center stage, and they delivered. With that being said here is a by-the-numbers look back at the 2019 US Open.

19: This is the number of Grand Slams Rafael Nadal has won. This puts him just 1 behind Roger Federer, whose 20 Grand Slams is still a record. The Swiss Maestro has been considered the sport’s GOAT for years, but Nadal is looming. He was vintage Nadal in this US Open — intense, forceful, and unrelenting. He was tested by a resurgent Daniil Medvedev in the final, but still came away with a thrilling 7-5, 6-3, 5-7, 4-6, 6-4 victory. Fellow great Jimmy Connors best summed up Nadal’s performance, noting how the Spaniard, even at this stage, always “plays like he’s broke.” If he keeps playing this way, number 20 will soon follow and Federer may lose his Grand Slam record.

23: While Nadal’s Grand Slam total keeps moving up, Serena Williams’s continues to be stuck at 23. A preview of the Women’s Final by bwin Tennis explained how Williams went into the match having already lost three straight Grand Slam finals. She was the clear favorite to win this time. However, the American, was felled by a poor start, as Canada’s Bianca Andreescu won the first set, 6-3. She stormed to a 5-1 lead in the second set, before Williams fought back gamely. Vox’s recap of the US Open hailed Williams’s comeback, even if it ultimately fell short. For now, her Grand Slam count stays at 23. But judging by the way she clawed back from adversity, that number could still change next year.

3: No less than 3 high seeds — 2nd ranked Ashleigh Barty, 3rd ranked Karolina Plíšková, and 6th ranked Simona Halep — got the early boot in the women’s draw. Barty and Plíšková lost in the 4th round to Wang Qiang and Johanna Konta, respectively. Halep, meanwhile, lost in the 2nd round to Taylor Townsend. These early crashes are proof of the parity in tennis’ women’s side, and it’s a good thing. The women’s side has become compelling TV, as nearly everyone looks capable of winning any given match.

1: The men’s draw saw 1 high-profile mid-match retirement. Unfortunately it was Novak Djokovic. The Serbian sensation worked hard to overcome his injury woes, but ultimately had to retire from his match against Stan Wawrinka. It was a shame though, not to mention that he was also booed by the crowd. Djokovic is an all-time great like Nadal and Federer, and is one the sport’s toughest competitors. He deserved better, and he will definitely be back to his best soon.

0: This is the exact number of Big 3 heirs to the throne that made it to the men’s quarterfinals. Stefanos Tsitsipas, Karen Khachanov, and Dominic Thiem all bowed out in round 1. Ken Nishikori and Alexander Zverev, on the other hand, lost in rounds 3 and 4, respectively. Yes, Nadal, Federer, and Djokovic have set the bar high, but Tsitsipas and company need to step up their game soon. This is especially crucial given the parity in the women’s game.

Once more the US Open lived up to expectations. There were storylines and subplots, from chasing history (Williams) to finally breaking through (Andreescu). There were upsets and retirements, but no changing of the guard — at least on the men’s side. The tournament was exciting and compelling, and it ushered in September in a big way. Here’s to next year’s tournament.

WriterJune 15, 2020
Read More
Scroll for more
Tap
What are the Latest Online Sportsbooks in New Jersey?
Top 5 Benefits of Having a Fitness Trainer