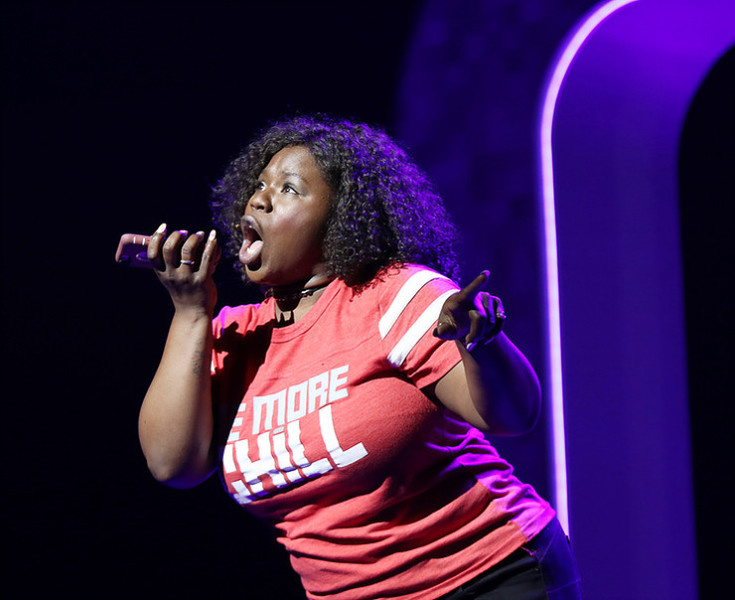 Picture this; a Broadway theater packed with young people, New York City students from grades elementary through high school. Not your typical Broadway demographic. But then again we are at The Lyceum and this presentation of, “Creating the Magic” does feature the mega hit musical Be More Chill, which has been wildly successful among a much younger Broadway audience. The original cast album went viral after the show had closed a limited run in NJ and the 100,000 daily Spotify streams helped propel the show to an off Broadway production and then on to Broadway. To date the albums has over 70 Million streams. The young crowd in attendance today is even more special then most though as these students are all invited guests being treated to a view to the entire spectrum of theater operations and along with that a view to potential careers in the Theater Capital of the world.

The presentation entitled “Creating the Magic”, presented by Michael Presser and the The Board of Directors of Inside Broadway and featuring Be More Chill was masterfully moderated by Michael Presser himself. Mr. Presser called out all members of the team responsible for the production, from electricians to musicians, one group at a time, to explain their role in the overall production. Songs from the musical were interwoven with the hands on explanations which really seemed to grab the students attention.

Event producers, Inside Broadway, receive funding from the New York City Council, NYC Department of Cultural Affairs & the NYC Department of Education. Producers would like to thank, The Lyceum Theatre Front of House Staff, Local 802 AFM, Actors’ Equity Association, Local One IATSE, and The Shubert Organization.

After speaking with teachers and students from three different schools the reviews for today’s Creating the Magic event are overwhelmingly thumbs up. The students loved the explanations as well as the entertainment. Some even stated that they may want to look into theater experiences in the future. As I was fortunate enough to cover this event from the seats alongside the general audience I was able to witness the wonder on the faces of those present. I must say Inside Broadway & Be More Chill Thumbs Up indeed – You have all done your good deed for the day. Don’t take my word for it. Look at the smiling faces of these students below from PS 83 in Manhattan, just a handful of the over two thousand lives you all touched and changed for the better today.