Getting to Know Rex Reed. 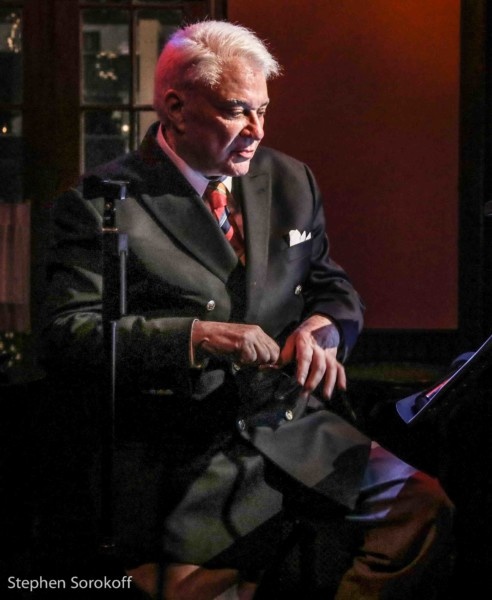 Getting to Know Rex Reed.

As an actor, Rex made his movie debut playing Myron in Myra Breckinridge, appeared in the films Superman and Inchon with Laurence Oliver.

Reed shares the distinction with Kitty Carlisle Hart of being the longest host-narrator of Lyrics and Lyricists, and he has written liner notes for Liza Minnelli, Lena Horne, Tony Bennett, Mel Torme, Eileen Farrell and Barbara Cook, as well as many others.

T2C: What made you want to do a cabaret act?

Rex Reed: I’ve always sung. In Baton Rouge, I even sang on a TV show. Music has always been a love of mine. Even when I was reviewing, reviewing singers was my favorite thing to do. I always sang at least one song at the 92nd Street Y, during the Lyrics and Lyrists programs. You have to have the best piano players and when I do that is a turn on. I come to life. In the show I tell stories about the singers who sang the songs, the writers and the songs themselves.

T2C: What will audiences be treated to at The Beach Café?

Rex Reed: Always a little Cole Porter, Rodgers and Hart. I am singing a Kay Thompson song that hasn’t been heard for 65 years called “Love on a Grey Hound Bus”.  Anthony Newly was the first person I ever interviewed. I am singing his son “There’s No Such Thing As Love.” There are a lot of standards as well in the show.

T2C: When did you know you made your mark?

Rex Reed: It was sorta over night. I was working for The New York Times. I was 22 and I was lucky to have great editors like Liz Smith who worked for Cosmopolitan.  Out of the blue, she hired me as the movie critic. I rose up the ranks. When my father, who was depressed after my mother died was stopped for speeding and had to go to court, the judge asked him if I was his son. When he said yes, he tore up the ticket and asked if he could get me to come to dinner.

T2C: What is the most interesting thing you learned about Hollywood?

Rex Reed: The real talent is only a handful and when they die they cant be replaced. Right now we have Spielberg and Tarentino, but they still can’t compare to John Houston.

Rex Reed: It changes constantly you can never be bored. You need therapy if you are. When I came here from Louisiana, I automatically thought this is Xanadu.

T2C: Of all the celebrities you met who was the most talented?

Rex Reed: Judy Garland. We had a couple of dates and I was thrilled to know her. Melina Mercouri is a great talent. I got to know her during lllya Darling. My best friend was Polly Bergan. We were panelist on To Tell the Truth.

Rex Reed: They were almost all kind, but Angela Lansbury is a class act. I met her in college along with Paul Newman and Joanne Woodward. Angela cooked for me.

T2C: The one you knew who was headed for a collision?

Rex Reed: Rudest and nastiest was Richard Harris. James Dean was the total opposite of people of his kind. Zsa Zsa Gabor’s husband George Sander’s told me he was so bored her was going to commit suicide and then did. Zsa Zsa told me I was the last one to see him alive.

T2C: The one you most wanted to be like?

Rex Reed: Easy Fred Astaire. He was the coolest and the classiest. So sophisticated!

T2C: What haven’t you done that you’d like to do?

Rex Reed: I would love to open a restaurant and serve Creole, Cajun. I am a good cook and I love to cook.

T2C: Who do you find as the most interesting person on 2020

Rex Reed: There are great talents, but not famous ones like Blythe Danner, but not fascinating. We are drowning in mediocre. Hugh Jackman is another great talent. I am really looking forward to him in The Music Man.

T2C: They say that the eyes are the windows of the soul I believe that songs are what songs describe who you are.

Rex Reed: Dick Cavett and I had the say conversation. His answer is I am a woman. Mine is not that clever. I want people to know that I am not a bad person. I am not John Simon, I don’t hate everything. That behind the clever wit, I am a nice person.