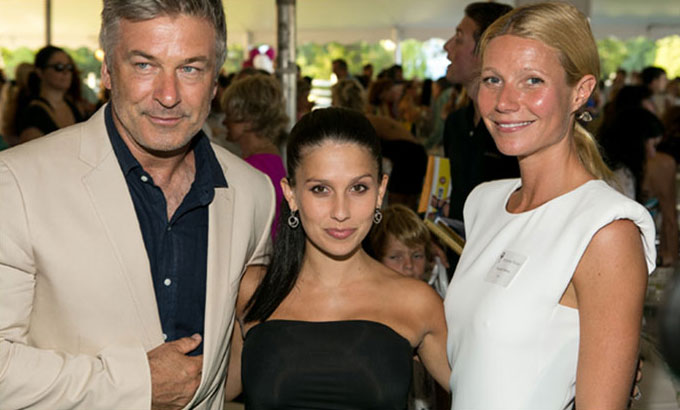 Friday, August 6th – 5 to 11 pm: Guild Hall Summer GALA 158 Main Street in East Hampton
Celebrate 90 years of artistic excellence. Robert Longo will present A History of the Present, a critical investigation into the span of American history bookended by Abstract Expressionism and the current moment in which we live. Taking over the entire Museum, through 17 monumental, highly labor-intensive charcoal drawings that act as mirrors into history.

Audrey Gruss founded HDRF in April 2006 in memory of her mother Hope, who struggled with clinical depression. Today, HDRF is the leading nonprofit organization focused solely on depression research. The World Health Organization has declared depression as the leading cause of disability worldwide, but despite its prevalence, depression is still misunderstood, underfunded and under-researched. The mission of the HDRF is to fund innovative neuroscience research into the origins, medical diagnosis, new treatments, and prevention of depression
and its related mood disorders – bipolar disorder, postpartum depression, post-traumatic stress disorder, anxiety disorder and suicide. To date, HDRF has provided more than $20 million through over 125 grants for accelerated breakthrough depression research that promises to lead to new and better medications and treatments.

Thursday, August 12th – 6:30 to 8:30 pm Amber Waves, 367 Main Street in Amagansett Amber Waves and the Children’s Museum of the East End invite you to join us as we Celebrate on the Farm. During this elegant, outdoor cocktail party, guests will savor light bites (made from ingredients harvested earlier that day!) and enjoy wine and beer from some of The Hamptons’ most popular vineyards and breweries. Individual tickets begin at $275.
Additional supporter levels are available. All money raised during the event benefits FEEDING FAMILIES, a collaborative initiative that enables Amber Waves to provide its fresh, locally grown produce to the Museum’s ongoing food pantry. Since its inception in the spring of 2020, CMEE’s food pantry has provided groceries to more than 10,000 members of the East End community.

Each one-hour event will be in the format of a conversation with the featured author and a noted interviewer, followed by a question-and-answer period.

Saturday, August 14th – 7 pm Bow Wow Meow Ball 7:00 PM: Special Entertainment + Parade of Animals
From the comfort of your own table, enjoy a special evening in celebration of the cats and dogs of ARF. This year, ARF. invites you to host your own Bow Wow Viewing Party, as grand or small as you desire. We’ll bring the entertainment to you!

Saturday, August 21st – 7 pm 13th Annual SummerDocs Series KICK-OFF Hosted by Series Presenter + HIFF Co-Chairman Alec Baldwin. LILY TOPPLES THE WORLD The John Drew Theater Dina Merrill Pavilion at Guild Hall
158 Main Street in East Hampton. LILY TOPPLES THE WORLD follows 20-year-old sensation Lily Hevesh – the world’s most acclaimed domino toppler and the only girl in her field – as she rises as an artist, role model, and young woman. Filmed for over 3 years across countless cities and featuring appearances by Jimmy Fallon, Katy Perry, Will Smith, YouTuber Casey Neistat, and a steady stream of Gen-Z creators, LILY TOPPLES THE WORLD is a coming-of-age story cloaked within a unique portrait of an artist, a story of how passion and artistry can make dreams come true, and an unlikely American tale of a quiet Chinese adoptee who transforms into a global artistic force with over 1 billion YouTube views. From director Jeremy Workman (The World Before Your Feet) and from executive producer Kelly Marie Tran (Star Wars: The Last Jedi), in her first film in a producing role.

Sunday, August 29th through September 5th 2021- 8 to 5 daily OPENING DAY of The 45th Annual Hampton Classic Horse Show, Snake Hollow Road in Bridgehampton. The Hampton Classic showcases the highest levels of equestrian show jumping competition at a world-class venue, offering approximately 200 classes throughout the week for horses and riders of all ages and abilities in six show rings. Opening Day is always exciting at the
Hampton Classic and this year’s changes will make it even more so when the show kicks off on Sunday, August 29th.