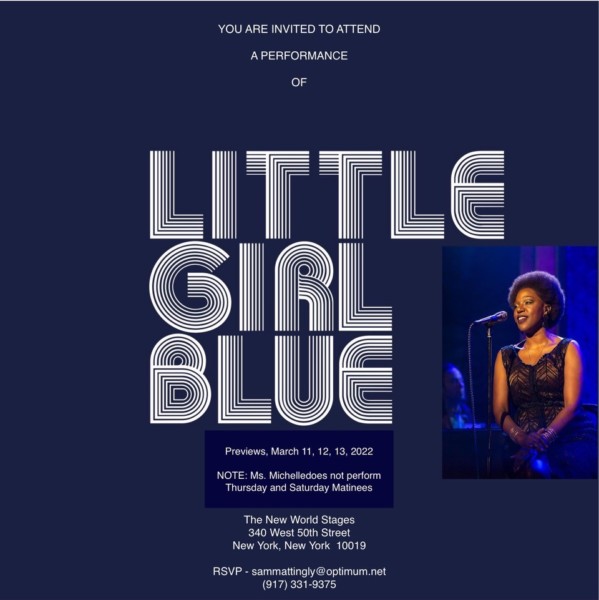 Nina Simone was a singer, songwriter, musician, arranger, and civil rights activist. Her music included classical, jazz, blues, folk, R&B, gospel and pop. She was known for performing and speaking at civil rights meetings, such as at the Selma to Montgomery marches. Malcolm X, was her neighbor, she supported black nationalism and advocated violent revolution rather than Martin Luther King Jr.’s non-violent approach. She hoped that African Americans could use armed combat to form a separate state, though she wrote in her autobiography that she and her family regarded all races as equal. 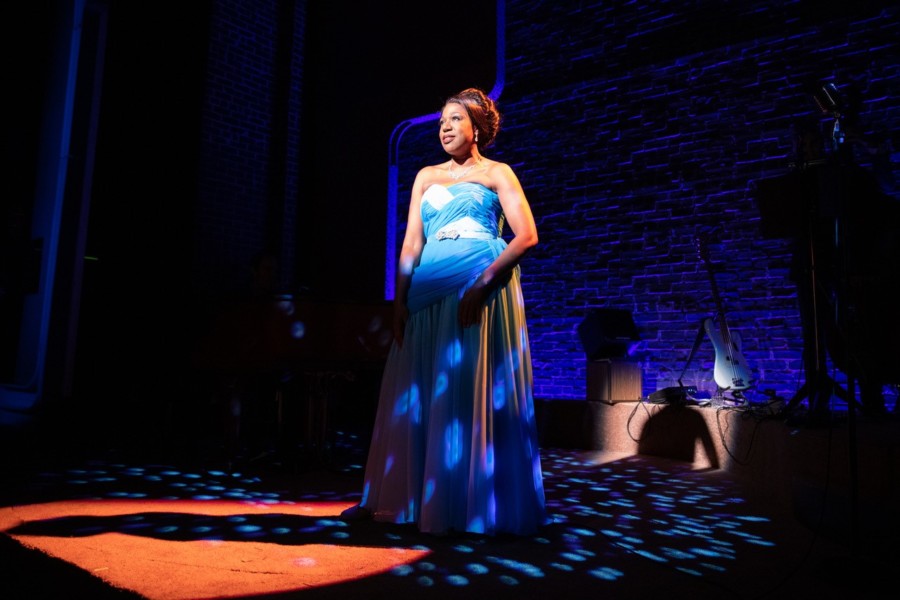 Little Girl Blue, a musical inspired by the life of Ms. Simone, opened tonight Off-Broadway  at New World Stages. This bio-musical, is written by and stars Laiona Michelle. It takes place at  two different concerts, a decade apart. Act I is from the Westbury Music Fair concert of April 7, 1968, three days after the assassination of Martin Luther King Jr. She dedicated the performance to him and sang “Why? (The King of Love Is Dead)”, a song written by her bass player, Gene Taylor. Ironically that song is not in the show. Act I includes “Feeling Good,” “Love Me Or Leave Me,””Break Down And Let It All Out”, “My Father”, “Ain’t Got No/ I Got Life”, “I Put a Spell on You,” “Little Liza Jane”, “I Wish I Knew How It Would Feel to Be Free,” and “Angry Black Woman”. 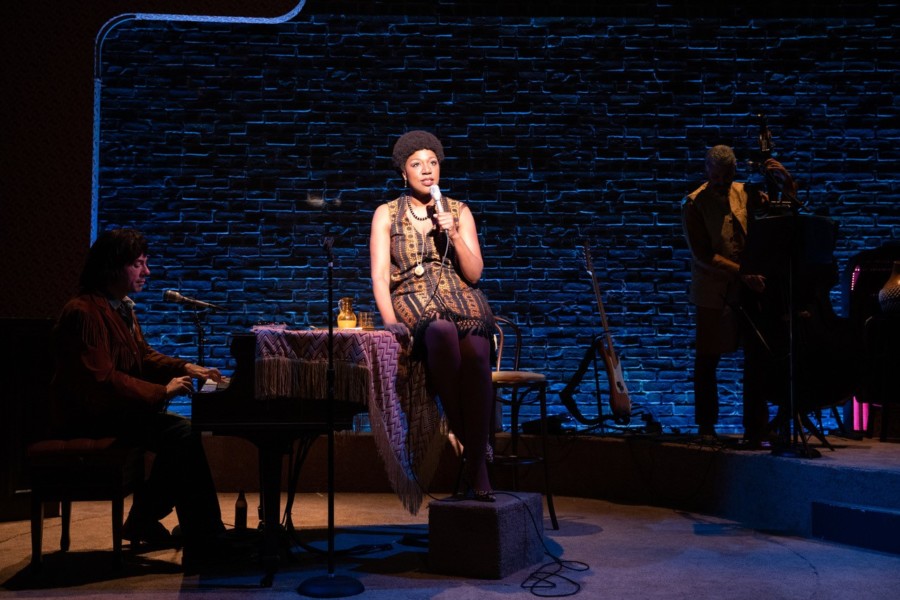 Act II takes place at the 1976 Montreaux Jazz Festival in Switzerland. The title song “Little Girl Blue,” starts the set. “Come Back Jack”, “Ne me quitte pas”, “Black Is the Color of My True Love’s Hair”, “Don’t Let Me Be Misunderstood”, “Only Child,” “I think It’s Going To Rain Today”, ending with “My Way”.

Through the songs and the snippets in-between, we learn that her sexual appetite took a toll on her marriage and mental health. She liked women as much as men. Her attitude toward sex was that we should be having it all the time. Her husband was abusive, as was her manager. Her husband beat her, raped her and in the play you get the feeling she lost the child, however she had a daughter named Lisa who Simone was abusive too. Simone was known for her temper. More importantly she wanted to be a classical pianist, but due to the times she was forced into a box she wasn’t exactly happy in. When Ms. Michelle plays the piano as Nina it is so moving and well done.

Laiona Michelle, is a spit fire tour-de-force as she breathes life into Ms Simone. She is a true actress and excels in the emotional connection that brings Nina Simone to life. It’s almost as if she has channeled this women. She brings her pain, her artistry and her soul to life. Though she sings wonderfully, it is only here that she doesn’t quite match the lower register and the French sound that Nina was so known for. In a sense Ms. Michelle is more of a singer, than Nina was, but make no mistake this is a fabulous performance.

Ms Michelle’s book though simple is well done, moving and extremely perfect for the times we are living in.

On the stage with Ms. Michelle are three fabulous musicians who can also act: Kenneth Salters on drums, Saadi Zain on bass, and pianist Mark Fifer, who is also the music director.

Ms. Michelle’s costumes by Ari Fulton, the wigs by Earon Nealey,  the set by Shoko Kambara  the lighting  by Dawn Chiang, the sound by Twi MCCallem and and Jamie Tippett are all well done.

Little Girl Blue premiered at George Street Playhouse in 2019 and had a summer 2021 run as part of the Goodspeed by the River series.