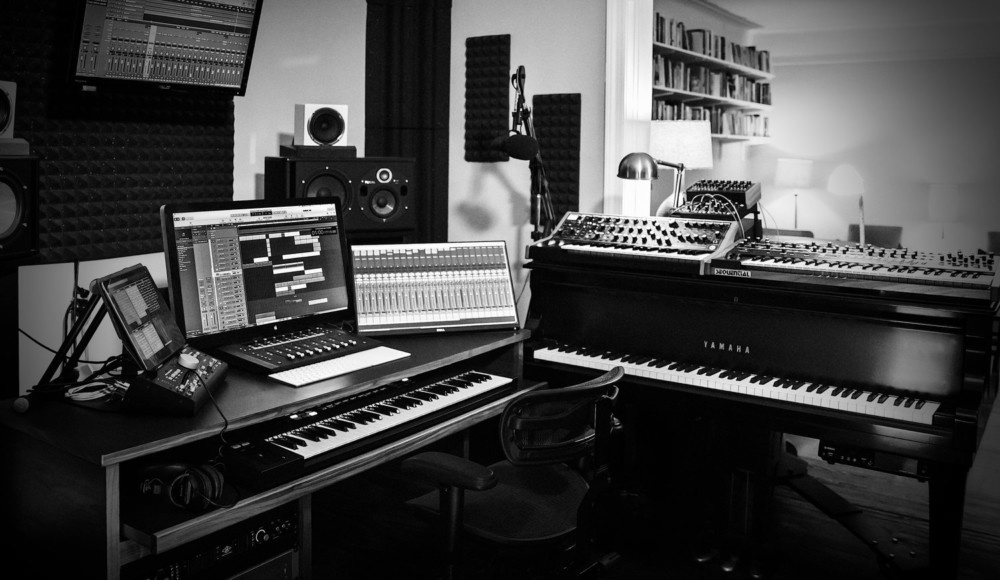 This morning Daniel Kluger a 2019 Tony nominee for his arrangements and orchestrations for Daniel Fish’s visionary Broadway revival of OKLAHOMA! Won the Outer Critic Award.

Klugger is also a music producer and sound designer successful at creating music for theater and film.

T2C sat down with this prolific composer to get the score.

T2C: What is your background in music?

Daniel Kluger:I am originally a jazz pianist. I studied jazz harmony and progression. My father was a manager for the Philadelphia Orchestra and I learned a lot of Broadway music from that.

T2C:Where do start when approaching writing a score for theatre?

Daniel Kluger:I’ll collaborate with the director.  You frame the themes when the scenery is moving. It gets you from one dramatic movement to the next. I write at the piano. In the world of theatre, your choosing a balance of recording and live. You are creating a world for a play that feels inevitable. It’s very similar to film scoring.

T2C: In Oklahoma you deconstructed an iconic theatre piece. Where was your mind set?

Daniel Kluger:I was very committed that the music functioned dramatically the way that it always has. The 7-piece blue grass band was an experiment. We really made small changes. You want the musician playing it to be natural, but with an extra special approach/

T2C:How did you approach each character’s song?

Daniel Kluger:I started by looking at the piece as a whole, that would work in the entire score. But then I have this amazing actor player playing Curley who can play the guitar. Jud’s song “Lonely Room”, was in the dramatic structure of the show and we kept that. The song starts with a slow pulse then a crescendo and the banjo and the violin start and then it builds. Its always about making the music appropriate to the story as you can.

T2C:In the dream ballet you went a totally different style using a Jimi Hendricks motif. What were you trying to say?

Daniel Kluger:We had 5 different version of the dream ballet. It was sonically fundamental to go electric. Originally the electric guitar came out of Curley, with a dancer alone on stage. When we took Curley out of the equation then we were freed up. There is over dubbing. It makes you listen in a way you haven’t before, it alters you bio rhythm, so that when you come back to “The Farmer and The Cowman”, this is a collaboration that really shakes the room.

Daniel Kluger: I’m in love with almost all of the R&H cannon and also R&Hart. I’m excited when working with directors, rather than pieces. I am looking for a conceptual collaborators. I work deeply on the sound of a piece.

T2C:You write a lot of scores for plays, where does your heart lie in creating music?

Daniel Kluger:I am lucky that I get to do a vast number of different things. I work with a range of directors, so no two projects are alike. Right now film podcasts are my sweet spot. I like woking within a mix of mediums with fabulous calibrators.

T2C: Mother’s day is coming up what is you fondest memory of your mother?

Daniel Kluger: I really, really am indescribably grateful for my mother. She encouraged me to learn to play the piano. I wanted to play drums or baseball, so this wasn’t easy.

Daniel Kluger:Performing is its own skill set. I haven’t be drawn to performing. I love improving. Performing and improve have created the background to what I do now.

T2C:Is there anything that we haven’t asked you that you would like our audience to know?

Daniel Kluger: I am really proud of what OKLAHOMA! Is saying and I am really excited its turning on an audience who isn’t accustom to musical theatre. I would like to see more cross pollination in theatre.

Daniel Kluger:I am doing a project at the Armory with Richard Jones, a revival of Judgement Day.Chris Shin is doing an adaption for it. It happens this fall.