Melissa Etheridge on Board For Mystic Pizza The Musical 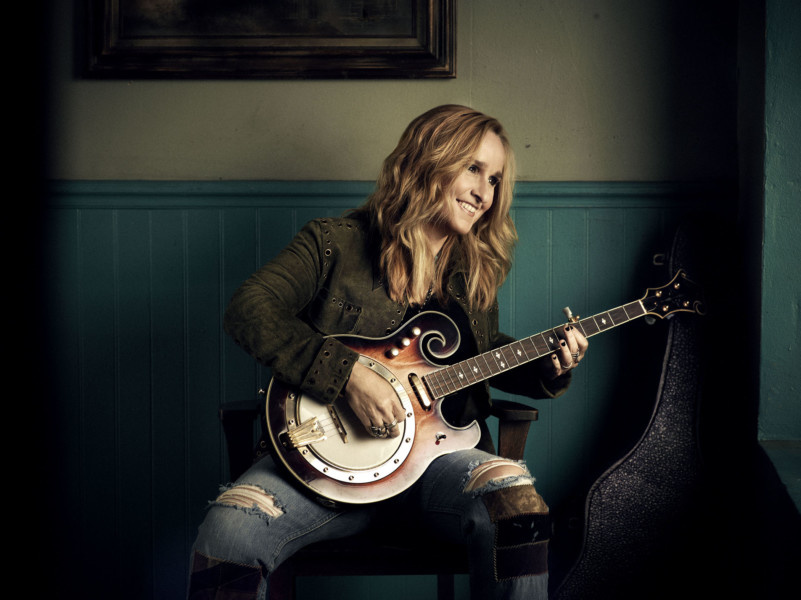 Melissa Etheridge on Board For Mystic Pizza The Musical

Mystic Pizza will be published and licensed by Concord Theatricals. Production plans and the remainder of the creative team for the musical, currently in development, will be announced shortly.

Mystic Pizza, the 1988 MGM cult classic romantic comedy that launched the careers of Julia Roberts and Matt Damon, follows the coming of age of three young women working as waitresses at a local pizza parlor in Mystic, Connecticut. Struggling within a local class structure that segregates the immigrant working class from the country club set, the women strive to define themselves beyond the shadow of their families and the men who pursue them.

According to co-writer and director Gordon Greenberg, “MGM’s Mystic Pizza is a seminal film for an entire generation of young people looking to distinguish themselves in a rapidly changing world. Adapting Amy Holden Jones’ original screenplay for the stage with rock icon Melissa Etheridge, a beacon of strength and raw musical energy, and the brilliantly hilarious Sas Goldberg, is a dream collaboration on a story that is as relevant today as it was when we all first experienced it. Featuring three strong young women at its core, and set in a community of immigrants dealing with traditionally limited expectations amid shifting class dynamics, it provides us with sparkly characters and a highly compelling world.”

Melissa Etheridge, one of rock music’s great female icons, has received 15 GRAMMY Award nominations throughout her career, winning two. Her critically acclaimed eponymous debut album, released in 1988, was certified double platinum. Her other studio albums include 1989’s Brave and Crazy, 1992’s Never Enough (featuring the GRAMMY winning single “Ain’t it Heavy”), 1993’s Yes I Am (a six times platinum album featuring the massive hits “I’m the Only One” and “Come to My Window,” which earned her a second GRAMMY Award), 1995’s Your Little Secret, 1999’s Breakdown, 2001’s Skin, 2004’s Lucky, 2007’s The Awakening, 2010’s Fearless Love, 2012’s 4th Street Feeling, 2014’s This is M.E., and 2016’s Memphis Rock and Soul. Etheridge also received an Academy Award for Best Original Song in 2007 for “I Need to Wake Up” from the documentary An Inconvenient Truth. Melissa made her Broadway debut in 2011 as St. Jimmy in Green Day’s rock opera, American Idiot, when she temporarily replaced Billie Joe Armstrong. She received a star on the Hollywood Walk of Fame, also in 2011.

Gordon Greenberg has written and directed on Broadway, Off-Broadway, in London’s West End, and for television. His acclaimed West End revival of Guys and Dolls was nominated for six Olivier Awards at the Savoy and then the Phoenix Theatre, starring Rebel Wilson. Greenberg co-wrote and directed the Broadway stage adaptation of Irving Berlin’s Holiday Inn at Studio 54 for Roundabout, Universal Pictures Stage Productions, and PBS Television’s Great Performances. He directed and adapted (with Stephen Schwartz and Lin-Manuel Miranda) the Drama Desk Award winning production of Working at 59 E 59 in New York, Broadway Playhouse in Chicago, and the Old Globe in San Diego. He directed and adapted the acclaimed New York revival of Jacques Brel Is Alive and Well… (Drama Desk, Drama League, Outer Critics Award nominations). Recent work includes the world premiere of The Heart of Rock and Roll, the new Huey Lewis musical, at The Old Globe, the gala reading of Terms of Endearment at the Geffen Theatre (starring Alfred Molina, Calista Flockhart, Constance Wu, Kate Burton and Kumail Nanjiani), the London revival of Barnum for the Menier Chocolate Factory, and writing the new book of Meet Me In St. Louis for the St. Louis MUNY’s 100th Anniversary. He is currently co-writing/directing the stage adaptation of The Secret of My Success for Universal, directing Piaf/Dietrich for Mirvish in Toronto, and co-writing/directing The Curious Case of the Curse of Count Dracula for the Maltz. For television, he co-wrote “Emerald City Music Hall,” an original movie musical for Nickelodeon Television and “Scramble Band,” an original movie musical for the Disney Channel.

Sas Goldberg has sold and developed television scripts and pilots at NBC, Fox, Sony, Warner Brothers and Bravo. She most recently wrote a pilot for NBC with Jeffrey Seller (Hamilton, Rent) and Flody Suarez (The Cher Show) producing. In 2017, Sas made her Broadway debut, as an actress, playing Kiki in Joshua Harmon’s Significant Other, a role she had originated in the Off-Broadway production (Roundabout). Her other stage credits include Stunning (LCT). She co-wrote, produced and starred in the film Are You Joking?, and the musical series The Battery’s Down. She also appeared in the films Ocean’s 8 and Becks, and on television in “You’re the Worst” (FX), “Search Party” (TBS), “Odd Mom Out” (Bravo), and “Happyish” (Showtime). She will next be seen recurring on the upcoming Jenji Kohan produced series “American Princess” (Lifetime).

Amy Holden Jones got her start in the film business when her documentary, “A Weekend Home”, won the AFI National Student Film festival.   One of the judges was Martin Scorsese who gave her a job as his assistant on “Taxi Driver”.   She subsequently became one of the youngest film editors in Hollywood, cutting for Hal Ashby, Joe Dante and Scorsese while still in her early 20’s.  At the age of 27 she directed her first feature, for Roger Corman, the cult classic “Slumber Party Massacre”.  She then wrote and directed the only art film Roger Corman ever produced, “Love Letters,” starring Jaimie Lee Curtis.  Her next feature, which she co-wrote and directed, was “Maid to Order,” a family comedy with Ally Sheedy.  The screenplay for “Mystic Pizza” was inspired by the actual restaurant in Mystic, Connecticut where Amy had a home.  It was the first all-female buddy film of the 80’s and plays regularly on television to this day.  After the success of “Mystic Pizza,” Amy’s career as a screenwriter took off.  Her screenplay credits include “Beethoven”, “Indecent Proposal”, “The Getaway”, and “The Relic,” among many others.  Amy returned to directing with “The Rich Man’s Wife”, a thriller starring Halle Berry and Clive Owen. In recent years she’s worked exclusively in television, and in 2014 she created the series “Black Box” which was on ABC. Currently she is the executive producer and co-creator of her show, “The Resident,” on Fox TV.

Metro Goldwyn Mayer is a leading entertainment company focused on the production and global distribution of film and television content across all platforms. The company owns one of the deepest libraries of premium film and television content as well as the premium pay television network EPIX, which is available throughout the U.S. via cable, satellite, telco and digital distributors. In addition, MGM has investments in numerous other television channels, digital platforms and interactive ventures and is producing premium short-form content for distribution. For more information, visit www.mgm.com.