Mr. Saturday Night Brings Billy Crystal To Broadway But It Is Shoshana Bean Who Walks Away With The Vocals 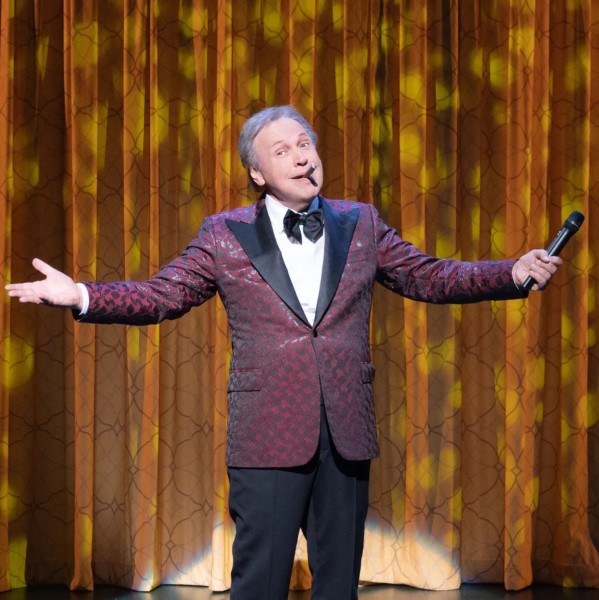 Mr. Saturday Night Brings Billy Crystal To Broadway But It Is Shoshana Bean Who Walks Away With The Vocals

We are settling for mediocrity on Broadway and cheering it on. Billy Crystal in Mr. Saturday Night at the Nederlander Theatre is watchable, has great comedic timing, can carry a tune, but is not Broadway caliber vocally. Randy Graff, David Paymer or for that matter Chasten Harmon, all have likable voices, are good actors, but they aren’t great at singing and the score by Jason Robert Brown with lyrics by Amanda Green reflects this. Then enter Shoshana Bean, who thankfully has been given two songs, “There’s a Chance” and “Maybe It Starts With Me,”which are great and she knocks them out of the park, which leads me to thinking Mr. Saturday Night should have stuck with a stage version of his 1992 film, which by the way only got mixed reviews.

The book by Crystal, Lowell Ganz and Babaloo Mandel, is for an audience who remembers the Borscht Belt, loves comedy and kvell’s over these kind of comedians and jokes. My guest actually loved the show, but she a comedy person and not a musical theatre person.

There are lots of old-school  jokes that are delivered by masters here. Crystal is extremely likable even if his character Buddy Young, is not. 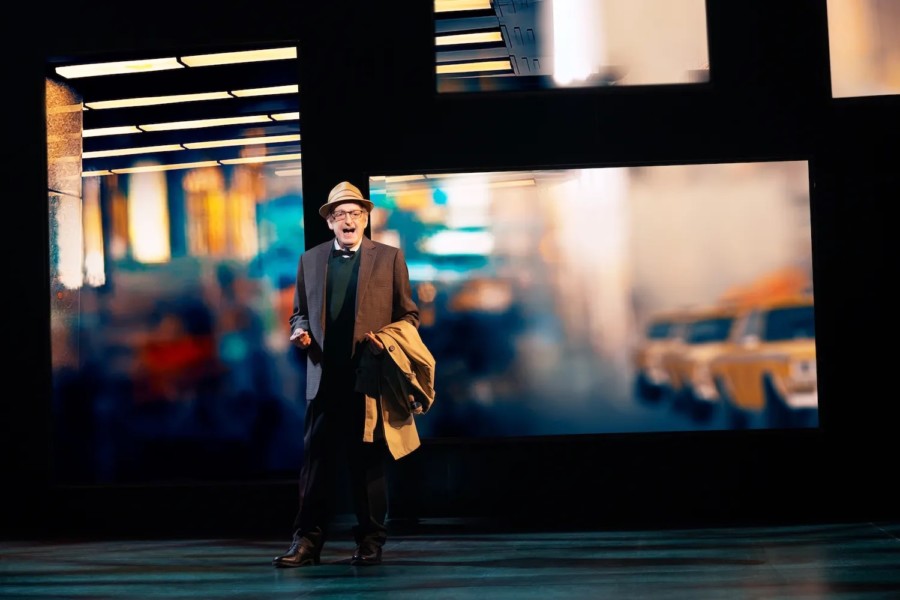 The story follows a comedian’s comeback, who is considered a legend. He has a habit of sabotaging his gigs. He became a television star with the help of his brother and manager, Stan ( David Paymer, who got an Oscar nod for playing Buddy’s estranged brother Stan), but alienates those close to him including Stan and his his daughter, Susan (the fabulous Shoshana Bean). Through a series of flashbacks, we see Buddy’s rise to stardom and his downfall. Starting in the Catskills he meets his future wife, Elaine (Randy Graff). Buddy gets a chance for a comeback when he is declared dead. A young agent named Annie Wells ( Chasten Harmon) who finds him work and even gets Buddy a shot at a role in a top director’s new film. Buddy’s self-destructive nature, continues to hurt those who love him, until he realizes the pattern. 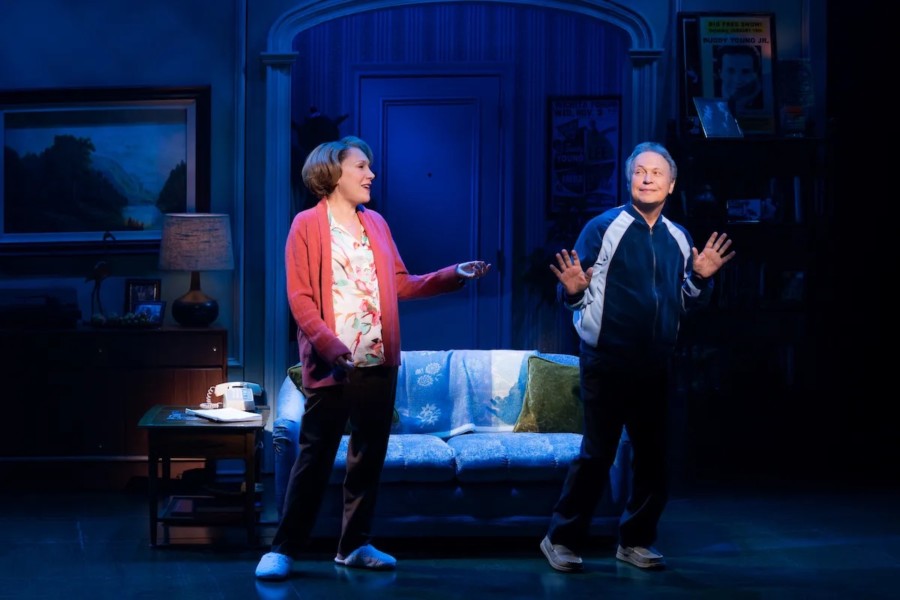 Jordan Gelber, Brian Gonzales and Mylinda Hull, play the supporting cast and do it all well.

The choreography by Ellenore Scott, sets byScott Pask, costumes by Paul Tazewell and Sky Switser, lighting by Kenneth Posner and sound by Kai Harada are all done by the best, but it is the projections by Jeff Sugg that give us a history and time frame.

John Rando directs this show with heart and laughs, so I predict it could run for awhile.