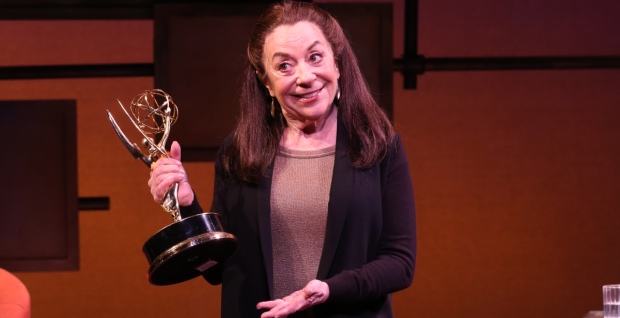 Not That Jewish Is The Perfect Hanukkah Gift of Laughter

Not That Jewish Is The Perfect Hanukkah Gift of Laughter 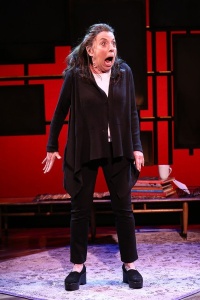 “I got paid well to think like a 3-year old. How cool was that?”

From one of the writers of “Rugrats” and several Emmy award winning series Monica Piper brings her new solo show, Not That Jewish, to New World Stages. Originally commissioned by Jewish Women’s Theatre Story Salon in California, Piper’ss tour de force show became so popular, it has come to New York. 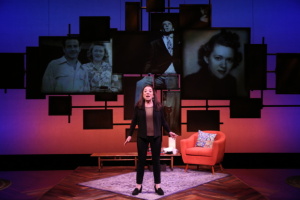 Monica’s stories of growing up begin with a father who was a  traveling comic in show business, until  he met her mother who worshipped him and she became pregnant. Believing in family first he gave up his career and the young family settle down in the Bronx. Piper shares her autobiographical journey and her quest to figure out what being Jewish when her family never attends temple. She is accused of not being Jewish and she sets out to figure where this all fit in. It starts with extremely funny stories of shows performed with her father in their living room. Applause at an early age played  part in knowing she was validated.

She ends up marrying two men, both  blond, All-American and Protestant. She blames it on Mickey Mantle, the blond God of baseball. Her father and her bonded over the Yankees and she idolized Mantle. Year later she meets Mantle at a restaurant and he hits on her. This is hysterically funny and one of the best moments in the show. 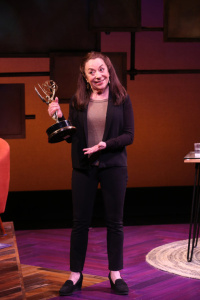 After her marriages she begins a life as a comedienne and is recruited by Rosanne Barr to write for her multi-award winning show, She moves on the “Mad About You” before becoming head writer on the #1 animated series Rugrats, winning an Emmy, which she proudly uses as a prop during the show. She even tells of taking the statuette to her son’s Little League game and instead a kid yells “Oh my Dad won an Oscar,” well that’s Hollywood. Piper’s son is adopted. After two failed marriages, fertility treatments, she chooses to be a single mother at 41.

Piper realizes it all comes down to having a Jewish heart and as long as you have acceptance of others, compassion, humor and a deep love of family, you are who you were born to be. In other words a mensch, a real good person.

Piper’s brings back the days of the Borscht Belt, Old World-style jokes and a time gone by. She is witty and full of life. Director Mark Waldrop ties everything together.

Part of the joy of watching this show is the laughter that rolls out and though the audience. In a time where laughter has been replaced with stress and fear, thanks to this abominable election, it is nice to hear this sound ringing out around you.

“Just remember, my Mom told me that real beauty takes lots of time and money.”